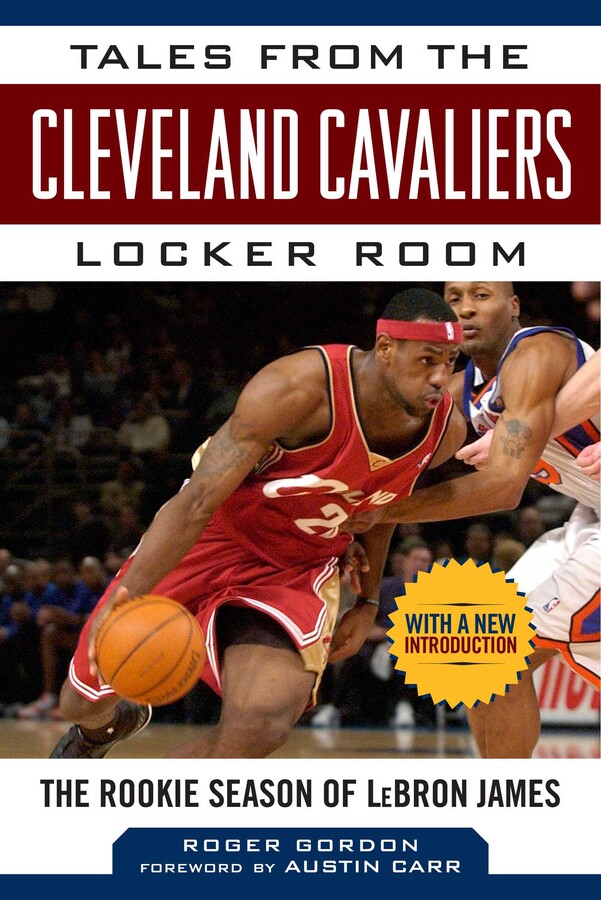 The Rookie Season of LeBron James

Part of Tales from the Team
By Roger Gordon
Foreword by Austin Carr
Published by Sports Publishing
Distributed by Simon & Schuster
LIST PRICE $12.99
PRICE MAY VARY BY RETAILER

Long before The Decision,” four MVP awards, and back-to-back NBA championships with the Miami Heat, LeBron James opened the 200304 season as an untested rookie with the Cleveland Cavaliers. In Tales from the Cleveland Cavaliers Locker Room: The Rookie Season of LeBron James, first published in 2004, readers will find anecdotes about this extraordinary rookie who grew up a stone’s throw away in Akron. Fans will read about the rest of the Cavaliers, from celebrations on the day lottery luck shone upon the team and the anticipation of LeBron’s debut to disappointments like the season-opening five-game losing streak and 6-19 start; from the excitement of a young team maturing under the guidance of head coach Paul Silas to the shrewd moves of general manager Jim Paxson. There were also the moments bordering on the absurd, like the near-riot on LeBron James Bobblehead Night. And there was the heartbreaking late-season injury to a key player that likely cost the Cavs a playoff berth.

Through the eyes and ears of the media, coaches, players, fans, and more, this book is a must-read for any Cavs or NBA fan. It is a whimsical reflection on the rebirth of a forlorn franchise that was quite possibly a ping-pong ball away from relocating to another state. It is a look back at how a team led by a teenage kid with remarkable skills, awesome strength, and incredible poise went from being the laughingstock of the NBA to becoming a true playoff contender.

In 2014, LeBron James decided to come home. Tales from the Cleveland Cavaliers Locker Room will make Cavs fans feel as if he never left.

Roger Gordon is a freelance writer who has authored four books, including Cleveland Browns: A to Z.

The Rookie Season of LeBron James

Part of Tales from the Team
By Roger Gordon
Foreword by Austin Carr
Published by Sports Publishing
Distributed by Simon & Schuster
LIST PRICE $12.99
PRICE MAY VARY BY RETAILER