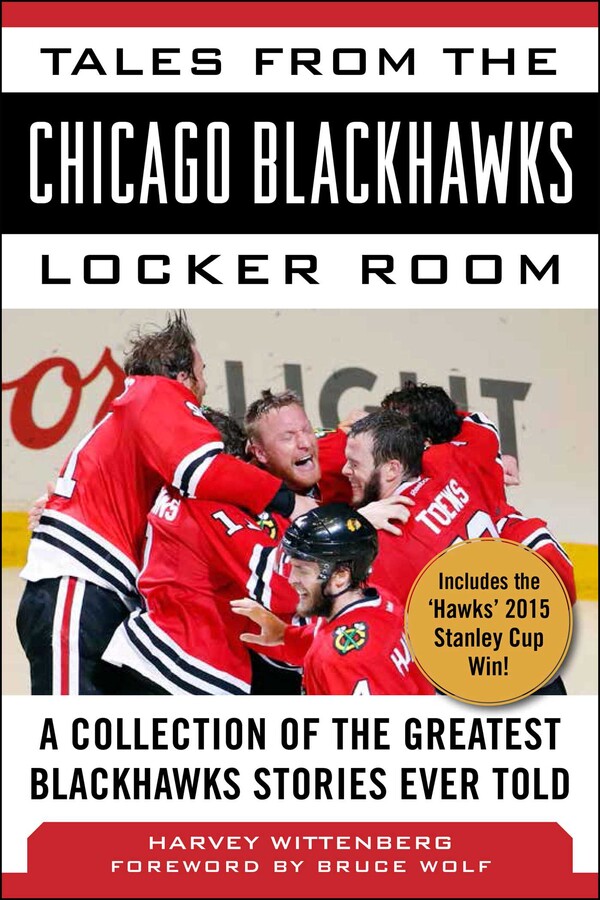 A Collection of the Greatest Blackhawks Stories Ever Told

As one of the NHL’s original six teams, the Chicago Blackhawks have given their fans millions of heart-stopping memories, thousands of unforgettable stories, and now six Stanley Cup Championships with their recent 2015 win.

Fans of this indomitable team can capture the excitement from the 20142015 season and relive all the memories of the beloved franchise in this newly updated edition of Tales from the Chicago Blackhawks Locker Room. From the Curse of Muldoon” to three championships in five years, the Hawks have a rich history. With all the charm and wit of a sportscaster who has been covering the Blackhawks for over sixty years, Harvey Wittenberg shares the greatest Hawks stories, including their 2010, 2012, and 2015 Stanley Cup title runs.

A Collection of the Greatest Blackhawks Stories Ever Told