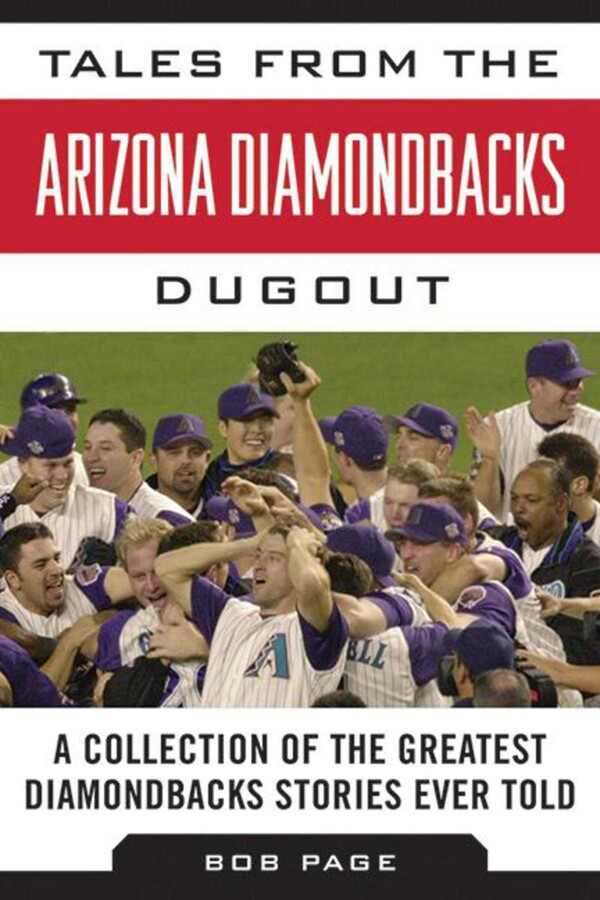 Tales from the Arizona Diamondbacks Dugout

A Collection of the Greatest Diamondbacks Stories Ever Told

Part of Tales from the Team
By Bob Page
LIST PRICE $19.95
PRICE MAY VARY BY RETAILER

In 1998 the expansion Arizona Diamondbacks made an inauspicious debut in Major League Baseball by losing 97 games. Yet the very next year they wound up in the National League playoffs after posting the greatest single-season turnaround in the history of the game. Just two years after that, the D-Backs won the 2001 World Series with an unforgettable rally against the New York Yankees.

First published in 2002, Tales from the Arizona Diamondbacks Dugout is a compilation of fascinating vignettes that give baseball fans an inside look at the 2001 Arizona Diamondbacks’ world championship season as well as many of the magic moments that preceded it . . . and beyond. From the founding of the expansion franchise to their quick rise to glory, as seen through the eyes of manager Bob Brenly, his coaching staff, and such D-Backs stars as Randy Johnson, Curt Schilling, Mark Grace, Matt Williams, and Luis Gonzalez, readers get a front-row seat for Arizona’s World Series win over the Yankees. Veteran sportscaster Bob Page takes you behind the scenes for an intimate, informative, and often humorous look at the Diamondbacks’ rise to glory.

Tales from the Arizona Diamondbacks Dugout

A Collection of the Greatest Diamondbacks Stories Ever Told

Part of Tales from the Team
By Bob Page
LIST PRICE $19.95
PRICE MAY VARY BY RETAILER