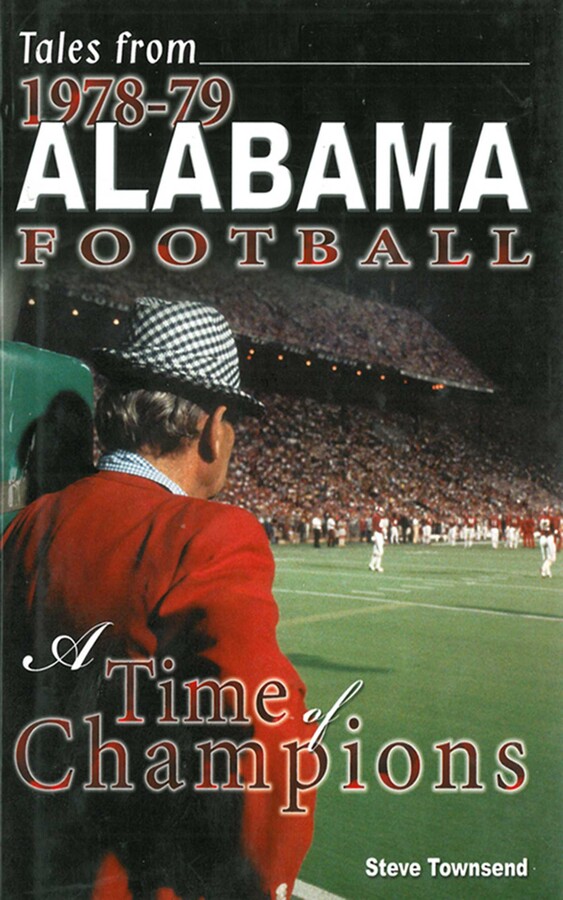 Tales from 1978-79 Alabama Football: A Time of Champions

If there was ever a sequence of plays that epitomized the steely resolution Paul William Bryant instilled in his football teams, it occurred in the fourth quarter of the 1979 Sugar Bowl in the national championship showdown with No. 1 Penn State. Those plays, forever commemorated in Crimson Tide football lore by timeless photos, paintings and video images, highlighted the Bryant canons of football and life: sacrifice, teamwork, pride, poise, confidence, determination and a sheer will to win. Although a quarter-century has now elapsed since those last two national championship seasons, Alabama fans have hardly relinquished the memories of a glorious past. Tales of the 1978-79 Alabama Football: A Time of Champion is a collection of behind-the-scenes stories and incidents that separated the Crimson Tide from the rest of the college football world during the high-tide times of Coach Bryant and his teams. It's about intimate moments with Coach Bryant with close friends, his staff and his players. It's about the coaches and players, and it's about being No. 1.

Tales from 1978-79 Alabama Football: A Time of Champions