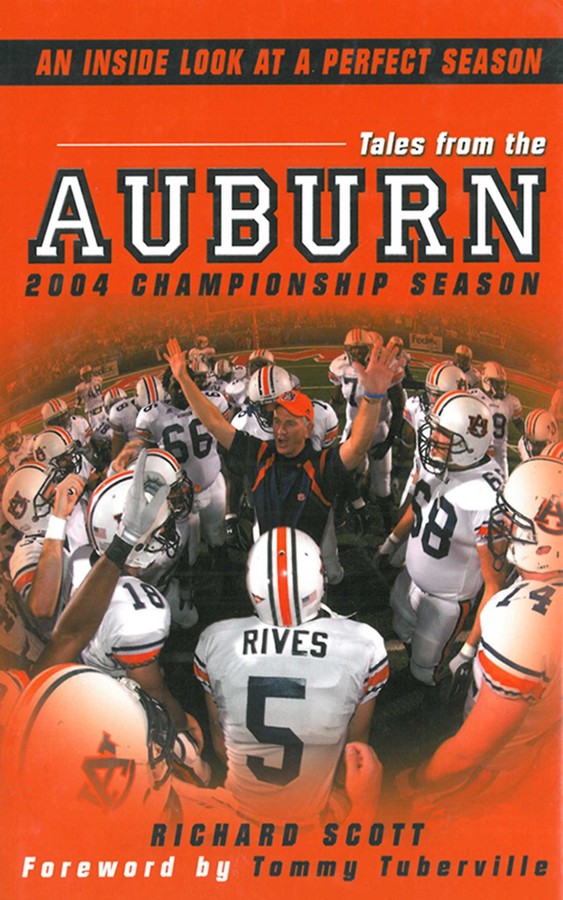 Tales From The Auburn 2004 Championship Season: An Inside look at a Perfect Season

By Richard Scott
LIST PRICE $6.99
PRICE MAY VARY BY RETAILER

How do you argue with perfection? The voters in the coaches and media polls can deliberate who's No. 1, the computers can spit out endless data to add to the arguments and everyone involved can ponder the merits of a playoff system, but some things aren't up for debate, especially the final perfection of Auburn's 2004 season. With a 13-0 record, an SEC championship and a Sugar Bowl victory, the Tigers know, "We're national champions in our hearts, even if no one else thinks so," quarterback Jason Campbell said. "No one can take that away from us." Nothing and no one, not the polls nor the computers, can take away what Auburn accomplished in 2004. Tales from the Auburn 2004 Championship Season is an inside look at the extraordinary character and the unique characters behind Auburn's undefeated season. "There's no doubt in my mind we left a legacy," safety Junior Rosegreen said. "They will never forget us. That's what it's all about."

Tales From The Auburn 2004 Championship Season: An Inside look at a Perfect Season

By Richard Scott
LIST PRICE $6.99
PRICE MAY VARY BY RETAILER