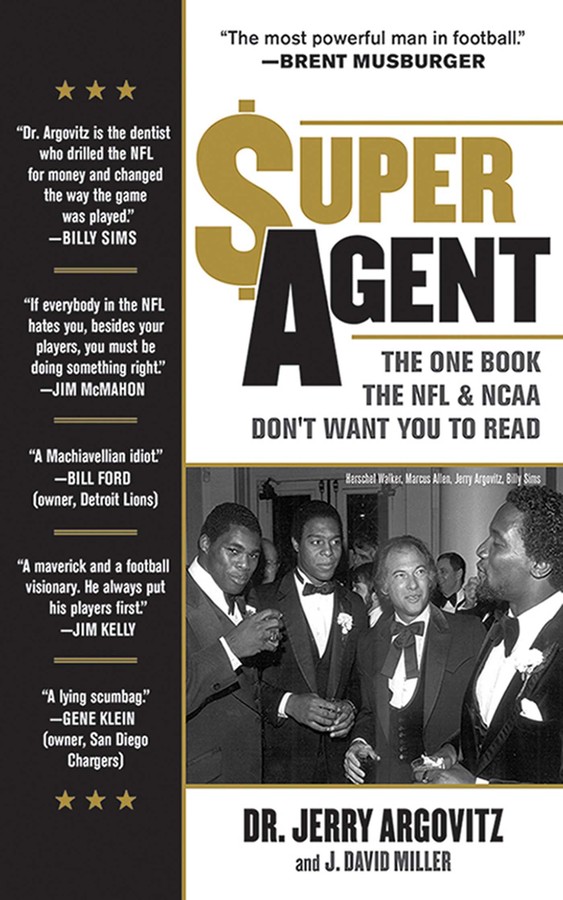 Super Agent. Maverick. Reformer. Iconoclast. Dealmaker. Dentist? Jerry Argovitz has worn many hats in his remarkable life, both inside and outside of the world of sports. As a player agent representing and advising some of the biggest names in the game, Argovitz challenged the NFL both at the negotiating table and in the courtroom, earning a reputation as one of the most powerful men in professional sports. He successfully negotiated the first milliondollar guaranteed contract in NFL history, wrote the language for career-ending insurance policy underwriting for Lloyds of London, and brokered the deal that brought Heisman Trophywinner Herschel Walker to the upstart USFL as a junior, which opened the floodgates for all underclassmen to follow.

As the owner of the Houston Gamblers of the USFL, Argovitz helped to implement several rules which were subsequently adopted by the NFL, and served as a principal figure in a lawsuit against the NFL that proved the league was guilty of Sherman Antitrust violations. Now, Argovitz has a plan to reform the corrupt world of college sports, a plan he will share in this eye-opening book.