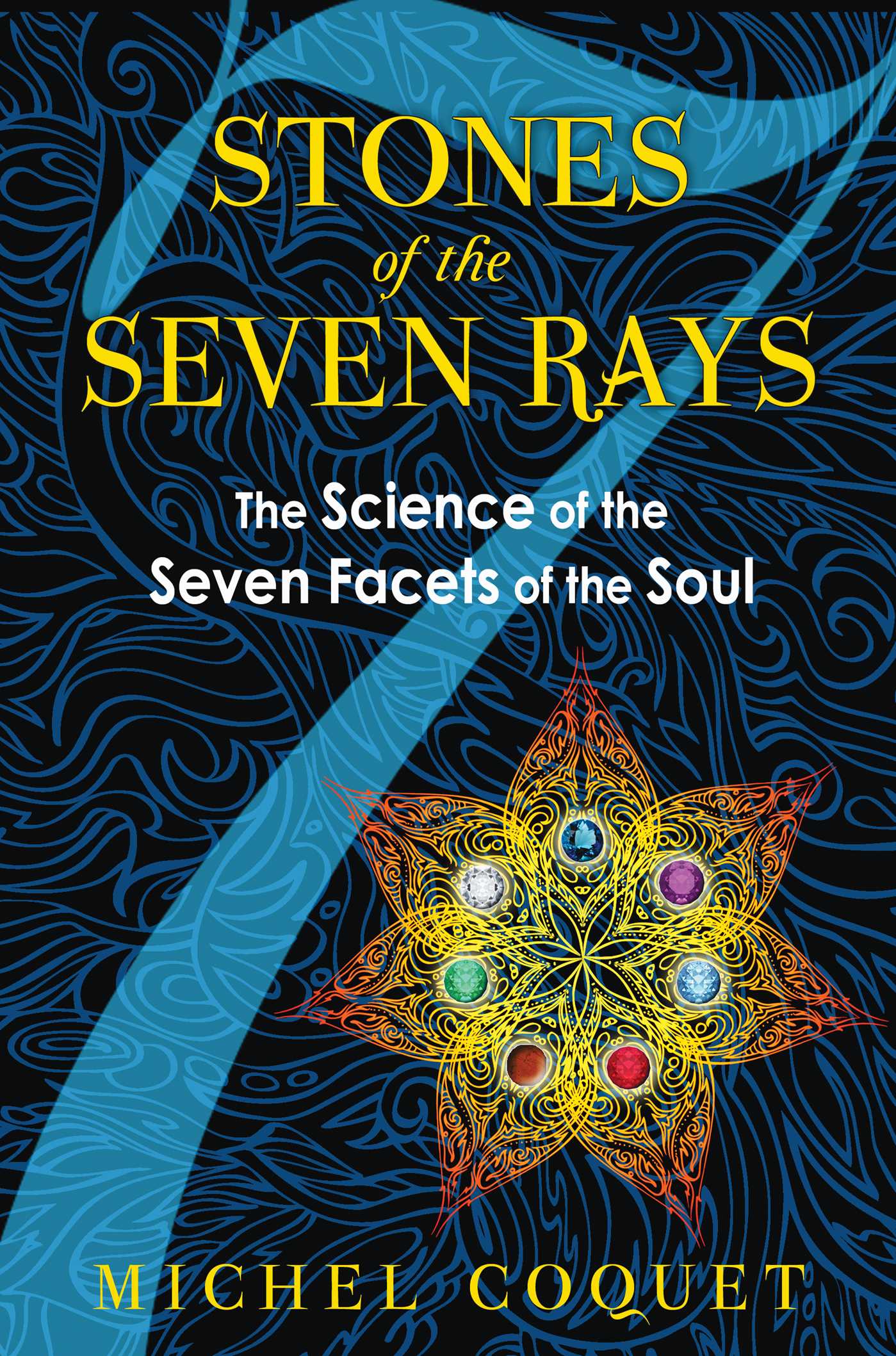 Stones of the Seven Rays

The Science of the Seven Facets of the Soul

• Reveals their spiritual and therapeutic uses, the meaning of their colors, their ties to the chakras, and their historical use in amulets, talismans, and other magical tools

Taught solely in secret for millennia, the Science of the Seven Rays was introduced outside of the ancient mystery schools of Western and Hindu tradition by some of the great occultists of the late 19th and early 20th century: H. P. Blavatsky, Manly Hall, C. W. Leadbeater, and Alice Bailey. Based on the soul’s seven-faceted nature, the Seven Ray system underlies metaphysical traditions around the world through its connections with the seven musical notes in the scale, the seven days in the week, the seven chakras, the seven colors of the rainbow, and the seven sacred planets. Laying out the key principles behind this spiritual science, Michel Coquet explores the seven sacred gemstones of the Seven Rays--diamond, sapphire, emerald, jasper, topaz, ruby, and amethyst--and shows that not all precious stones have true mystical powers: they must be charged, either naturally or through ritual, with a living deva or angelic presence before they can effect spiritual transformation and physical, mental, and soul healing.

Drawing on Hindu, Jewish, pre-Columbian, and Greco-Roman magical traditions with precious stones as well as their use by great initiates of history--including Hildegard von Bingen, Paracelsus, Cornelius Agrippa, Elias Ashmole, Nicholas Flamel, and the Count de Saint Germain--Coquet examines each sacred gem’s effects on the seven facets of the soul as well as their spiritual and therapeutic uses, the meaning of their colors, their influences on the chakras, and their use in amulets, talismans, and other magical tools. Illuminating techniques of invoking spirits into gemstones and reports of the power to enlarge diamonds at will, stones that produce anesthesia, and the use of gem medicines in India, Coquet reveals that while gems can influence our physical, mental, and spiritual well-being, without daily work toward a gem’s corresponding virtue, even a consecrated stone will have no effect, for the most beautiful gems are within.

WITH SAPPHIRE, which is on the second ray of Love-Wisdom, we are still in the higher triad of the seven rays. It is possible that the initiates of ancient Greece and Rome knew this as they identified sapphire with the planet Jupiter, which is also of the second ray.

The word sapphire comes from the Greek sappheiros (“blue-colored stone”) or the Hebrew sappir (“the most beautiful thing”). This rather translucent bluish gem is a kind of corundum that falls right after diamond with respect to hardness.

While the diamond represents the apotheosis of perfection in the mineral kingdom, the sapphire also enjoys a privileged status. It represents the goal and the means of attaining it. Let me explain. I have said that our solar Logos was of the second ray, which means in our current solar system, the principle of Love is that of re-absorption and the final fusion. Consequently, it is into the indigo blue of Love that we must dissolve, as it was in the green of creative intelligence that the humanity of the old system needed to merge with, and it will be with the red of the will that humanity of the final solar system must fully identify with in order to attain the white of the perfection of the solar Logos. As the second ray is always concentrated in the heart center, the sapphire remains the surest precious stone in terms of correspondence, and also the most useful for the human being at all stages of evolution.

QUALITIES OF THE SECOND RAY

- The power to build for selfish ends.
- Capacity to sense the Whole and to remain apart.
- The cultivation of a separative spirit.
- The hidden light.
- The realization of selfish desire.
- Longing for material well-being.
- Selfishness, and subordination of all soul powers to this end.

This leads to:
- Building wisely, in relation to the Plan.
- Inclusiveness.
- A longing for wisdom and truth.
- Sensitivity to the Whole.
- Renunciation of the great heresy of separativeness.
- The revelation of the light.
- True illumination.
- Right speech through generated wisdom.

The second ray consists of two complementary qualities: love and wisdom. Without love, man becomes cold, cruel, and egotistical. Through wisdom comes the power of understanding and comparing, after which the desire for pure knowledge and absolute truth can develop. Love is obviously the fundamental ray of the World Teacher, the Christ, just as Buddha was the Lord of Wisdom. It is therefore the ray of all humanity’s great teachers. The individual on this ray possesses great tact and foresight and will find success in a career of ambassador or in anything connected with education. His vision is balanced and he can discern the most insoluble problems most clearly. He therefore deals with matters both wisely and justly. Students on this ray are never satisfied with what they’ve learned, and their minds are ever awake and alert. They are constantly aspiring to new knowledge, to an inaccessible beyond.

This planet is important for the sign of Pisces as Cornelius Agrippa rightly noted. In fact, Jupiter and Pluto rule this sign, and it is the mutual play between these two powers that produces this sign’s duality, inspiring the great sensitivity of Pisces, a psychic sensitivity. This is also what produces the attraction to the path of evolution, and later to the state of the disciple, which accelerates the transmutation and leads to the definitive liberation through initiatory death.

Jupiter is the force (as is the stone and its ray) that unites all things, and in the case of Pisces what is joined are soul and form. The primary task of Jupiter is to reunite what is in opposition by nature--such as the head and the heart, reason and love, will and wisdom--and bring them into close, harmonious cooperation. The culmination will be a total fusion between the mind and the love principle, which is the essential quality of a savior of the world.

In its lower aspect, Jupiter gives fulfillment of desire and satisfaction of what is requested. In its higher aspect, it is the radiant expression of the love that magnetically attracts to itself what is desired for the good of the whole, a tendency to fuse together, which nothing can stop.

Jupiter is inclined toward traditional virtues, religion, order, justice, and focuses on the philosophical problems connected with these questions.

The second ray has a powerful effect on the heart and its gland, the thymus, as well as on the circulatory and nervous systems. It governs the etheric body’s ability to assimilate pranic energy from the sun via three minor chakras for which this is the specific function, the etheric spleen in particular.

For disciples and initiates alike, the heart center is often the cause of diseases connected with the physical heart. These are caused by being called upon to act too violently, compelled by a psychic pressure that has been maintained too long. Every individual bearing responsibilities and placed in the center of an activity or a group of workers, whether it involves spiritual activities or not, unintentionally attracts pranic energy into his heart center with sometimes negative consequences for the physical organ.

A sapphire placed on the heart chakra (on the back) is extremely effective in healing these imbalances. Placed directly on the chest, it will have a tendency to calm the thymus, with soothing effects on heart palpitations and high blood pressure. Sapphire also has a soothing effect on the nervous system in general and makes it possible to attain a perfectly relaxed state.
Michel Coquet

Michel Coquet is a scholar of Hinduism, esoteric Buddhism, and Eastern philosophy. An accomplished practitioner and teacher of martial arts, primarily traditional Budo, he is the author of nearly 40 books in French on martial arts, esoteric philosophy, theosophy, and religion. He lives in France.

“Whether you are researching gems for use in spiritual practice, or just want to make more ‘informed’ jewelry choices, this book has much to offer from a very knowledgeable author.”

“For stone lovers who want to look deeply into the history, mythology and folk tales surrounding the special powers of gems, minerals and crystals, Stones of the Seven Rays will make a fascinating read. Author Michel Coquet has drawn upon a wealth of research, knowledge and experience to produce a volume that is truly unique among the many books about the spiritual qualities of stones...Stones of the Seven Rays is unlike any other crystal book, and those who are avid to learn all they can about stones will find much new material here.”

“This book contains an incredible amount of information that is both interesting and of use. Whether one is interested in history or practical use of the Seven Rays and the stones, this book has it all.”

Stones of the Seven Rays

The Science of the Seven Facets of the Soul