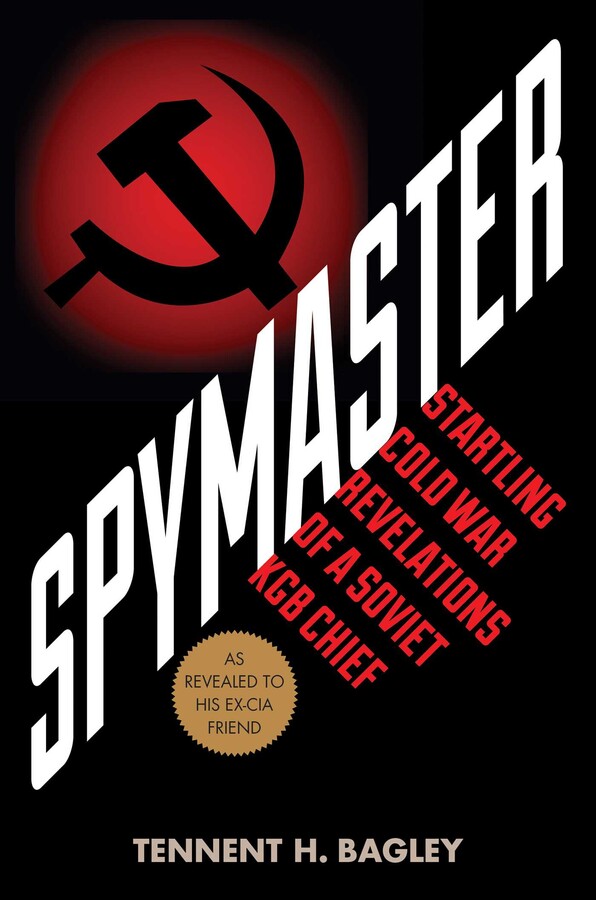 Tennent Bagley’s Spymaster is the single most revealing book about espionage to emerge from the Cold War.” Edward Jay Epstein, author of Deception: The Invisible War Between the KGB and the CIA

From the dark days of World War II through the Cold War, Sergey A. Kondrashev was a major player in Russia’s notorious KGB espionage apparatus. Rising through its ranks through hard work and keen understanding of how the spy and political games are played, he handled” American and British defectors, recruited Western operatives as double agents, served as a ranking officer at the East Berlin and Vienna KGB bureaus, and tackled special assignments from the Kremlin.

During a 1994 television program about former spymasters, Kondrashev met and began a close friendship with a former foe, ex-CIA officer Tennent H. Pete” Bagley, whom the Russian asked to help write his memoirs.

Because Bagley knew so much about Kondrashev’s career (they had been on opposite sides in several operations), his penetrating questions and insights reveal slices of espionage history that rival anything found in the pages of Ian Fleming, Len Deighton, or John le Carré: chilling tales of surviving Stalin’s purges while superiors and colleagues did not, of plotting to reveal the Berlin tunnel, of quelling the Hungarian Revolution and Prague Spring” independence movements, and of assisting in arranging the final disposition of the corpses of Adolf Hitler and Evan Braun. Kondrashev also details equally fascinating KGB propaganda and disinformation efforts that shaped Western attitudes throughout the Cold War.

Because publication of these memoirs was banned by Putin’s regime, Bagley promised Kondrashev to have them published in the West. They are now available to all who are fascinated by vivid tales of international intrigue.