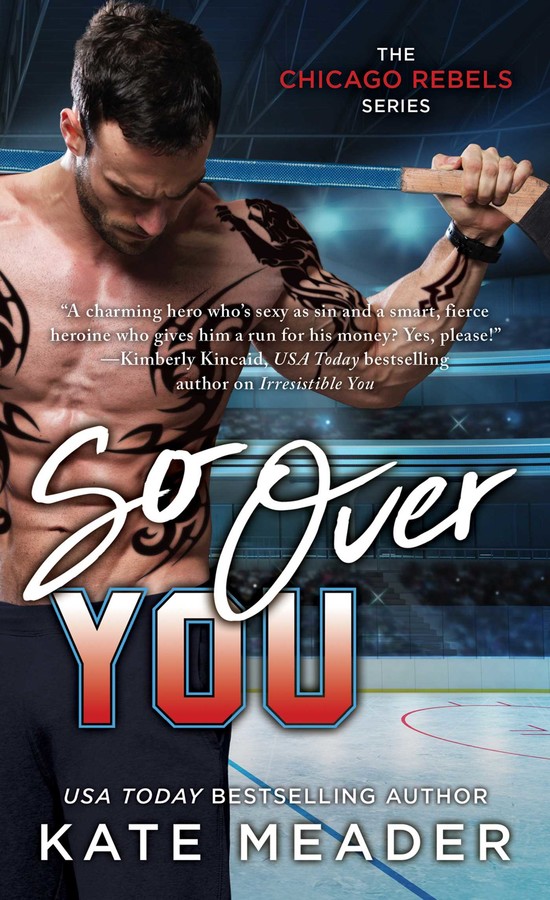 Book #2 of The Chicago Rebels Series
By Kate Meader
LIST PRICE $5.99
PRICE MAY VARY BY RETAILER

Three estranged sisters struggle to sustain their late father’s failing hockey franchise in Kate Meader’s sizzling Chicago Rebels series. In this second entry, middle sister Isobel is at a crossroads in her personal and professional lives. But both are about to get a significant boost with the addition of a domineering Russian powerhouse to the Rebels...

Isobel Chase knows hockey. She played NCAA, won silver at the Games, and made it thirty-seven minutes into the new National Women’s Hockey League before an injury sidelined her dreams. Those who can’t, coach, and a position as a skating consultant to her late father’s hockey franchise, the Chicago Rebels, seems like a perfect fit. Until she’s assigned her first job: the man who skated into her heart as a teen and relieved her of her pesky virginity. These days, left-winger Vadim Petrov is known as the Czar of Pleasure, a magnet for puck bunnies and the tabloids alike. But back then... let’s just say his inability to sink the puck left Isobel frustratingly scoreless.

Vadim has a first name that means “ruler,” and it doesn’t stop at his birth certificate. He dominates on the ice, the practice rink, and in the backseat of a limo. But a knee injury has produced a bad year, and bad years in the NHL don’t go unrewarded. His penance? To be traded to a troubled team where his personal coach is Isobel Chase, the woman who drove him wild years ago when they were hormonal teens. But apparently the feeling was not entirely mutual.

That Vadim might have failed to give Isobel the pleasure that was her right is intolerable, and he plans to make it up to her—one bone-melting orgasm at a time. After all, no player can perfect his game without a helluva lot of practice...

So Over You PROLOGUE


Hockey is not for pussies. Technically, it’s defined as a sport. Words like play and game get thrown around liberally to shield its true nature: hockey is warfare with water breaks. In the rink, you have over two thousand pounds of brute force clashing with whittled clubs, a rubber disc that could crush a larynx, and knives attached to feet. Let’s not pretend there’s anything civilized going on here.

Sold out. The arena was freakin’ sold out.

On jellied legs, Isobel Chase skated to the face-off circle at the center of the rink in the Bayside Arena, home of the Buffalo Betties. The puck hadn’t even dropped yet, but the raucous crowd of twenty thousand was already on its feet in anticipation of history about to be made.

The inaugural game of the National Women’s Hockey League, playing to a sold-out stadium, and she was here! On this night of firsts, Isobel would continue her storied career. Winner of the Patty Kazmaier Award for best NCAA player, last captain standing after the Frozen Four, silver medalist for Team USA . . . She could go on, but she had a professional fucking hockey game to win.

Melissande Cordet, the famed Canadian power forward and the only woman to get called up for a game in the NHL, hovered, ready to do the ceremonial drop. They’d chitchatted before the game and posed for photos while Cordet told Isobel how far women’s hockey had come. How Isobel and her fellow athletes were blazing a trail.

Come back to me with that BS, Mel, when there isn’t a salary cap of $270K on each team in the women’s league.

Yeah, yeah, Isobel got it. Baby steps. Until they could prove their worth with decent attendance figures, TV broadcast deals, and feminine hygiene product sponsorships, the Great Experiment would continue.

“Ready to make history?” Cordet asked in a voice liltingly inflected with her French Canadian accent.

Isobel remained still, her left hand choking her stick, her body bowed and tipped toward her opposite, Jen Grady, the captain of the Montreal Mavens. They’d roomed at Harvard together, skated to glory at the Games together, but that meant jack shit now. Tonight Isobel would be the first to touch the puck.

Drop, sweep, flick, chop—all viable strategies to win a face-off. Every day since he’d plopped her on the ice at the age of three, her father, Clifford Chase, had drilled into her the same advice. Know your enemy. Know what they’re going to do before they’ve even thought it. Grady liked to go for the crisp slice, so chopping her stick would be Isobel’s best move.

The old man was on his feet somewhere in the stands, though with his wealth and renown, he could have easily landed an entire box to himself. Wanting to feel the crowd, that pulsing, living thing as it rose and fell with the team’s fortunes, he’d bought a Buffalo Betties cap and planted himself in the thick of it.

When women go pro, you’ll be first on the line, Izzy. It’s why I’m harder on you than I am on the boys. It’s for your own good.

The boys, meaning the pro players on the Chicago Rebels, the NHL team her father owned and ruled with an iron fist. Substitute sons, they were sporadically successful, which only served to place more pressure on Isobel’s shoulders. She inched those shoulders forward.

The night went downhill from there. 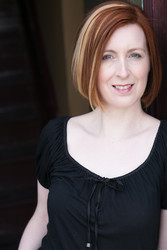 Originally from Ireland, Kate Meader cut her romance reader teeth on Maeve Binchy and Jilly Cooper novels, with some Harlequins thrown in for variety. Give her tales about brooding mill owners, oversexed equestrians, and men who can rock an apron, a fire hose, or a hockey stick, and she's there. Now based in Chicago, she writes sexy contemporary romance with alpha heroes and strong heroines (and heroes) who can match their men quip for quip. Visit her at KateMeader.com.

Book #2 of The Chicago Rebels Series
By Kate Meader
LIST PRICE $5.99
PRICE MAY VARY BY RETAILER

More books in this series: The Chicago Rebels Series