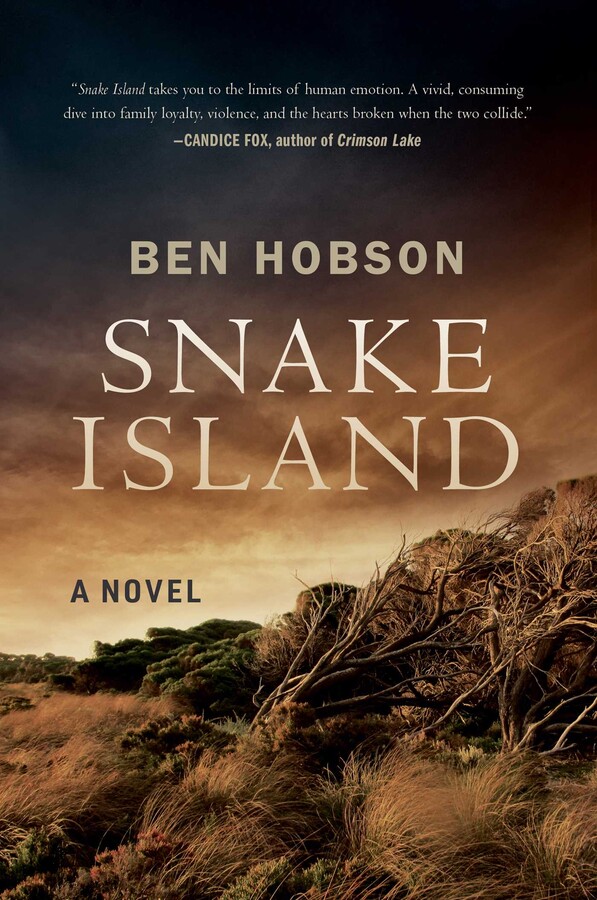 For fans of Cormac McCarthy, Phillip Meyer, and shows like Fargo and Justified, a gritty rural noir thriller about family, drugs, and the legacy of violence.

In an isolated town on the coast of southern Australia, Vernon Moore and his wife, Penelope, live in retirement, haunted by an unspeakable act of violence that sent their son, Caleb, to serve time in prison and has driven the couple apart. Ashamed, they refuse to talk about him or visit, but when a close friend warns Vernon that Caleb has been savagely beaten, he has no choice but to act to protect their only child.

The perpetrator of the beating is a local thug from a crime family whose patriarch holds sway over the town, with the police in his pay. Everyone knows they trade in drugs. When Vernon maneuvers to negotiate a deal with the father, he makes a critical error. His mistake unleashes a cycle of violence that escalates to engulf the whole town, taking lives with it, revealing what has been hiding in plain sight in this picturesque rural community and threatening to overtake his son.

Told from shifting perspectives at a sprint, in language that sometimes approaches the simple profundity of parable, this gritty debut was hailed on its Australian publication as “a darkly illuminating thriller that soars across genre constraints . . . [and] engages with pressing contemporary issues while exploring timeless questions. Hobson writes as if his life depends on it” (The Australian).

“Snake Island takes you to the limits of human emotion. A vivid, consuming dive into family loyalty, violence, and the hearts broken when the two collide.” — Candice Fox, bestselling author of Crimson Lake

“A darkly illuminating thriller that soars across genre constraints . . . An engrossing literary novel that engages with pressing contemporary issues while exploring timeless questions. Hobson writes as if his life depends on it.” – The Australian

“There is such a weight to the narrative, such a sense of impending doom, that the final chapter is incredibly tense and you don’t dare take your eyes off the page. . . . You will be sucked into such darkness that you may find it hard to imagine how it is all going to be wrapped up by novel’s end.” – AustCrimeFiction

“A rollicking tale of crime, corruption, and vengeance.”—Mark Brandi, bestselling author of Wimmera

“Hobson’s Snake Island is a richly satisfying fusion of mature outback noir & revenge western, its creeping sense of dread matching the dark domesticity of crime film Animal Kingdom and the failings of masculinity in McCarthy’s No Country for Old Men.”—Conversations with Writers

“[Hobson’s] spare, muscular writing is captivating; and in the end, the scales are evenly weighted: corruption, rage and revenge are counterbalanced by loyalty, faith and redemption” – The Saturday Paper

“For almost thirty years, as far as writing about the masculine condition is concerned, Tim Winton has been the voice of Australian literature. He has enjoyed that space singularly. In Ben Hobson, the next generation has finally cleared its throat and speaks powerfully.”—HicksBookClub