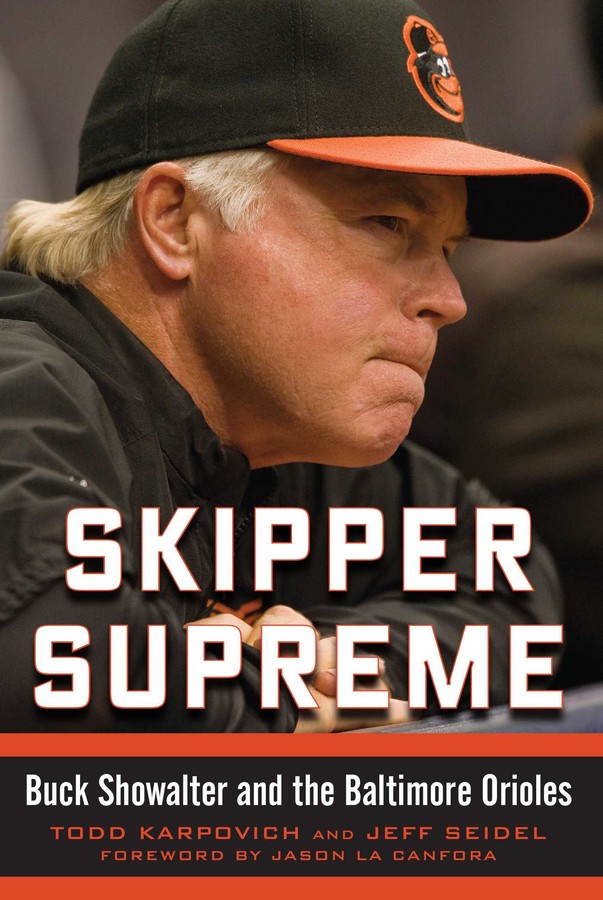 For the first decade of the 21st century, the Baltimore Orioles were perpetual cellar dwellers, with losing seasons from 19982011fourteen straight years. They were the worst team in baseball when two-time American League Manager of the Year Buck Showalter took over as manager in August 2010, but they went 34-23 in the last two months of the season, and that set the tone for everything to follow.

Buck, along with Andy MacPhail (president of baseball operations) and Dan Duquette (general manager), worked hard to change things in Baltimore, and the results have shown. In 2012, the Orioles went 93-69 and reached the postseason for the first time since 1997. In 2013, they fell short of the playoffs, but they still hit the most homers in the majors. They also set a new record in errorless games and fewest errors in a season. In addition, the Orioles boasted three Gold Glove winners: third baseman Manny Machado, center fielder Adam Jones, and shortstop J.J. Hardy. In 2014, after winning the AL East, they swept the Tigers in the divisional series before losing to the red-hot Royals in the American League Championship.

This book details the club’s miraculous turnaround under Buck. It discusses key signings like Nelson Cruz, the quiet effectiveness of Nick Markakis, Jones’s leadership, the struggles of Chris Davis, and several other story lines from Showalter’s tenure.