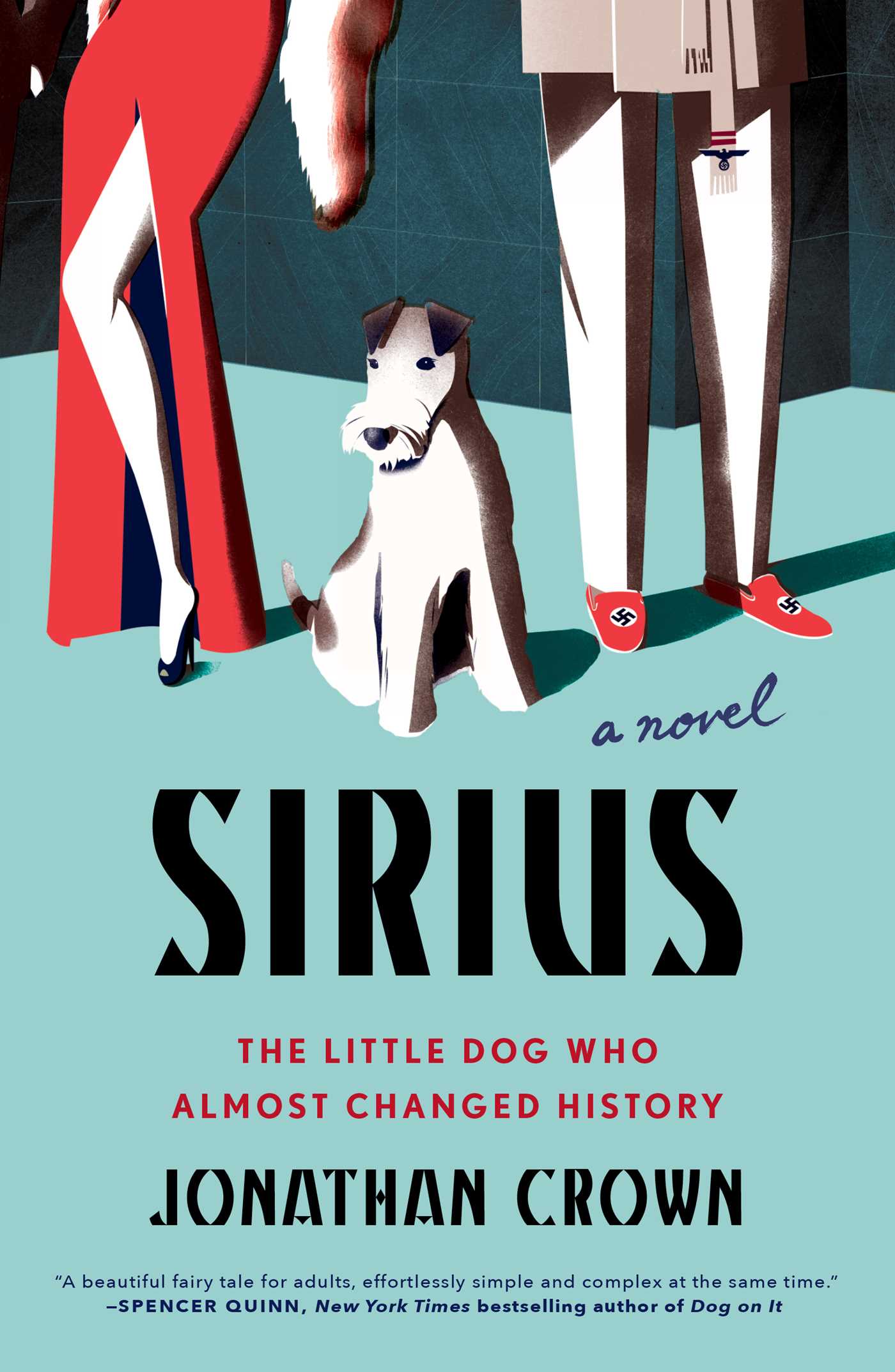 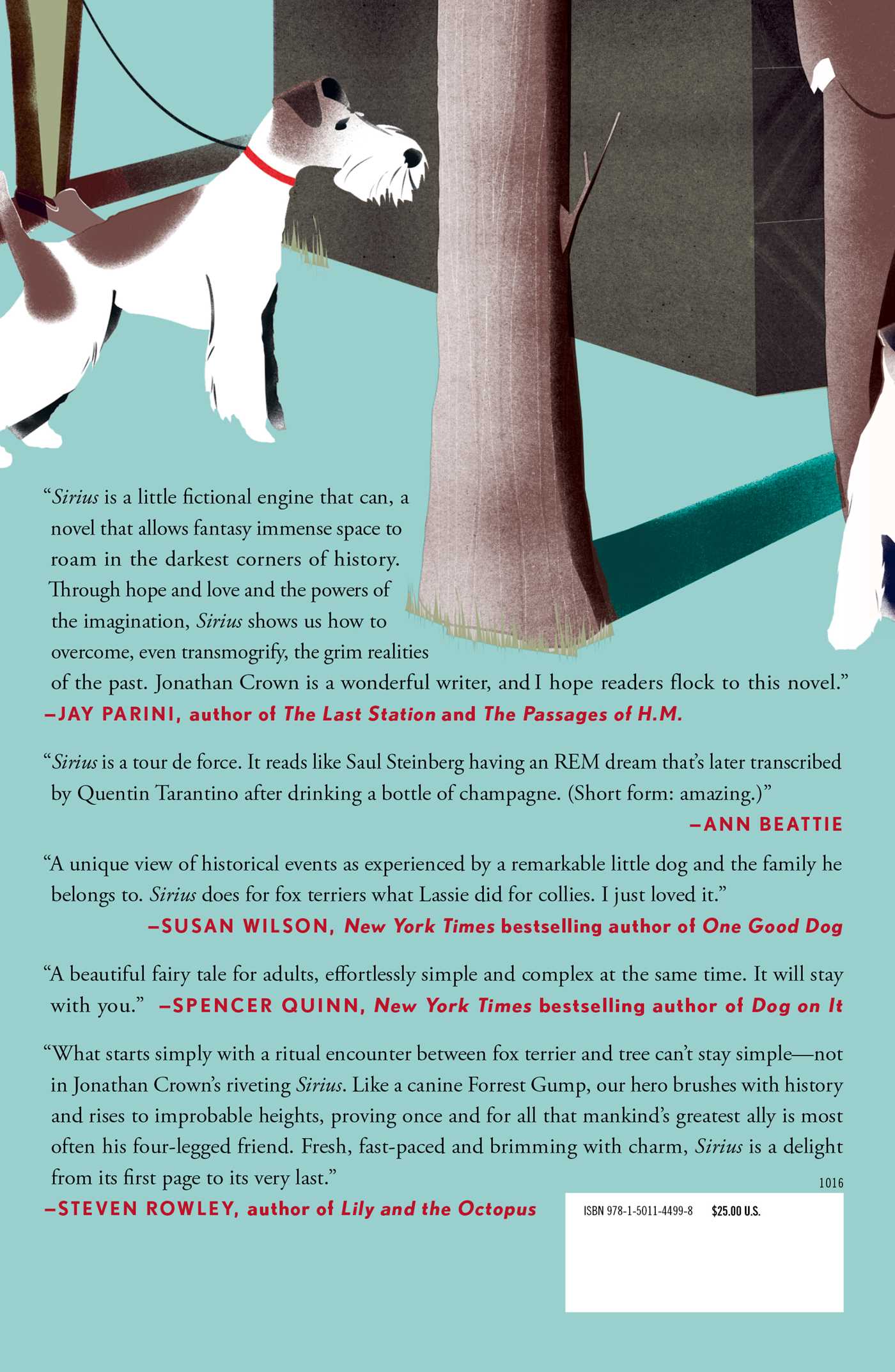 A highly original, tragicomic novel as seen through Sirius, an extraordinary dog who helps his Jewish family escape from Germany to California, becomes a Hollywood star, and ultimately contributes to Hitler’s downfall.

Levi, a fox terrier, lives with his family in a grand townhouse in Berlin. Each day he enjoys a walk through the neighborhood, where people greet him by name. But the year is 1938, and Berlin is no longer safe for Levi or the Liliencrons, his Jewish owners. They rename him Sirius, after the constellation, to protect him.

One night, Nazi troops storm the city and begin to search houses. Sirius alerts the family, and they manage to flee to California. In his new home, Carl Liliencron becomes a chauffeur and Sirius befriends everyone from Humphrey Bogart and Cary Grant to Rita Hayworth and Jack Warner. He is renamed Hercules and becomes a canine movie star. Little does Sirius know that he’ll soon have to perform his most difficult acting role yet, when through a series of exceptional events as World War II unfolds, he winds up at the right hand of Hitler himself. Can Sirius help the German resistance, derail the Führer, and reunite with his family? Or is the cost of peace too high?

With charisma, heart, and delightfully spry prose, Sirius is an enchanting fairy tale about love and humanity and a roving exploration of a momentous historical moment. Like My Dog Skip and The Artist, this feel-good novel will make you stand up and cheer.

This reading group guide for Sirius includes an introduction, discussion questions, and ideas for enhancing your book club. The suggested questions are intended to help your reading group find new and interesting angles and topics for your discussion. We hope that these ideas will enrich your conversation and increase your enjoyment of the book.

A highly original and utterly charming debut novel, Sirius follows the story of a globetrotting fox terrier with star quality. Levi lives with his family, the Liliencrons, in Berlin. But it’s 1938, and Berlin is no place for a Jewish dog. To escape the notice of the Nazis, Levi changes his name to Sirius, and the Liliencrons flee—to Hollywood. When Sirius stumbles on to a movie set, it’s clear that he might just be the next big thing. But as any little dog knows, sometimes the world has a mind of its own. It’s not long before Sirius finds himself back in Berlin—and without his family to protect him. When he inadvertently wins the love and loyalty of Adolf Hitler, Sirius finds his Hollywood charm has the potential to change the world.

1. The book opens with a scene in which Professer Liliencron steps out of his house and takes his dog, Levi, down a small side street to play at the first tree. Jonathan Crown writes, “The professor and his dog. Always at the same time, always at the same tree. In the heart of Berlin” (p. 2). Why does the author set up the story with his ritual? What is the significance of ritual in the book?

2. On pages 8–10, the National Socialist Animal Protection Association takes an interest in a brilliant dachshund rumored to be able to read and converse with humans. The agency wants to discredit the dog because, if speaking and thinking animals exist, “then humans—like Jews, Gypsies and Poles—could be speaking and thinking animals too.” Discuss the importance of this comment and how it could be applied today.

3. Professor Liliencron says “Everyone has a mask in these macabre times” (p. 20). What types of masks do different characters don throughout the book and why?

4. The second decree for the implementation of the law of August 17, 1938, regarding the alteration of surnames and forenames says in Paragraph 1 that Jews are only permitted to bear such forenames as are listed in the guidelines set out by the Reich Minister of the Interior (p. 11). Levi was named Sirius after the Big Dog constellation. He is happy with his new name but feels the responsibility weighing down on him. How does the book demonstrate the power of names? What is the significance of Sirius’s name change? Is Sirius a different dog with a new name? How does he change?

5. As previously discussed, the power of names is a prominent theme throughout the book. How much do names impact identity for characters other than Sirius? For example, how does the power of a name impact the Hollywood characters?

6. Sirius is described as an intrepid dog. “His shaggy fur, mottled white, brown and black, gives him a rebellious, belligerent air. He looks like a dusty carpet that inspired the tricolor of some unknown land” (p. 16). What symbolism do you see rooted in Sirius’s appearance?

7. The book is written with a light, playful tone despite the seriousness of the time period in which it is set. Discuss the effect of this contrast.

9. The family moves back to Germany after Hollywood kicks them out. How does this reflect on the nature of Hollywood? Does it seem like a parallel to when the family was kicked out of Germany? How does a desire to belong play a role in the Liliencrons’ fate?

10. Discuss Hitler’s portrayal in the book. How does this rendering compare to other fictional accounts of Hitler? What is different or surprising?

11. Hitler was known to have a strong interest in the occult, especially hypnosis and astrology. In the book, he has all astrologers executed, except one—Professor Wulff, who tells Hitler that the stars wanted Sirius in Hitler’s life and that Sirius is Hitler’s fate (p. 205). What does he mean by this? How are the stars incorporated throughout the book and why?

3. The author was born in Berlin in 1953 and has since led a nomadic life, not unlike Sirius. He traveled to Zurich, New York, Saint-Paul de Vence and Sorrento with his companion, Louis, a fox terrier. Jonathan Crown now lives with his dachshund, Kelly. How might Crown’s personal experience and family history have influenced the story? 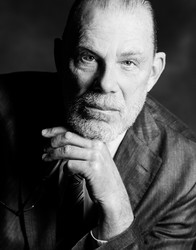 Jonathan Crown was born in Berlin in 1953, where he currently lives with his dachshund, Kelly. Sirius is his first novel.

"Sirius is a little fictional engine that can, a novel that allows fantasy immense space to roam in the darkest corners of history. Through hope and love and the powers of the imagination, Sirius shows us how to overcome, even transmogrify, the grim realities of the past. Jonathan Crown is a wonderful writer, and I hope readers flock to this novel.”--Jay Parini, author of The Last Station and The Passages of H.M.

“Sirius is a tour de force. It reads like Saul Steinberg having an REM dream that’s later transcribed by Quentin Tarantino, after drinking a bottle of champagne. (Short form: amazing.)”—Ann Beattie

“A unique view of historical events as experienced by a remarkable little dog and the family he belongs to. Sirius does for Fox Terriers what Lassie did for Collies. I just loved it.”—Susan Wilson, New York Times bestselling author of One Good Dog

"Like a canine Forrest Gump, our hero brushes with history and rises to improbable heights, proving once and for all that mankind's greatest ally is most often his four-legged friend. Fresh, fast-paced and brimming with charm, Sirius is a delight from its first page to its very last.—Steven Rowley, author of Lily and the Octopus

"A fable about family, the timeless connection between human and dog, and the nature of identity.Crown offers a waggish tale in which an amiable fox terrier lives out a Forrest Gump adventure."--Kirkus Reviews

"A lovely novel....The success of his light approach to serious subject matter owes much to Sirius...but it's clear that beneath the comic veneer, a grave imperative drives his storytelling"--The Independent (UK)

"Unique and unforgettable ... a genuinely sweet and uplifting novel."--Catholic Herald

"Crown’s charming tale is an odyssey in the vein of Black Beauty and Lassie, and will no doubt find plenty of fans among animal lovers."--Booklist

"An elegant, charming, and heartwarming fable—a preternaturally kind and wise dog is lost, found, and lost again...Take one part Zelig, one part Siddhartha, and one part Rin Tin Tin; render with the elan and jeu d’esprit of Saint-Exupéry; add Nazis, and you get the gist of this exuberant and elegant story."--Vogue

"Channels the playful and ironic spirit of Kurt Vonnegut....Written with compassion and humor, and peppered with fantasy and the absurd details of history, Sirius is a triumphant novel about a small terrier who (nearly) saves the world."--The Missourian

"A Forrest Gump-level mishmash of history and fiction.... Sentimental without being maudlin...Sirius is a peculiar romp for the ages.”--Manhattan Book Review

"Sirius maintains his aplomb and essential dogginess whether dealing with Hollywood starlets, bloodthirsty lions, or the most evil regime of the 20th century. This quick-paced, entertaining first novel will appeal to dog lovers and fans of light historical fiction."--Library Journal

"Simply written yet deeply complex...this story, and Sirius, will haunt you long after you’ve closed the book."--Historical Novels Society

"A beautiful fairy tale for adults, effortlessly simple and complex at the same time. It will stay with you."—Spencer Quinn, New York Times bestselling author of Dog On It