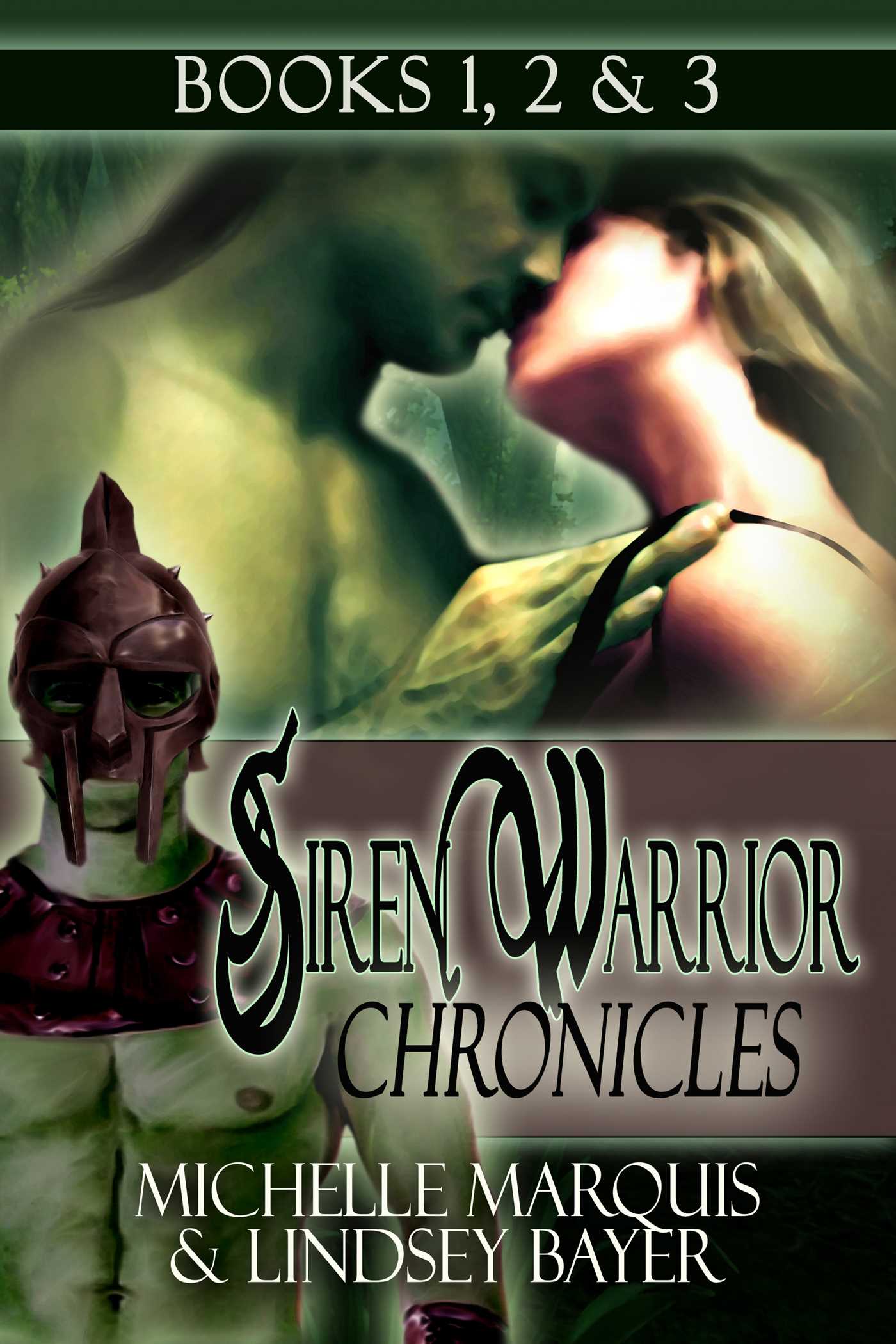 The first three novels in the thrilling Erotic Romance/Science Fiction series from authors Michelle Marquis and Lindsey Bayer, including: Siren Warrior Book 1: Maiden's Curse: On the harsh and brutal planet of AEssyria, women are expected to be quiet, obedient and demur, but poor Gypsy Theron is none of these things. To the great chagrin of her parents, Gypsy Theron is a hellion, and growing up the daughter of a famous AEssyrian General hasn't helped matters. Now, at nineteen, it's time for her to choose her own career and she's chosen to be a warrior. Unfortunately, for her, that's an impossible dream for a woman of AEssyria Colonel Caraculla is a Razorback AEssyrian and the general's right hand man. He served under Gavin for a very long time and the two are as close as brothers. But Gypsy is about to storm into his life and steal his heart away. His love for her will not only strain his friendship with Gavin, it will cost him everything. Siren Warrior Book 2: Harlot's Life: Gypsy Theron is delighted with her new combat training. Encouraged by her recent victories, and aided by her Razorback lover, Caraculla, her dream of becoming a warrior is finally within reach. All she has to do is focus and not let the gorgeous colonel distract her from her goal. But what she doesn't realize is her father is far from finished with her, and her beloved Caraculla is his right hand man. Now Gypsy must overcome several new obstacles on her path to victory, and one of those obstacles she just can't seem to resist.Colonel Caraculla is a Razorback AEssyrian and General Theron's right hand man. He agreed to take over Gypsy's training to see her succeed. But now he has a problem--he's fallen madly in love with her. If she continues to win, it will mark the end of their affair, and that's something he just cannot accept. Siren Warrior Book 3: Outlaw Bride: Gypsy Theron is so close to achieving her ultimate victory in the arena she can almost taste it. Everything seems to be going right for her—her father, legendary General Gavin Theron, has finally agreed to train her, her relationship with Colonel Caraculla is passionate and strong, and her budding career as a warrior is finally underway. But nothing is ever as easy as it appears and in the blink of an eye, everything she loves will be threatened. And poor Gypsy is about to learn the hard way that training under her father will not only require all the strength in her body, but also all the love in her heart. Genre: Erotic Romance / Science Fiction Rating: Erotic Romance - Explicit (Contains adult content, language, and graphic sex) Don't miss books 4, 5 , & 6 in the series, Siren Warrior Chronicles: Books 4, 5 & 6 at a special single volume price!