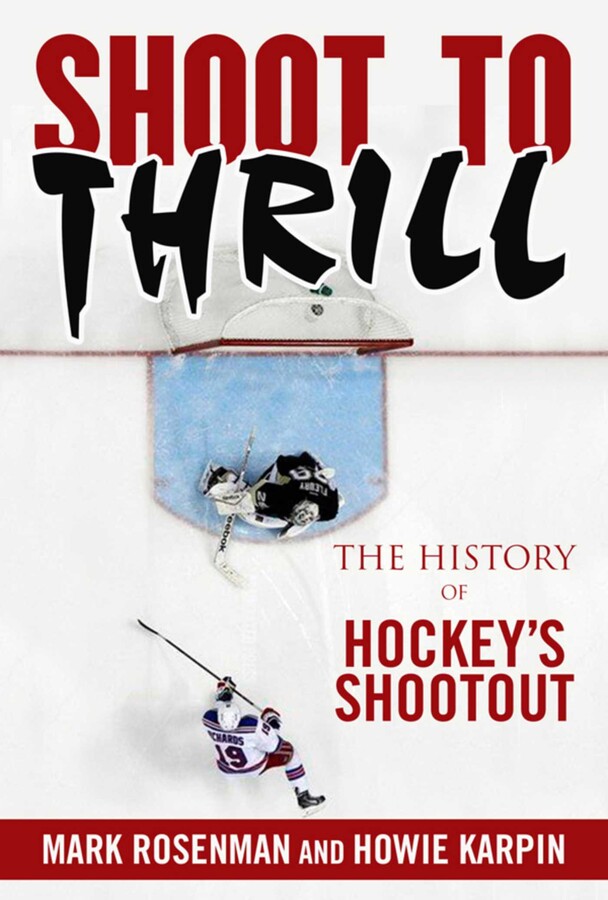 The History of Hockey?s Shootout

In 2005, the National Hockey League adopted the shootout to settle ties in regular season games. The shootout is used if the game remains tied after five minutes of overtime.

Ten years later, the shootout is one of the most significant and controversial rule changes in all of sports. Some maintain that the shootout erases a sixty-five-minute emotional rollercoaster between two teamsand that it’s wrong for games to be decided based on a one-on-one battle between a shooter and a goalie. Others argue that shootouts provide edge-of-your seat excitement as two supremely skilled players go head-to-head for all the marbles.

Shoot to Thrill blends history, stats, and personal perspectives from players, coaches, officials, and broadcasters. Mark Rosenman and Howie Karpin explore how players and coaches prepare for shootouts, what they think of them, and how shootouts have helped shape hockey history over the past decadeincluding the shootout in the last game of the 2010 season that sent the Philadelphia Flyers into the playoffs and on to the Stanley Cup Finals.

Some rule changes are instituted without anyone’s noticing. Others shake the game to its very foundations. Like the designated-hitter rule in baseball, hockey's shootout has left no fan impartial to it. This is the book for them.

Mark Rosenman has been covering sports in New York for almost forty years. He is currently the host and producer of Sports-Talk-NY on WLIE 540 AM. He is credentialed with the National Hockey League and Major League Baseball and covers the New York Rangers and New York Mets. With Howie Karpin, he is the co-author of Shoot to Thrill and Down on the Korner.

Howie Karpin has been a sports journalist for nearly forty years. He is an accredited official scorer in New York for Major League Baseball, is an on-air update anchor for Sirius XM Sports, and has authored or coauthored eight books, including, with Mark Rosenman, Down on the Korner.

The History of Hockey?s Shootout