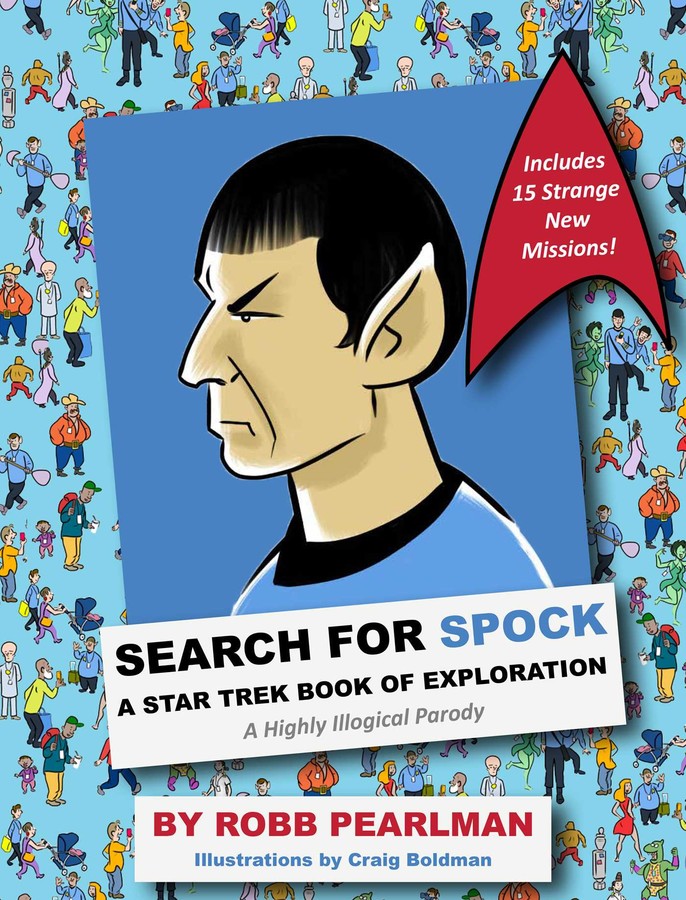 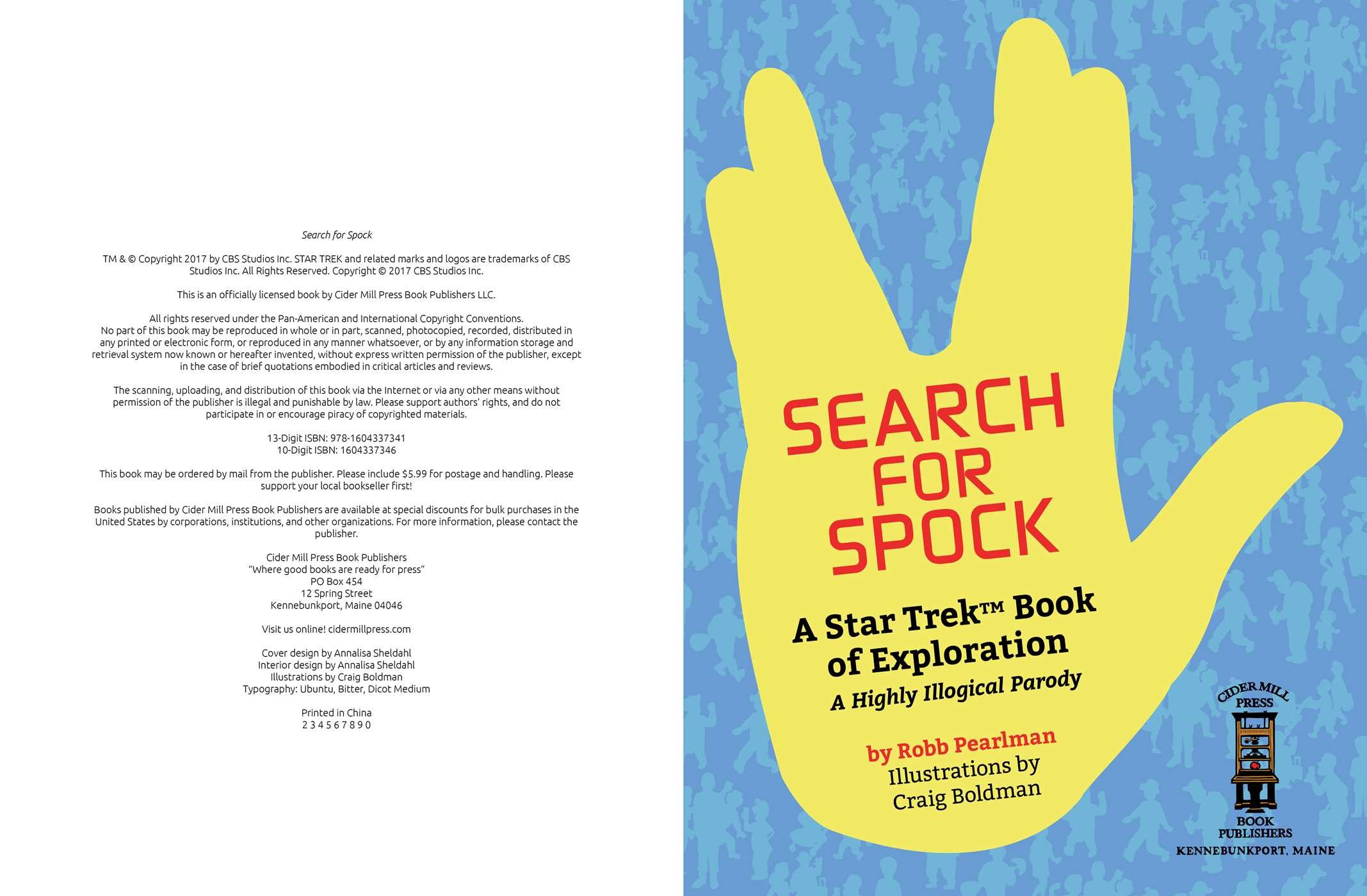 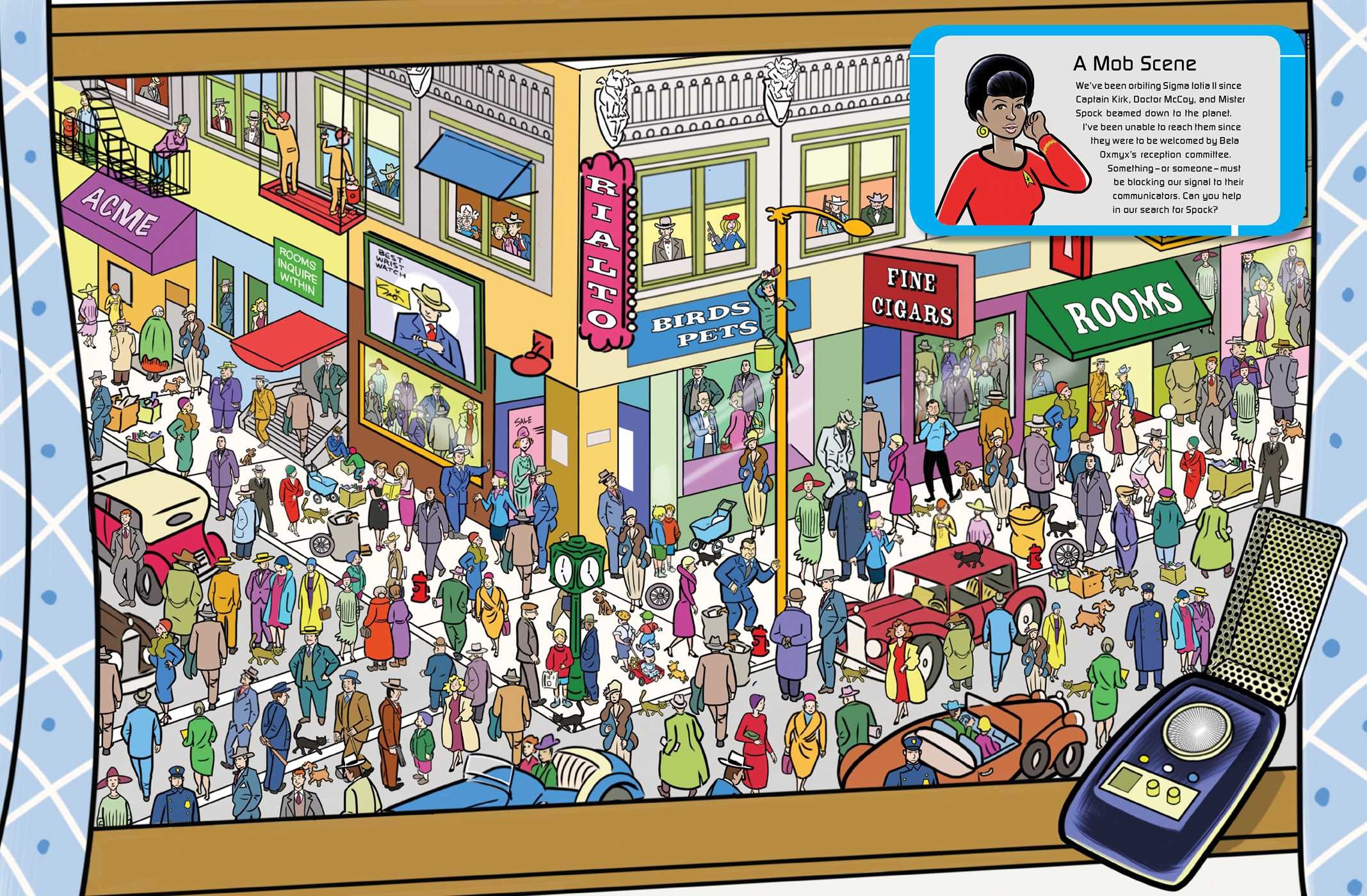 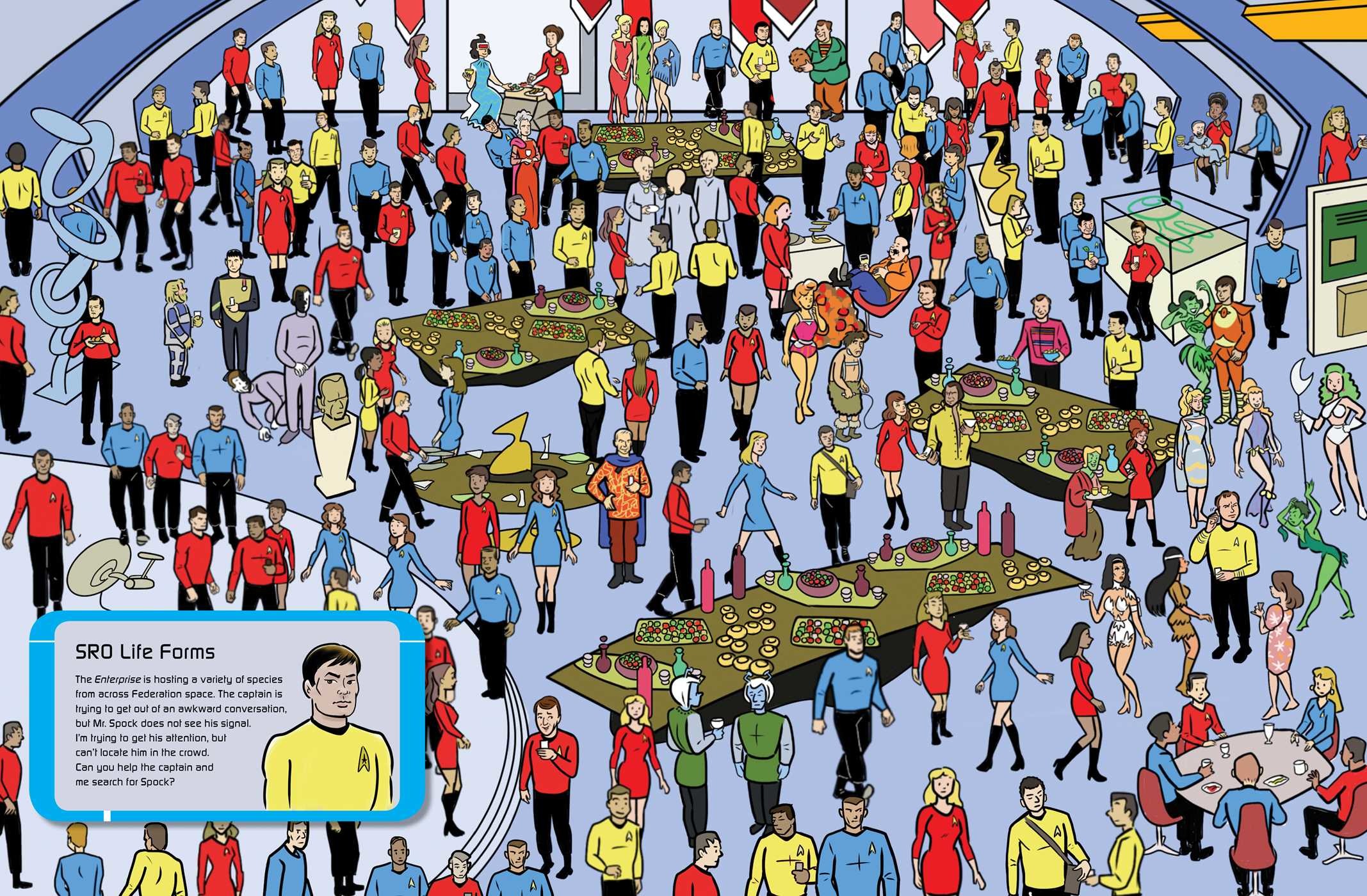 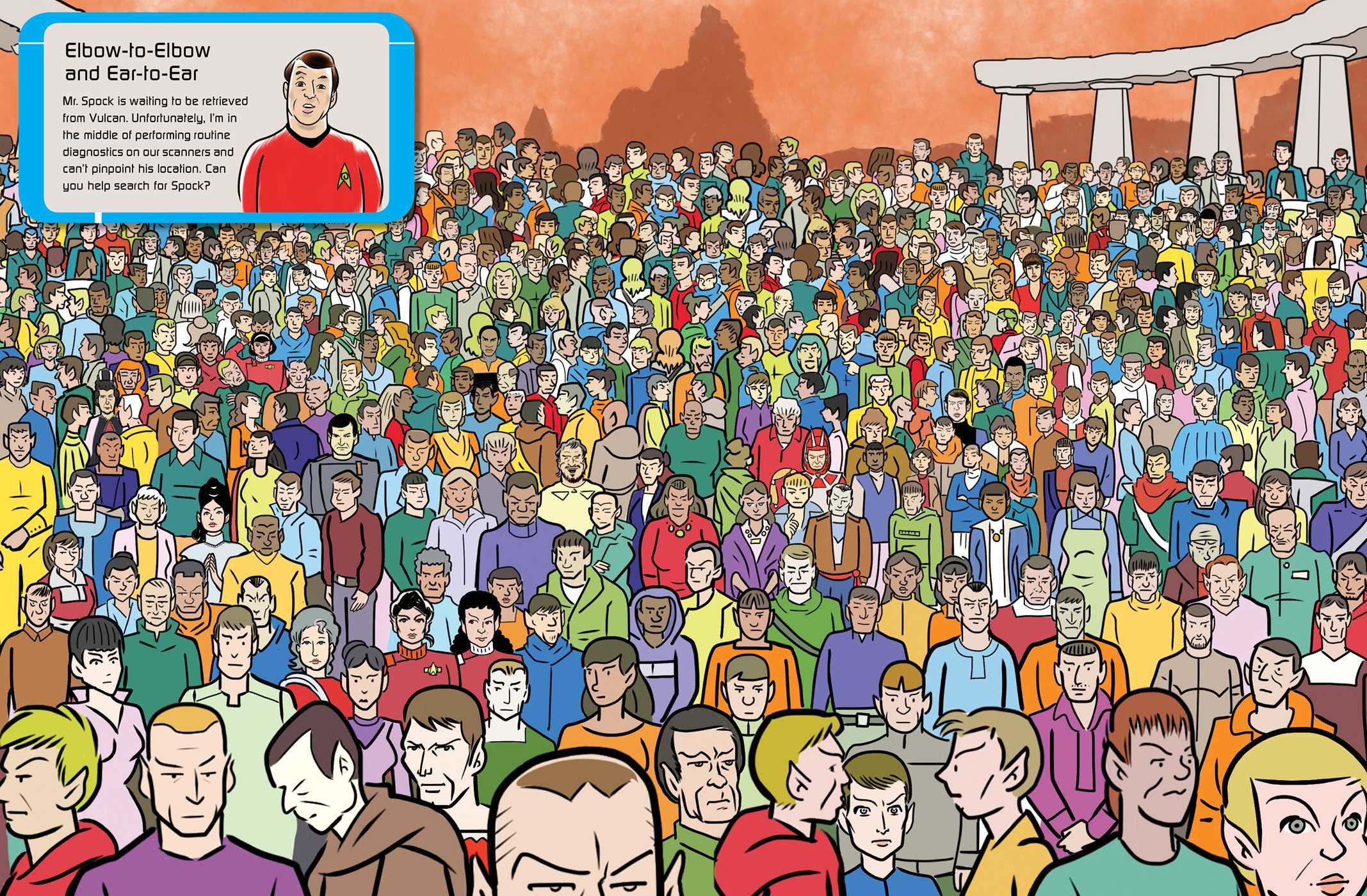 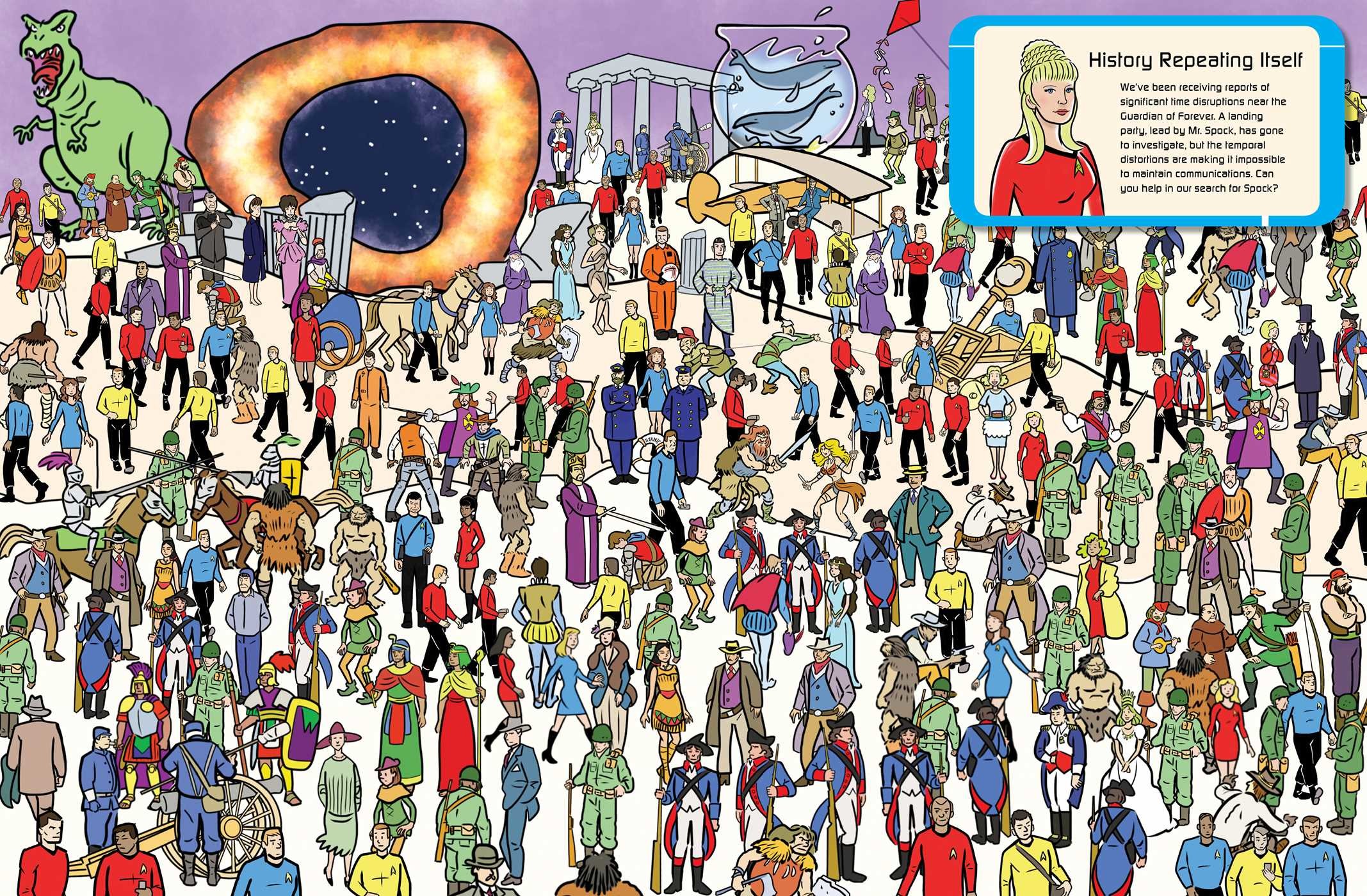 A Star Trek Book of Exploration: A Highly Illogical Parody

By Robb Pearlman
LIST PRICE $14.95
PRICE MAY VARY BY RETAILER

“The pages are colorful, vibrant, and joyful… Search for Spock was a lot of fun. If you have kids, you’ll enjoy working together to try and find Mr. Spock, and if you’re an adult, it’s fun to find all of the references to various Star Trek episodes.”—Trek Core

Explore the settings of the ever-popular Star Trek show and movie franchises in hopes of finding the evasive Mr. Spock in this hugely entertaining version of Where’s Waldo? for Trekkies!

Travel through space and time to find Dr. Spock among over 100 other characters, aliens, villains, and crew members in this hidden intergalactic adventure! Search all floors, planetary settings, and plots explored by the brave Enterprise fleet members for a certain evasive-yet-adored Vulcan in the entertaining and endearing Search for Spock. The colorful artwork mirrors the famously popular Where’s Waldo? activity book series’ charm and simplicity—a challenging and fun time for all fans of all ages!

Robb Pearlman is the Associate Publisher of Universe Books, Calendars, and Licensing at Rizzoli International Publications. He is the author of Groundhog's Day (Bloomsbury, 2015), Fun with Kirk and Spock (Cider Mill Press, 2014), 101 Ways to Use a Unicorn (Universe, 2014), 101 Ways to Kill a Zombie (Universe, 2013), Nerd Haiku (Lyons, 2012), Spoiler Alert (Lyons, 2011), Disney's Alice in Wonderland and Disney's Winnie the Pooh (Universe, 2012), The Q Guide to Sex and the City (Alyson, 2008), Passover is Here! (Little Simon, 2005), and Raggedy Ann and Andy: Leaf Dance (Little Simon, 2001). An editor of pop culture titles including Zombies on Film: The Definitive Story of Undead Cinema, Stuck on Star Trek, and The Princess Bride: A Celebration, he directs a calendar program that includes major licenses asStar Trek, Game of Thrones, Downton Abbey, True Blood, Bob's Burgers, Scandal, and Family Guy. He has edited monographs of the work and lives of award winning animators Bill Plympton and Ralph Bakshi, the movie tie-in books toBurlesque and Amelia, The Joker, the first book soley devoted to the DC Comics supervillain, as well as children's books including M. Sasek's This is... series, Grandma Moses's The Night Before Christmas, John Patrick Byrne's Donald and Benoit, and A Poem as Big as New York City, illustrated by Masha D'yans. Robb has had successful events and signings at San Diego and New York ComicCons, bookstores and comic book retailers in Los Angeles, New York, and New Jersey. He has had an essay and haikus featured on HuffingtonPost.com, has performed at the Nerdnite Nerdtacular, and has been featured on several pop culture blogs and SiriusXM radio shows.

A Star Trek Book of Exploration: A Highly Illogical Parody

By Robb Pearlman
LIST PRICE $14.95
PRICE MAY VARY BY RETAILER