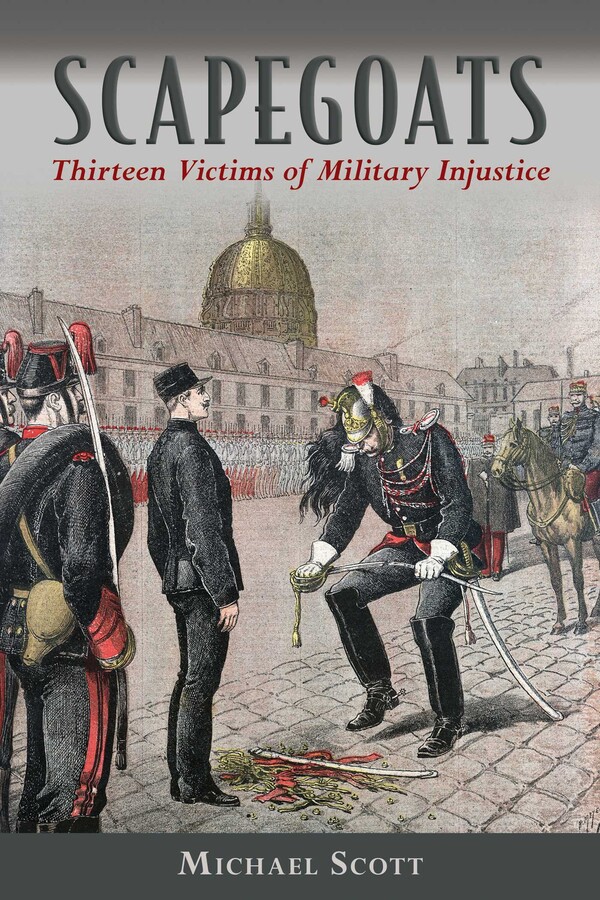 At all costs avoid blame.” Such is the creed of dictators and politicians, tycoons and company chairmen, media celebrities, and spin doctors the world over. But what about men at war, where the penalties for errors of judgment can be devastating? History is full of tales of those who have been wrongly castigated in the rush to find a culprit; only later, sometimes much later, when the real truth comes out, is the scapegoat exonerated. Exposed here are the real stories behind the myths that allow the reader to make a balanced judgment on history’s fairness to the individual, including those of:

Captain Alfred Dreyfus, exiled and imprisoned on charges of treason in 1895
Lieutenant General James Longstreet, blamed for the failure of Pickett’s Charge in 1863
Major General Jackie Smyth, removed from the Army after ordering the destruction of the Sittang Bridge in 1942
Lieutenant General Roméo Dallaire, let down by the United Nations over the Rwanda massacres of 1994

This superbly researched book by a former professional soldier uncovers what might be termed the most disgraceful miscarriages of military justice.

"Well-researchedThis is an interesting and worthwhile read." Toy Soldier and Model Figure

"Well-researchedThis is an interesting and worthwhile read." Toy Soldier and Model Figure