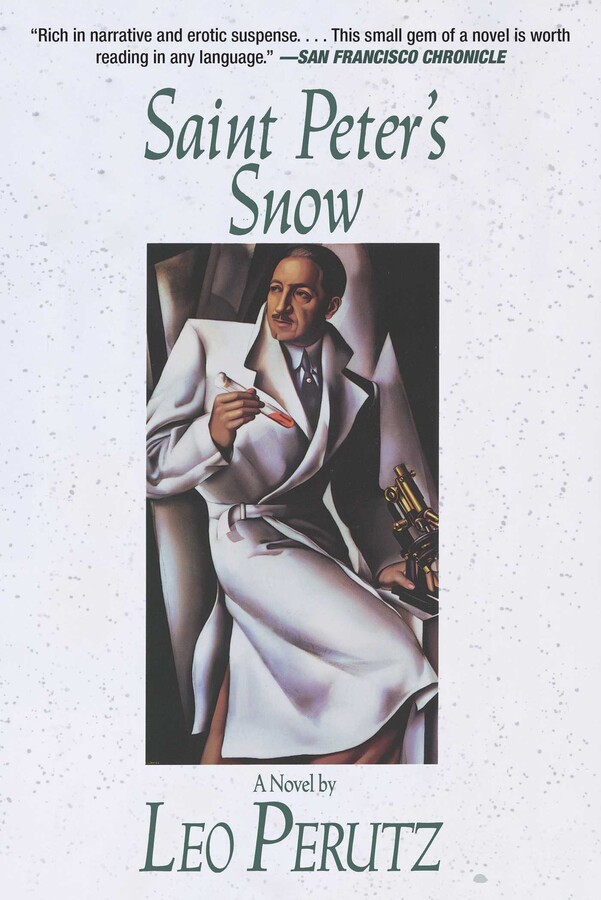 By Leo Perutz
LIST PRICE $14.95
PRICE MAY VARY BY RETAILER

It could have been a common street accident that put Dr. Georg Amberg in the hospital, but for the five weeks his doctors say he has been in a coma, recovering from a brain hemorrhage after being run down by a car, he has memories of a more disturbing nature. What of the violent events in the rural village of Morwede? The old woman threatening the priest with a breadknife, angry peasants with flails and cudgels, Baron von Malchin with a pistol defending his dreams for the Holy Roman Empirehow could Dr. Amberg ignore these? And what of the secret experiment to make a mind-altering drug from a white mildew occurring on wheata mildew called Saint Peter’s Snow.

In this feverish tale of a man caught in the balance between two realities, Leo Pertuz offers a mystery of identity and a fable of faith and political fervor, banned by the Nazis when it was first published in 1933. Saint Peter’s Snow is typical of Perutz’s storytelling mastery: extraordinarily rich and elegant fiction that is taut with suspense, full of Old World irony and humor.

Leo Perutz, a contemporary of Franz Kafka, was born in Prague in 1882 and lived in Vienna until the Nazi Anschluss, when he fled to Palestine. He returned from Israel to Austria in the early fifties and died there in 1957. Now recognized as a twentieth-century master, he is the author of eleven novels that blend varying degrees of history, legend, suspense, and the fantastic.

By Leo Perutz
LIST PRICE $14.95
PRICE MAY VARY BY RETAILER