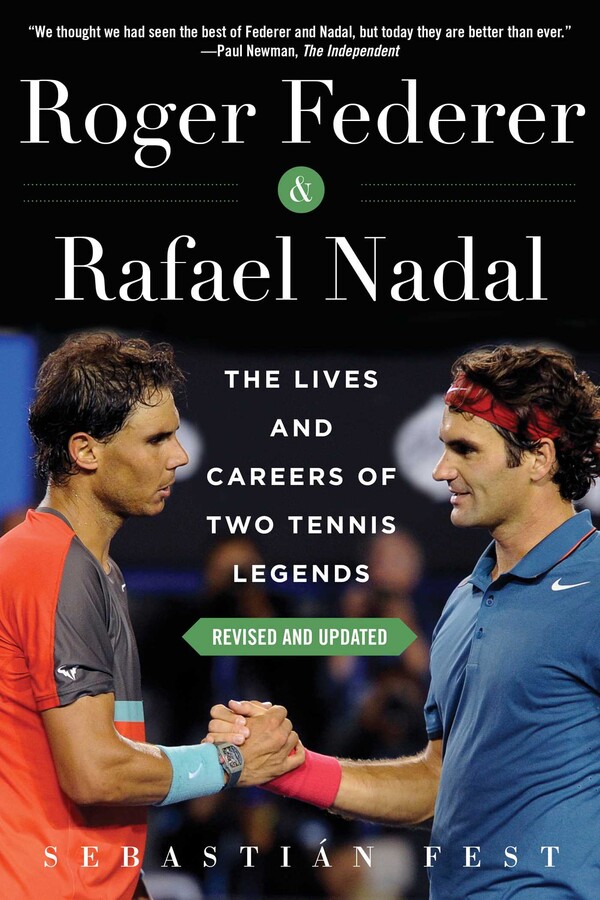 By Sebastián Fest
LIST PRICE $19.99
PRICE MAY VARY BY RETAILER

Since 2004, two names have dominated men’s tennis: Rafael Nadal and Roger Federer. Each player is legendary in his own right. The Spanish Nadal is the winner of sixteen Grand Slam titles, including five consecutive French Open singles titles from 2010-2014, and is the only player ever to win a Grand Slam for ten straight years. Federer, from Switzerland, has spent over three hundred weeks of his career ranked as the number-one player in the world and has won twenty Grand Slam titles and two Olympic medals. But neither player’s career would have been nearly as successful without the decade-long rivalry that pushed them to rise to the peak of tennis excellence.

Nadal and Federer have met thirty-eight times over the course of their careers, and have shared the distinction of being ranked the two best players in the world for an astounding six years in a row from 2005-2009. In Roger Federer and Rafael Nadal, international sports journalist Sebastian Fest uses information gleaned from his numerous interviews with both players over the last decade to narrate the rivalry, and its impact not only on the players, but on the sport itself. Documenting their respective wins and losses, hopes and disappointments, and relationships with their rivals, Fest formulates a unique biography of two of the greatest players of tennis.

Sebastian Fest is the Chief Sports Editor for the Argentine newspaper La Nacion since 2015. He previously worked in the same position for the Spanish Service of DPA, the German news agency, since 2000. He's collaborated with different media such as Rolling Stone, Newsweek, Weltwoche, and FAZ. He is the author of Enredados (Buenos Aires, 2009), a book on the misfortune of the Argentinean Team at the Davis Cup, and co-wrote the book Ni rey ni D10s: Lionel Messi, with Alexandre Julliard.

"Fest is an astute observer of the sport and the two incomparable players who are front and center in his biographical account. His book is thoughtful, lucid, beautifully written, filled with rich insights." -Steve Flink, The Tennis Channel

"Fest dives into one of the great sports rivalries of our time." -NPR

"Fest is an astute observer of the sport and the two incomparable players who are front and center in his biographical account. His book is thoughtful, lucid, beautifully written, filled with rich insights." -Steve Flink, The Tennis Channel

"Fest dives into one of the great sports rivalries of our time." -NPR

By Sebastián Fest
LIST PRICE $19.99
PRICE MAY VARY BY RETAILER