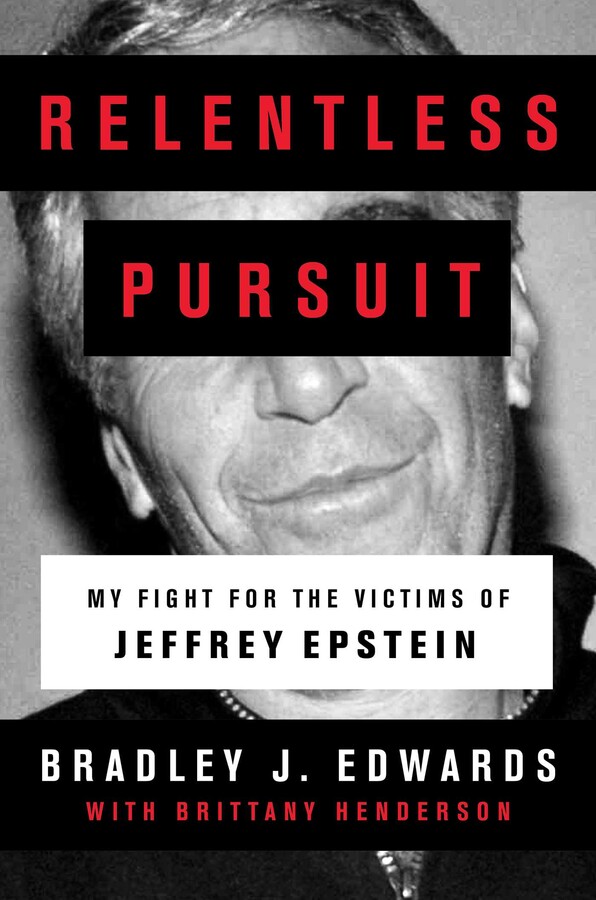 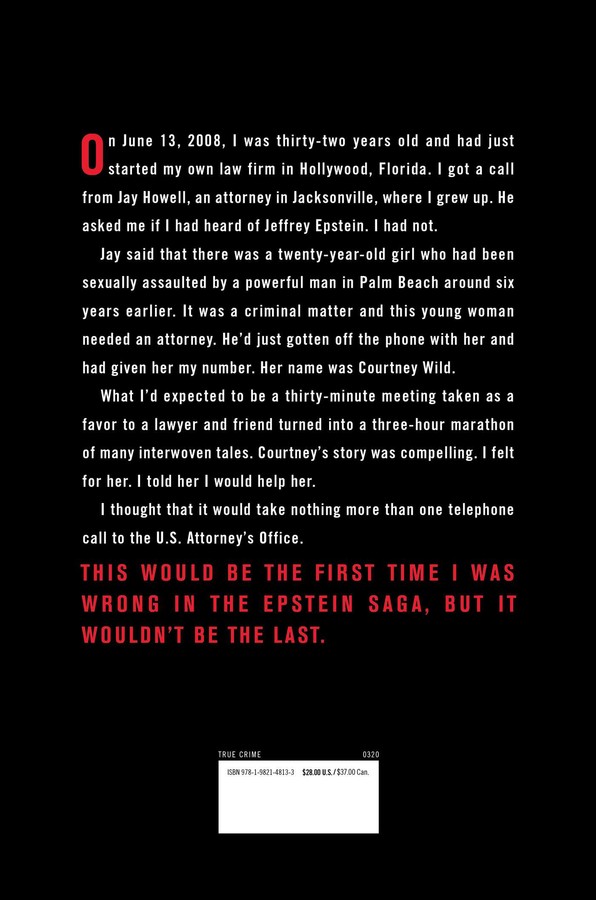 This is the definitive story of the case against Jeffrey Epstein and the corrupt system that supported him, told in thrilling detail by the lawyer who has represented Epstein’s victims for more than a decade.

In June 2008, Florida-based victims’ rights attorney Bradley J. Edwards was thirty-two years old and had just started his own law firm when a young woman named Courtney Wild came to see him. She told a shocking story of having been sexually coerced at the age of fourteen by a wealthy man in Palm Beach named Jeffrey Epstein. Edwards, who had never heard of Epstein, had no idea that this moment would change the course of his life.

Over the next ten years, Edwards devoted himself to bringing Epstein to justice, and came close to losing everything in the process. Edwards tracked down and represented more than twenty of Epstein’s victims, shined a light on his shadowy network of accomplices, including Ghislaine Maxwell, and uncovered the scope of his sexually exploitative organization, which reached into the highest levels of American society.

Edwards gives his riveting, blow-by-blow account of battling Epstein on behalf of his clients, and provides stunning details never shared before. He explains how he followed Epstein’s criminal enterprise from Florida, to New York, to Europe, to a Caribbean island, and, in the process, became the one person Epstein most feared could take him down. Epstein and his cadre of high-priced lawyers were able to manipulate the FBI and the Justice Department, but despite making threats and attempting schemes straight out of a spy movie, Epstein couldn’t stop Edwards, his small team of committed lawyers, and, most of all, the victims, who were dead-set on seeing their abuser finally put behind bars.

Bradley J. Edwards is a prominent board-certified civil trial lawyer in Fort Lauderdale, Florida, who specializes in representing victims of violent and sexual crimes. In addition to obtaining some of America’s largest jury verdicts, he prosecuted the landmark Crime Victims’ Rights case, Doe v. United States, pro bono for more than ten years. He has published on the topic of crime victims’ rights in nationally recognized journals and speaks across the country on the representation of victims and survivors.

“A revelatory exploration of the long fight to bring a monstrous man to justice.”
-  Kirkus (starred review)

“A thrilling page-turner about the pursuit of justice.”
- NY Post