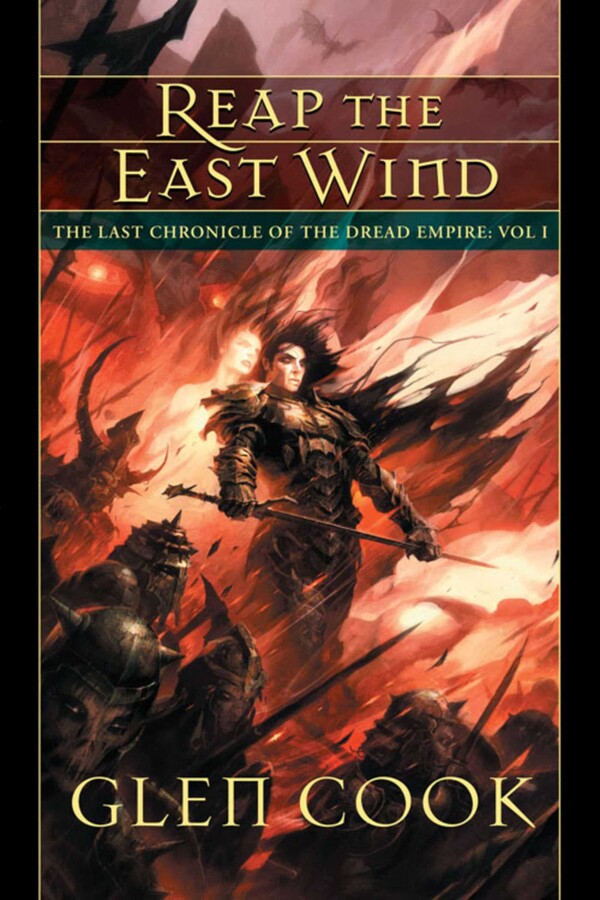 The Last Chronicle of the Dread Empire: Volume One

It has ended. It begins again. In Kavelin, Lady Nepanthe's new life with the wizard Varthlokkur is disturbed by visions of her lost son, while King Bragi Ragnarson and Michael Trebilcock scheme to help the exiled Princess Mist re-usurp her throne  under their thumb. In Shinsan, a pig-farmer's son takes command of Eastern Army, while Lord Kuo faces plots in his council and a suicide attack of two million Matayangans on his border. But in the desert beyond the Dread Empire, a young victim of the Great War becomes the Deliverer of an eons-forgotten god, chosen to lead the legions of the dead. And the power of his vengeance will make a world's schemes as petty as dust, blown wild in the horror that rides the east wind.
This volume marks the beginning of the end. Reap the East Wind is the first step on the road to the long-delayed final chapter of Glen Cook's legendary Dread Empire series.

The Last Chronicle of the Dread Empire: Volume One