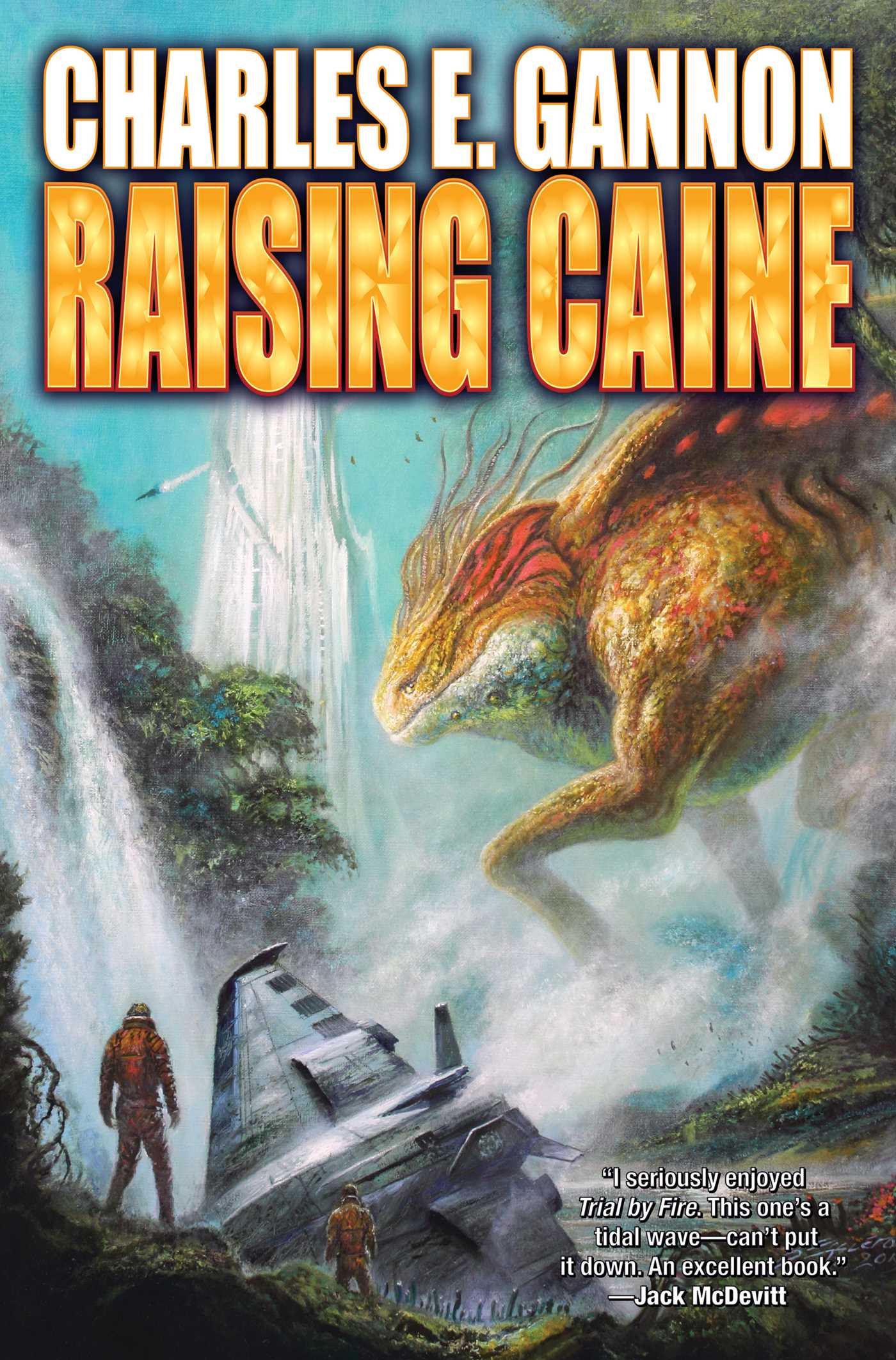 But scant hours after the attackers surrender, the mysterious but potentially helpful Slaasriithi appeal to Caine to shepherd a diplomatic mission on a visit to their very alien worlds. The possible prize: a crucial alliance in a universe where the fledgling Consolidated Terran Republic has very few friends.

But Caine and his legation aren’t the only ones journeying into the unknown reaches of Slaasriithi space. A group of renegade K’tor are following them, intending to destroy humanity’s hopes for a quick alliance. And that means finding and killing Caine Riordan.

Assuming that the bizarre and dangerous Slaasriithi lifeforms don’t do it first.

About Raising Caine:
"Raising Caine unveils a lot of thought-provoking ideas but ultimately this is a space opera adventure. There are space battles, daring emergency landings, desperate quests, hand-to-hand combat and double-and-triple crosses. It’s an engrossing read. You owe it to yourself to read the two previous books in order. Then enjoy Raising Caine. It’s an intergalactic thrill-ride."—Fantasy and Science Ficton Book and Audiobook Reviews

"This is science-fiction adventure on a grand scale."—Kirkus

“. . . an incredibly active book . . . as our protagonists are confronted by the beautiful, terrible, and sometimes lethal variety of the universe and its inhabitants. . . . a whole mess of fun . . . that manages to be scientifically accurate while refraining from excessive wonkiness. Those who value meticulous world-building . . . will certainly have their needs met.”—B&N Sci-Fi and Fantasy Blog

About Nebula-nominated second entry, Trial by Fire:
“I seriously enjoyed Trial by Fire. This one’s a tidal wave—can’t put it down. An excellent book.” —Jack McDevitt on the prequel

"Gannon's whiz-bang second Tales of the Terran Republic interstellar adventure delivers on the promise of the first (Fire with Fire). . . . The charm of Caine's harrowing adventure lies in Gannon's attention to detail, which keeps the layers of political intrigue and military action from getting too dense. The dozens of key characters, multiple theaters of operations, and various alien cultures all receive the appropriate amount of attention. The satisfying resolution is enhanced by the promise of more excitement to come in this fascinating far-future universe."—Publishers Weekly Starred Review

". . . definitely one to appeal to the adventure fans. Riordan is a smart hero, up against enormous obstacles and surrounded by enemies. Author Gannon does a good job of managing action and tension to keep the story moving, and the details of the worlds Riordan visits are interesting in their own right.."—Analog

" . . . offers the type of hard science-fiction those familiar with the John Campbell era of Analog Science Fiction will remember. Gannon throws his readers into an action-packed adventure. A sequel to Fire With Fire, it is a nonstop tale filled with military science-fiction action." —Daily News of Galveston County

About Compton Crook award winner for best first novel,  Fire with Fire:
“Chuck Gannon is one of those marvelous finds—someone as comfortable with characters as he is with technology, and equally adept at providing those characters with problems to solve. Imaginative, fun, and not afraid to step on the occasional toe or gore the occasional sacred cow, his stories do not disappoint.”—David Weber

"It’s a grand, fun series of battles and campaigns, worthy of anything Dale Brown or Larry Bond ever wrote." —Analog

About Charles E. Gannon:
"[A] strong [writer of] . . . military SF. . .[much] action going on in his work, with a lot of physics behind it. There is a real sense of the urgency of war and the sacrifices it demands." —Locus

Charles E. Gannon is the author of Compton Crook Award-winning, Nebula-nominated Fire with Fire, Trial by Fire, and Raising Caine in the Caine Riordan series. He is the coauthor with Eric Flint of 1636: The Papal Stakes and 1636: Commander Cantrell in the West Indies in Flint's best-selling Ring of Fire series. With best seller Steve White, Gannon is the coauthor of Starfire series entries Extremis, Imperative, and Oblivion. Gannon is also the author of multiple short stories. He is a member of SIGMA, the “SF think-tank,” which has advised various intelligence and defense agencies since the start of the millennium. A former professor, Gannon lives near Annapolis, Maryland, with his wife and children.