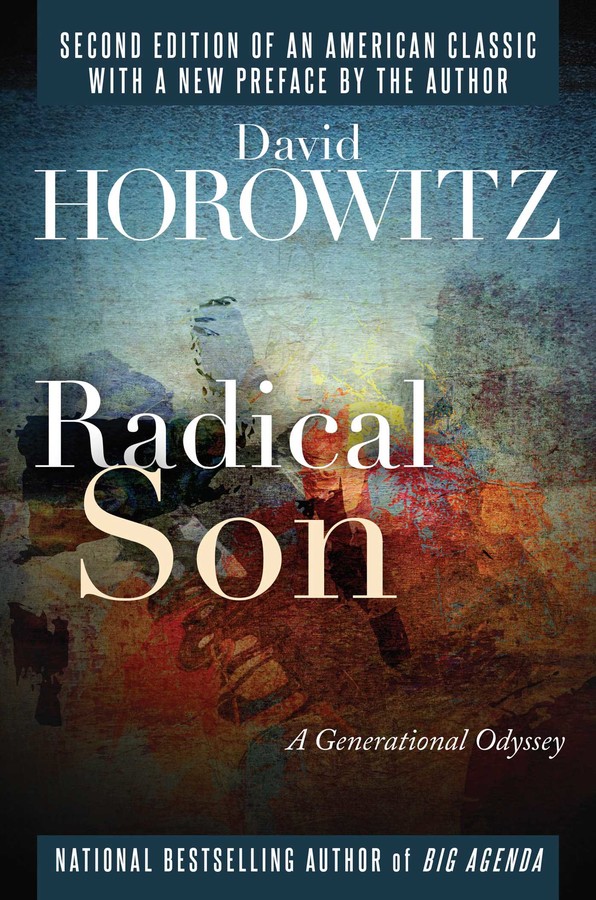 By David Horowitz
LIST PRICE $28.00
PRICE MAY VARY BY RETAILER

From the Author of Blitz, a New York Times Bestseller

One of the most compelling and important political memoirs in recent American history— republished after more than twenty years with a new introduction by the author.

In a narrative that possesses both remarkable political importance and extraordinary literary power, David Horowitz tells the story of his startling political odyssey from sixties radical to nineties conservative. A political document of our times, Radical Son traces three generations of one American family's infatuation with the radical left from the Bolshevik Revolution of 1917 to the collapse of the Marxist empire six decades later. David Horowitz was one of the founders of the New Left and an editor of Ramparts—the magazine that set the intellectual and revolutionary tone for the movement. From his vantage point at the center of the action, he populates Radical Son with vivid portraits of people who made the radical decade, while unmaking America at the same time. We are introduced to an aged Bertrand Russell, the world-famous philosopher and godson of John Stuart Mill, who in his nineties became America's scourge, organizing a War Crimes Tribunal over the war in Vietnam. There is Tom Hayden, the radical everyman who promoted guerrilla warfare in America's cities in the sixties, married film legend Jane Fonda, and became a Democratic state senator when his revolutions failed. We meet Huey Newton, a street hustler and murderer who founded a black militia that became the Sixties' most resonant symbol of black power and black militance. Horowitz's encounter with Newton and his Black Panthers, the most celebrated radical group of the Sixties, becomes the focal point of the story when a brutal murder committed by the Panthers changes his life forever, prompting the profound "second thoughts" that eventually led him to become an intellectual leader of conservatism and its most prominent activist in Hollywood.

"David Horowitz has written a vivid and compelling memoir in which it's the life as it was really lived that matters, not just the politics. Radical Son may be a 'generational odyssey,' but it's also a work of literature."

– James Atlas, Author of "The Book Wars: What it Takes to Be Educated in America"

Radical Son is one of the best political memoirs I've read. Though it is really a love story—one man becomes passionately enamored with freedom, responsibility, and reason. Or maybe it's a book about faith healing, a true account of how belief in human dignity and individual rights cures blindness, folly, and hatred. Anyway, everyone who was ever involved with or influenced by the New Left should read David Horowitz's words, and then eat their own. I think the last political book that affected me this strongly was Hayek's Road to Serfdom."

"David Horowitz's political pilgrimage from a Sixties radical to a Reagan conservative—and the friends and enemies he has made along the way—makes for a very interesting, very compelling story. Speaking as a conservative: it's much better to have David Horowitz with you than against you. Radical Son demonstrates why."

"Watch out all of you statist shills and racialist hucksters out there who think you have gotten away with murder and mayhem over the last five decades, with alibis and applause from the media and the academy: David Horowitz has got your number and your jugular. In the first great American autobiography of his generation, this ardent writer on the ramparts remorselessly tracks them all down, going deep into the lairs of the professional liars of the left—the guilty and the gulled, the sadistic and the philanderous, the vain and the vicious—and strips away their tawdry veneer of glamour and idealism to reveal the vile truth—about the Black Panthers and the rest of the revolutionary felons and felines, and finally, in gut-wrenching candor, himself."

"David Horowitz's powerful autobiography details a long journey from a boyhood in the ambit of American Stalinism through young adulthood at the vanguard of the New Left to a mid-life recognition that his various gods had failed. Horowitz's gift for irony and eye for detail haven't deserted him. His book is hard to put down."

By David Horowitz
LIST PRICE $28.00
PRICE MAY VARY BY RETAILER