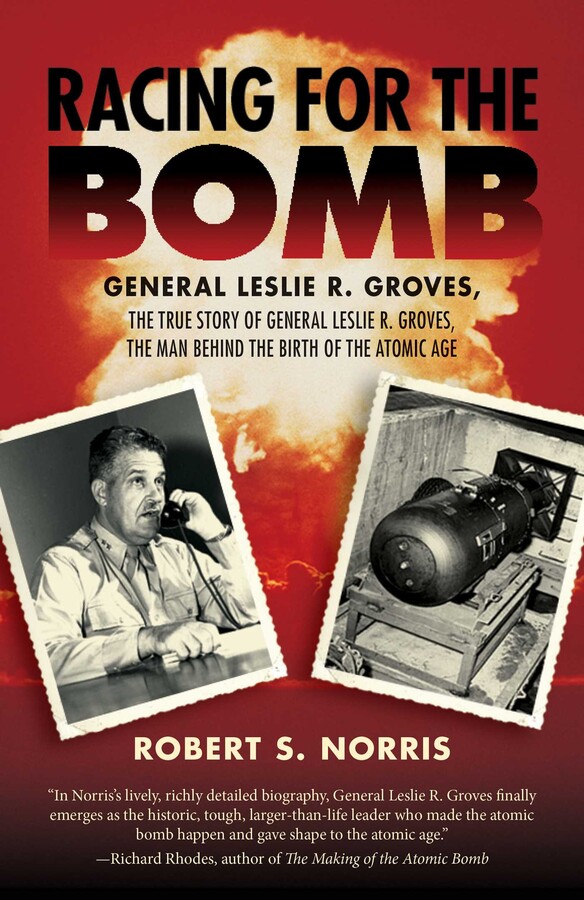 Racing for the Bomb

The True Story of General Leslie R. Groves, the Man behind the Birth of the Atomic Age

In September 1942, Colonel Leslie R. Groves was given the job of building the atomic bomb. As a career officer in the Army Corps of Engineers, Groves had overseen hundreds of military construction projects, including the Pentagon. Until now, scientists have received the credit for the Manhattan Project’s remarkable achievements. And yet, it was Leslie R. Groves who made things happen. It was Groves who drove manufacturers, construction crews, scientists, industrialists, and military and civilian officials to come up with the money, the materials, and the plans to solve thousands of problems and build the bomb in only two years. It was his operation, and in Racing for the Bomb he emerges as a take-charge, can-do figure who succeeds in the face of formidable odds.

Revealed for the first time in Racing for the Bomb, Groves played a crucial and decisive role in the planning, timing, and targeting of the Hiroshima and Nagasaki missions. Norris offers new insights into the complex and controversial questions surrounding the decision to drop the bomb in Japan and Groves’s actions during World War II, which had a lasting imprint on the nuclear age and the Cold War that followed.

Grove’s extensive influence on key institutions of postwar America has been overlooked for too long. In this full-scale biography, which includes archival material and family letters and documents and features several previously unpublished photographs, Norris places Groves at the center of the amazing Manhattan Project story.

Racing for the Bomb

The True Story of General Leslie R. Groves, the Man behind the Birth of the Atomic Age