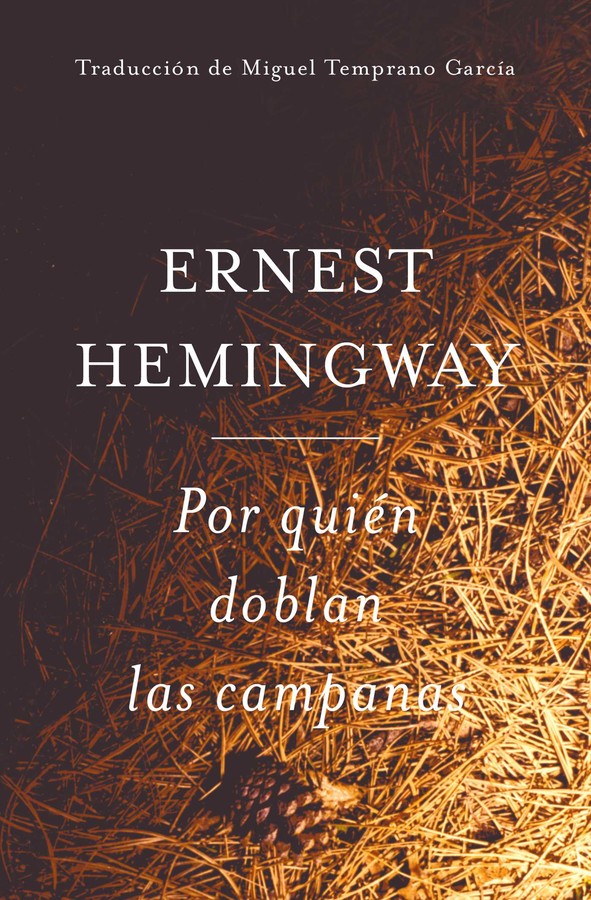 Reading Group Guide for For Whom the Bell Tolls
Introduction
Ernest Hemingway was born July 21, 1899, in Oak Park, Illinois. After graduation from high school, he moved to Kansas City, Missouri, where he worked briefly for the Kansas City Star. Failing to qualify for the United States Army because of poor eyesight, he enlisted with the American Red Cross to drive ambulances in Italy. He was severely wounded on the Austrian front on July 9, 1918. Following recuperation in a Milan hospital, he returned home and became a freelance writer for the Toronto Star.
In December of 1921, he sailed to France and joined an expatriate community of writers and artists in Paris while continuing to write for the Toronto Star. There his fiction career began in "little magazines" and small presses and led to a volume of short stories, In Our Time (1925). His novels The Sun Also Rises (1926) and A Farewell to Arms (1929) established Hemingway as the most important and influential fiction writer of his generation. His later collections of short stories and For Whom the Bell Tolls (1940) affirmed his extraordinary career while his highly publicized life gave him unrivaled celebrity as a literary figure.
Hemingway became an authority on the subjects of his art: trout fishing, bullfighting, big-game hunting, and deep-sea fishing, and the cultures of the regions in which he set his work -- France, Italy, Spain, Cuba, and Africa.
The Old Man and the Sea (1952) earned him the Pulitzer Prize and was instrumental in his being awarded the Nobel Prize in 1954. Hemingway died in Ketchum, Idaho, on July 2, 1961.
Description
Robert Jordan, a Spanish professor from Montana serving with Loyalist guerrilla forces during the Spanish Civil War, is guided by the old man Anselmo to Pablo's guerrilla band in the mountains above a bridge which Jordan must blow up when the Loyalist offensive begins. Pablo, aware that Jordan's mission will invite fascist forces, refuses at first to participate, but relents, returning with additional men and horses shortly before the mission begins. Knowing that the fascists are aware of the offensive, Jordan sends a message to General Golz, hoping the offensive will be canceled, but the message arrives too late. Jordan blows the bridge, and Anselmo is killed by flying steel. As the group attempts escape, Jordan is seriously injured, and Maria, having been told by Jordan that he will always be with her, leaves with the survivors while Jordan remains behind, waiting for death.
Discussion Questions
1. Is Pablo opposed to blowing the bridge because he is a coward, as Pilar says, or is Pablo, himself, correct when he says he "has a tactical sense"? Why does Jordan agree with Pablo's reference to "the seriousness of this" (p. 54)? Is Agustín correct when he calls Pablo "very smart" (p. 94)?
2. Was the communist effort to eliminate God successful? What does Anselmo's view of killing suggest about the limitations of dogma? What does he mean when he says of the bridge sentries, "It is only orders that come between us" (pp. 192-193)? What is implied when Anselmo says soldiers should atone and cleanse themselves after the war?
3. "Time" is a major theme in For Whom the Bell Tolls. How does Pilar's awareness of time affect her attitude toward Robert Jordan's and Maria's relationship? What conclusions does Robert Jordan draw about his own life during the very short time he spends with Maria?
4. Pablo calls his compatriots "illusioned people" (p. 215). Does this remark prove to be true? Does Jordan expose illusions? Does For Whom the Bell Tolls suggest that because of their illusions and vulnerability to exploitation the victims of the war were the entire Spanish people?
5. Does the epigraph, an excerpt from John Donne's Devotions XVII, convey the theme of For Whom the Bell Tolls? What is that theme? What scenes in the novel develop the sentiment of the epigraph? What is the narrator telling us when he says that Robert Jordan, lying on the forest floor waiting for death, is "completely integrated" (p. 471)?

"It’s my favorite novel of all time. It instructed me to see the world as it is, with all its corruption and cruelty, and believe it’s worth fighting for anyway, even dying for."

"A tremendous piece of work."

“For Whom the Bell Tolls is 1) a great Hemingway love story; 2) a tense story of adventure in war; 3) a grave and sombre tragedy of Spanish peasants fighting for their lives.”