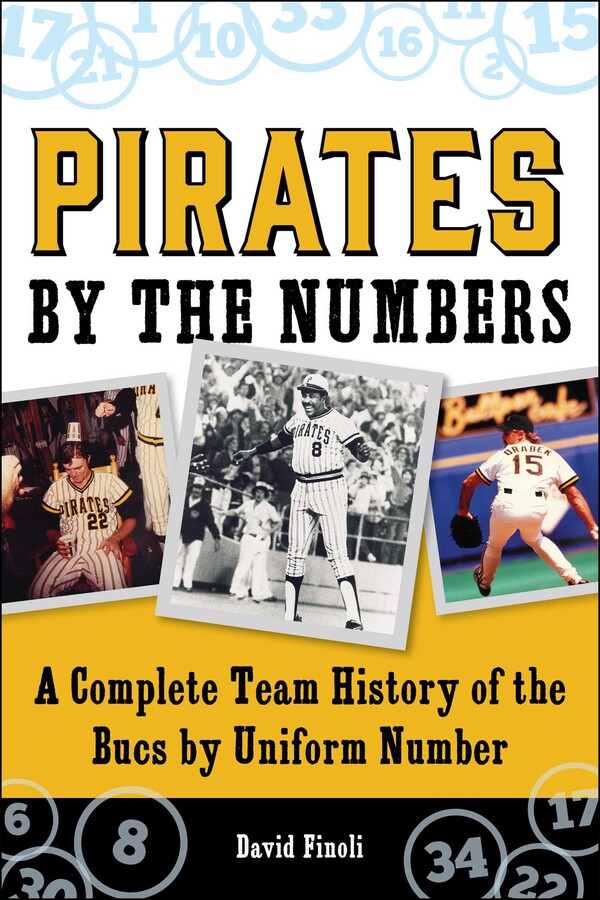 When the National League decided on June 22, 1932, to place numbers on the backs of uniforms to make it easier for fans to follow their favorite players, no one knew at the time just what a landmark decision it would turn out to be. In fact, when the Pittsburgh Pirates donned numbered jerseys eight days later against the St. Louis Cardinals at Forbes Field, the uniform numbers were so unimportant on the team’s list of priorities that it was second billing to the main event of that day: the first Ladies Day in Pirates history.

The secondary event would turn out to be an iconic moment in baseball history, as players are now closely associated with their uniform numbers. For example, two Hall of Famers for the Pirates wore the number 21: Arky Vaughan and Roberto Clemente. Both ironically died young while trying to help others, and 21 has become the most sacred number in Steel City sports lore.

Pirates by the Numbers tells the tales of these players and more in a format that will include the greatest players to wear a specific number, the worst, and the most unique. The book highlights the first players to wear particular numbers and how they performed in their inaugural games, the first to hit home runs, and the first pitchers to win games. You’ll also find a list by year of every player and the numbers he’s worn that fans have used to identify him over the past eighty-four years.

The players of the Pittsburgh Pirates have worn eighty-one different numbers. This book tells each player’s stories in a unique and compelling way that every Pirates fan will love.