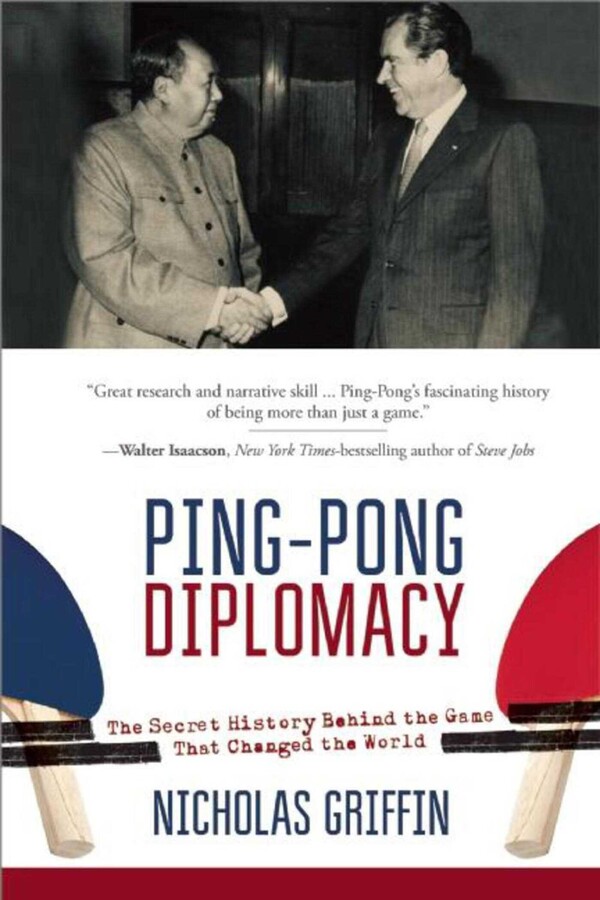 By Nicholas Griffin
LIST PRICE $16.99
PRICE MAY VARY BY RETAILER

The spring of 1971 heralded the greatest geopolitical realignment in a generation. After twenty-two years of antagonism, China and the United States suddenly moved toward a détenteachieved not by politicians but by Ping-Pong players. The Western press delighted in the absurdity of the moment and branded it Ping-Pong Diplomacy.” But for the Chinese, Ping-Pong was always political, a strategic cog in Mao Zedong’s foreign policy. Nicholas Griffin proves that the organized game, from its first breath, was tied to Communism thanks to its founder, Ivor Montagu, son of a wealthy English baron and spy for the Soviet Union.

Ping-Pong Diplomacy traces a crucial inter­section of sports and society. Griffin tells the strange and tragic story of how the game was manipulated at the highest levels; how the Chinese government helped cover up the death of 36 million peasants by holding the World Table Tennis Championships during the Great Famine; how championship players were driven to their deaths during the Cultural Revolution; and, finally, how the survivors were reconvened in 1971 and ordered to reach out to their American counterparts. Through a cast of eccentric characters, from spies to hippies and Ping-Pong-obsessed generals to atom-bomb survivors, Griffin explores how a neglected sport was used to help realign the balance of worldwide power.

By Nicholas Griffin
LIST PRICE $16.99
PRICE MAY VARY BY RETAILER