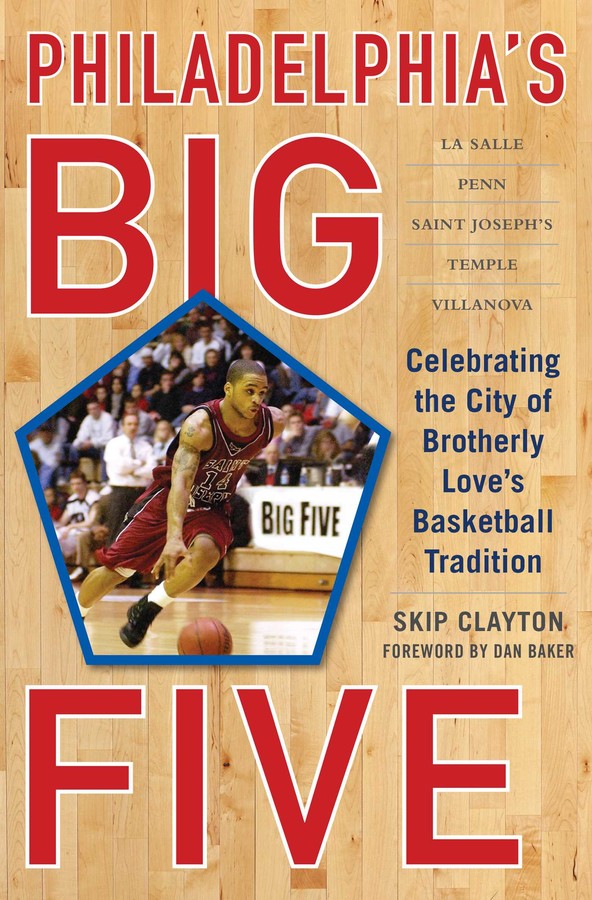 The 2015-16 season marks the 60th anniversary of the Big 5, Philadelphia’s top men’s college basketball teamsLaSalle, Penn, Saint Joseph's, Temple, and Villanova. No other city has schools that participate in a full round robin, which has grown in popularity in such a sports-driven city.

Philadelphia’s Big Five highlights the history of these five schools, their basketball programs, and their unique relationship with one another. Author Skip Clayton has interviewed prominent figures from each school to get a look into some of the biggest moments in Big 5 history. One chapter focuses exclusively on the legendary coaches from these teams, including several who went on to coach in the NBA (three from Penn, three from Saint Joseph’s, and one from Temple), and four who became general managers. Clayton also provides stats on how each Big 5 team did against each other in the City Series games, the most exciting events for Big 5 fans.

Some of the legends highlighted include:

Philadelphia’s Big Five is a great read for Big 5 alumni and all fans of Philadelphia basketball!

Skip Clayton hosts Racing Wrap, a weekly one-hour radio show on WBCB Levittown, Pennsylvania, and has covered sports for the ABC Radio Network for over forty years. Clayton is also the author of Philadelphia’s Big Five and coauthor of Tales from the Miami Dolphins Sideline and 50 Phabulous Phillies. He resides in Sellersville, Pennsylvania, with his wife, Joanne.