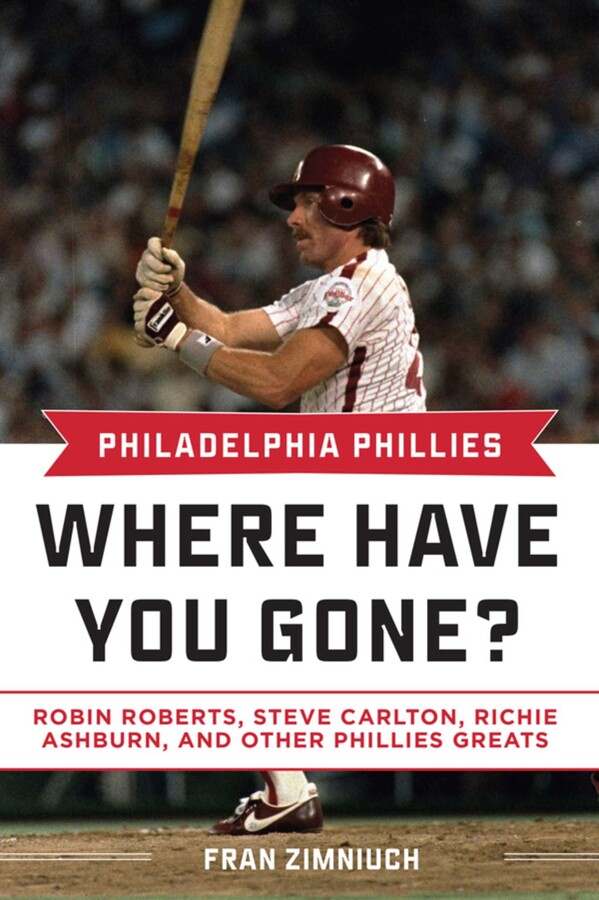 Part of Where Have You Gone?
By Fran Zimniuch
LIST PRICE $24.99
PRICE MAY VARY BY RETAILER

Philadelphia Phillies fans are not casual about their favorite team or its players. These intense and loyal fans expect a full effort from their charges, regardless of the outcome. Philadelphia Phillies: Where Have You Gone? takes an informative stroll down memory lane and includes information about dozens of former Phillies players and coaches from the fifties through the present day. Guys like Robin Roberts, Curt Simmons, Richie Ashburn, Jim Lonborg, Bill Robinson, and ambidextrous pitcher Greg Harris are featured, to name just a few.

The proud history of the team has seen players such as Richie Ashburn, Jim Bunning, Steve Carlton, and Mike Schmidt inducted into baseball’s Hall of Fame in Cooperstown, New York. Hundreds of lesser players impacted fans during their careers, as well. For every All-Star there are dozens of players like Tom Qualters, Terry Harmon, Nippy Jones, Tommy Hutton, and, of course, Ralph Joseph Putsy” Caballero.

First published in 2004, this unique read looks at the human side of the former players after their baseball careers ended, players who are no longer playing but are certainly never forgotten. Readers can learn about these players’ accomplishments on the field and their lives after baseball in this entertaining book.

Part of Where Have You Gone?
By Fran Zimniuch
LIST PRICE $24.99
PRICE MAY VARY BY RETAILER