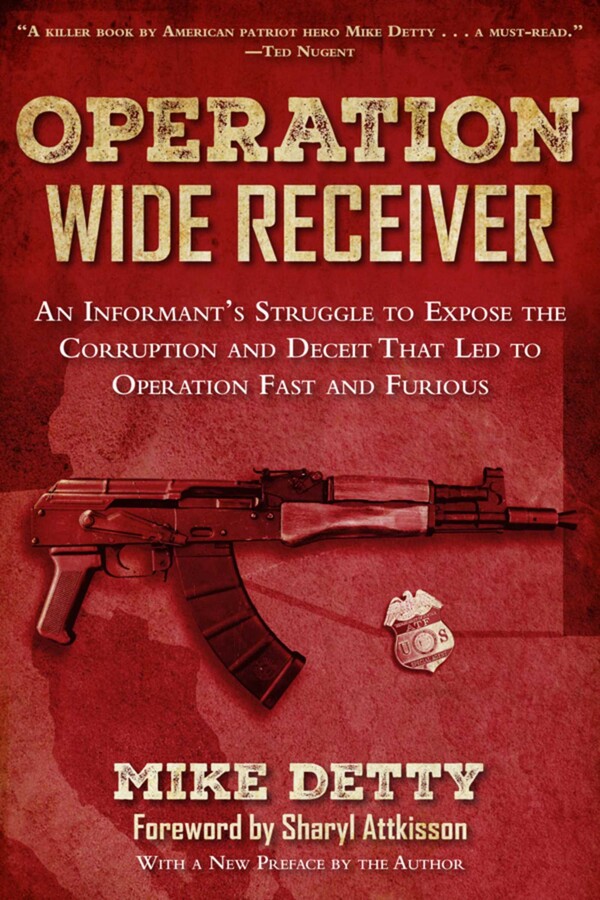 The true and shocking story of an undercover smuggling operation.

Conducted under the umbrella of Project Gunrunner and intended to stem the flow of firearms to Mexico, the Bureau of Alcohol, Tobacco, Firearms, and Explosives (ATF) ran a series of gun walking” sting operations, including Operation Wide Receiver and Operation Fast & Furious. The government allowed licensed gun dealers to sell weapons to illegal straw buyers so that they could continue to track the firearms as they were transferred to higher-level traffickers and key figures in Mexican cartels.

Motivated by a sense of patriotic duty, Tucson gun dealer and author Mike Detty alerted the local ATF office when he was first approached by suspected cartel associates. Detty made the commitment and assumed the risks involved to help the feds make their case, often selling guns to these thugs from his home in the dead of night. Originally informed that the investigation would last just weeks, Detty’s undercover involvement in Operation Wide Receiverthe precursor to Operation Fast & Furious, by far the largest gun walking” probestretched on for an astonishing and dangerous three years.

Though the case took several twists and turns, perhaps the cruelest turn was his betrayal by the very agency he risked everything to help.