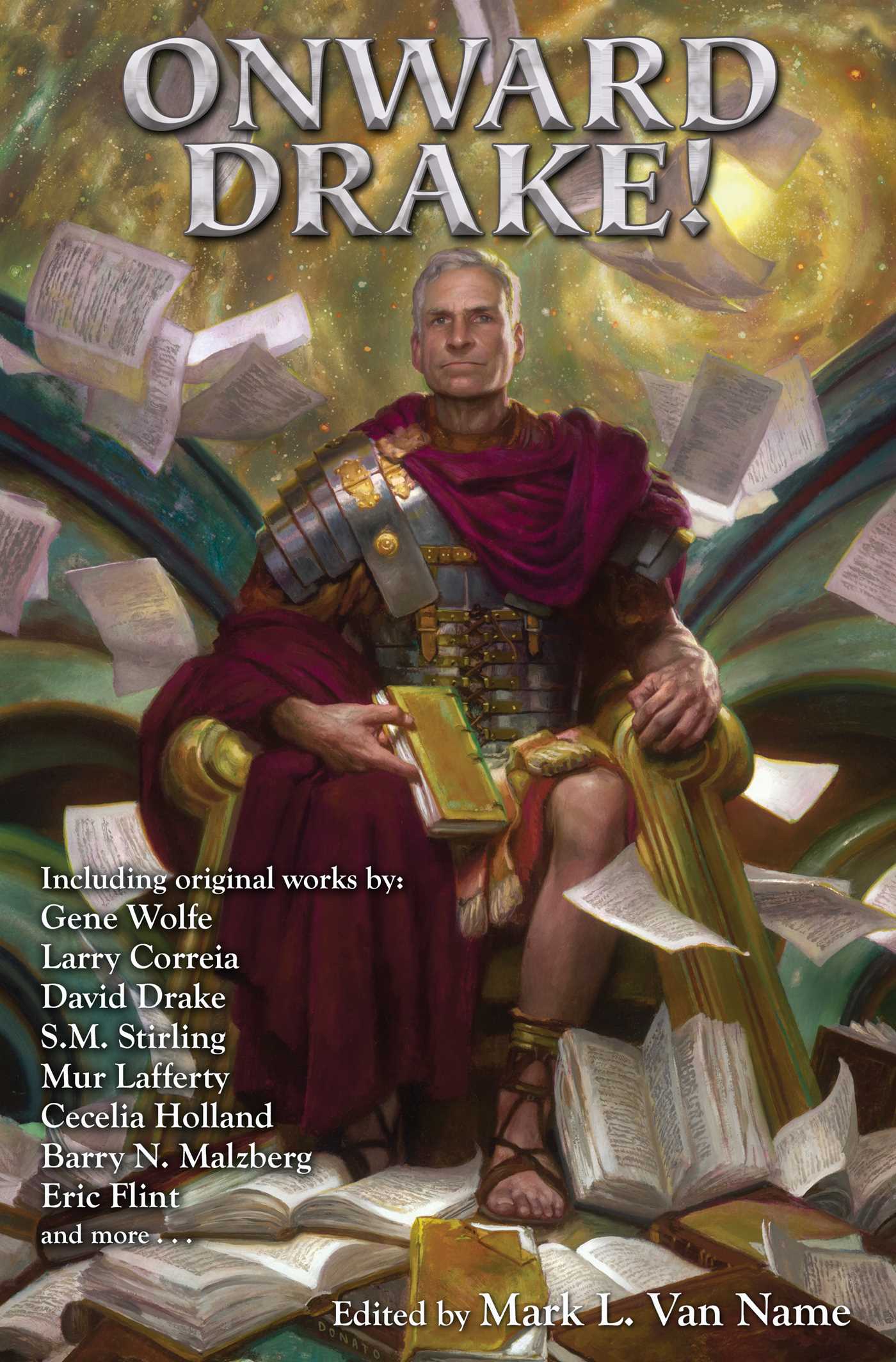 TOP AUTHORS PAY TRIBUTE TO A MASTER. David Drake has left an indelible mark on the science fiction and fantasy genres. He is considered the Grand Master of Military Science Fiction. Now, top authors in the field pay tribute to the man and his work in this all-new collection of stories and essays.

Best-selling author David Drake has been creating topnotch military science fiction, space opera, and fantasy novels and stories for decades. In this all-original collection that appears as Drake is a Special Guest of the 2015 World Fantasy Convention, a stellar line-up of writers pays tribute to Drake with stories as broad in range as his own fiction. Each one comes with an illuminating afterword explaining the connection of the story to Drake and his work.

S.M. Stirling offers an insider’s view of “Working with Dave, or, Inmates in Bellevue”

Mur Lafferty shows what happens when a fairy visitor receives an unexpected welcome in “The Crate Warrior, the Doppelganger, and the Idea Woman”

The book also features two new pieces from Drake himself: “The Great Wizard, Cabbage,” a comic historical fantasy, and “Save What You Can,” the first new Hammer’s Slammers story in nearly a decade!

About Onward, Drake!:
"[R]uns the gamut from light-hearted, humorous pieces to touching tributes to the work’s star, focusing largely on his military service. . . . Each story in the work pays tribute to some aspect of Drake and each tribute celebrates the life and contributions of one of the field’s masters."—Publishers Weekly

Praise for the work of David Drake:
“[P]rose as cold and hard s the metal alloy of a tank…rivals Crane and Remarque…” –Chicago Sun-Times

“The fun is in the telling, and Mr. Drake has a strong voice. I want more!” –Philadelphia Weekly Press

“[S]pace opera is alive and well. This series is getting better as the author goes along…character development combined with first-rate action and memorable world designs.” –SFReader.com