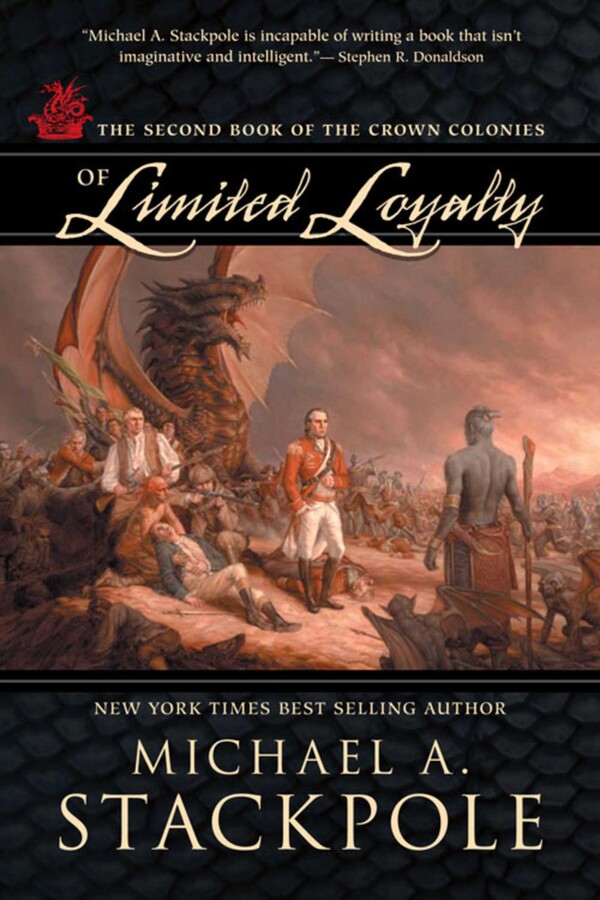 Part of Crown Colonies
By Michael A. Stackpole
LIST PRICE $14.99
PRICE MAY VARY BY RETAILER

1767. In the three years since defeating the Tharyngians at Anvil Lake, The Crown Colonies of Mystria have prospered. Colonists, whether hunting for new land or the Promised Land of prophecy, have pushed beyond the bounds of charters granted by the Queen of Norisle. Some of these new communities have even had the temerity to tell the Crown they are no longer subject to its authorities. To survey the full extent of the western expansion, the Crown has sent Colonel Ian Rathfield to join Nathaniel Woods, Owen Strake, and Kamiskwa on an expedition into the Mystrian interior. They discover a land full of isolated and unique communities, each shaped in accord with the ideals of the founders. Conflicts abound among them, and old enemies show up at the least useful moments. Worse yet, lurking out there is a menace which the Twilight People only know from folklore as the Antedeluvians; and westward penetration stumbles into their lands and awakens them. Alerted to this threat by his men, Prince Vlad petitions the Crown to send troops and supplies to destroy this new and terrifying enemy. The Crown refuses, citing massive debts from the last war. They dismiss Vlad's claims as fantasy, and impose a series of taxes on Mystrian trade to finance their own recovery. Faced with fighting an inhuman foe in a land seething with resentment against the Crown, Vlad must unite the Colonies in a common cause, or preside over their complete destruction.

Part of Crown Colonies
By Michael A. Stackpole
LIST PRICE $14.99
PRICE MAY VARY BY RETAILER

More books from this author: Michael A. Stackpole