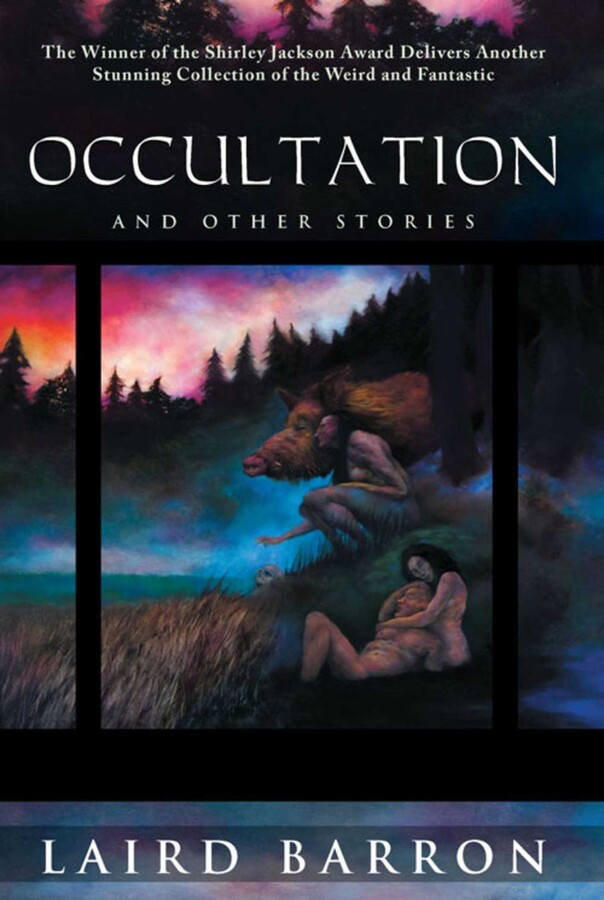 Occultation and Other Stories

By Laird Barron
LIST PRICE $24.95
PRICE MAY VARY BY RETAILER

Winner of the Shirley Jackson Award, nine stories of cosmic horror from the heir apparent to Lovecraft’s throne.

Laird Barron has emerged as one of the strongest voices in modern horror and dark fantasy fiction, building on the eldritch tradition pioneered by writers such as H. P. Lovecraft, Peter Straub, and Thomas Ligotti. His stories have garnered critical acclaim and have been reprinted in numerous year’s best anthologies and nominated for multiple awards, including the Crawford, International Horror Guild, Shirley Jackson, Theodore Sturgeon, and World Fantasy awards. His debut collection, The Imago Sequence and Other Stories, was the inaugural winner of the Shirley Jackson Award.

He returns with his second collection, Occultation. Pitting ordinary men and women against a carnivorous, chaotic cosmos, Occultation’s nine tales of terror (two published here for the first time) were nominated for just as many Shirley Jackson awards, winning for the novella “Mysterium Tremendum” and the collection as a whole. Occultation brings more of the spine-chillingly sublime cosmic horror Laird Barron’s fans have come to expect.
Skyhorse Publishing, under our Night Shade and Talos imprints, is proud to publish a broad range of titles for readers interested in science fiction (space opera, time travel, hard SF, alien invasion, near-future dystopia), fantasy (grimdark, sword and sorcery, contemporary urban fantasy, steampunk, alternative history), and horror (zombies, vampires, and the occult and supernatural), and much more. While not every title we publish becomes a New York Times bestseller, a national bestseller, or a Hugo or Nebula award-winner, we are committed to publishing quality books from a diverse group of authors.

Occultation and Other Stories

By Laird Barron
LIST PRICE $24.95
PRICE MAY VARY BY RETAILER