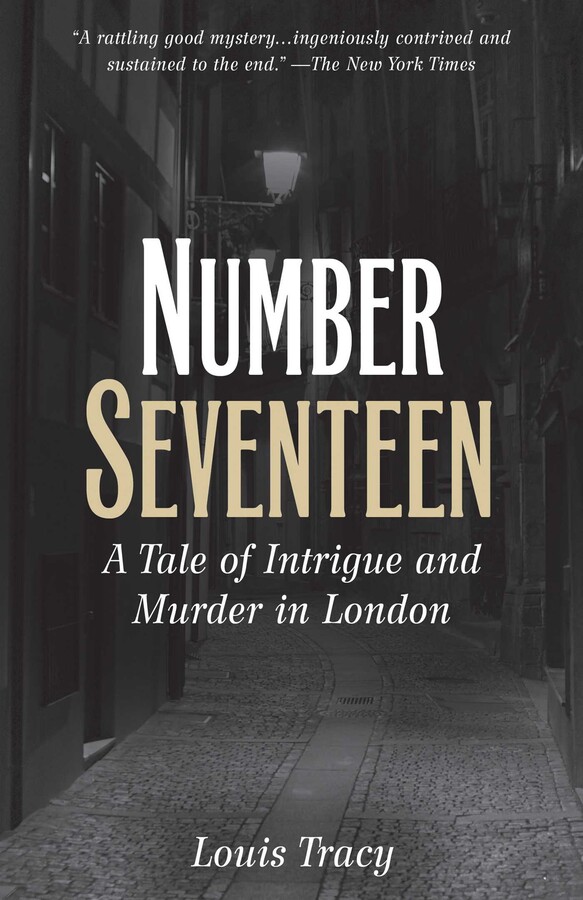 By Louis Tracy
LIST PRICE $10.99
PRICE MAY VARY BY RETAILER

When a writer emerges from a London theater, he notices an attractive young woman and an older man waiting for their car. He arrives home after a short delay and notices the older man, whom he’d overheard tell his companion he was stopping at his club, outside the building.
Before going up to his flat, Number 16, the writer sees the man enter the building and pay a brief visit to Flat 17, the home of a widow, and then leave.
The next day, the writer is the guest of an influential millionaire who’d agreed to be interviewed for a special article. Not long before his appointment, the writer learns that his neighbor, the widow, was murdered the previous night. To top this off, the millionaire turns out to be the man he saw enter his building. The writer’s anxiety increases when he is followed home by a mysterious limousine.

The writer rapidly becomes involved in the investigation, brought along by a bickering pair of detectives who are considerably more perceptive than they first appear.

The reader can’t help being brought along as well, since Number Seventeen involves multiple twists and turns, international intrigue, a motorcycle chase, and more. The book thrilled readers when it was first published in 1915, and fans of rattling good” mysteries will find it just as entertaining today.

By Louis Tracy
LIST PRICE $10.99
PRICE MAY VARY BY RETAILER