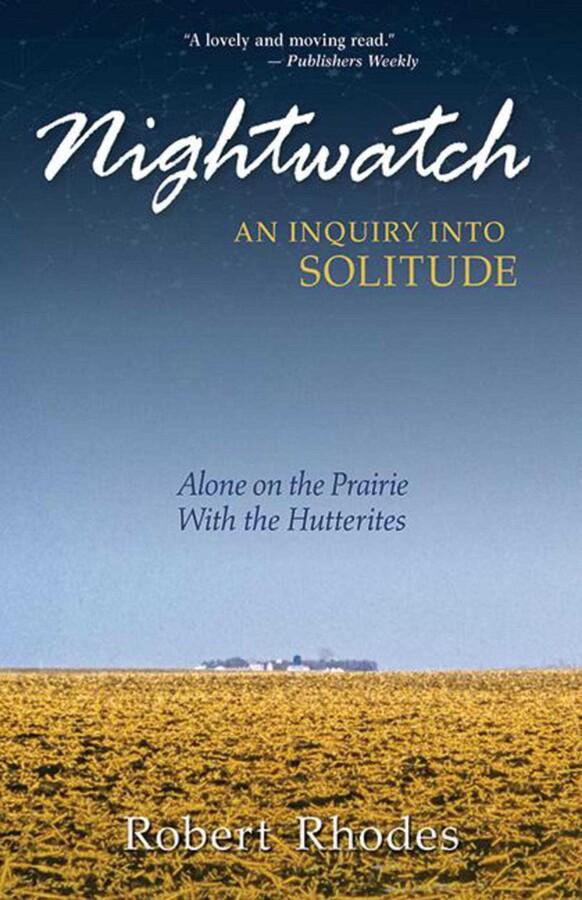 Nightwatch: An Inquiry Into Solitude

Alone On The Prairie With The Hutterites

What would compel a daily newspaper journalist, raised in an affluent family in the South, to abandon his career and embark on a spiritual odyssey that would take him, his wife, and young daughter to live among the Plain people of the prairies, the Hutterian Brethren? From 1995 to 2002, the author and his family gave up all claims to personal property, moved to Starland Colony in Minnesota, and joined the often contradictory Old World existence of the Hutterites, whose isolated farming communes stretch across the American Great Plains and the prairie provinces of Canada.           In Nightwatch, the author explores the modern-day expression of Hutterianism, born amid the flames and persecution of the Reformation and transplanted in the 1870s from Russia to the western United States. This is a story not only of spiritual questioning, but an inquiry into what it is to be "strangers among strangers," looking at the inner callings that bring people together, and in some cases drive them apart.           "Several months after we had moved to Starland, a period during which we had passed a long and dormant winter, seldom traveling because of the deep and smothering snow, I made a trip into the Twin Cities, about 80 miles away. Having lived so far from the rest of society, even for a few months, I felt a distinct anxiety when I found myself in downtown Minneapolis that first time, navigating the crowds and passing among buildings much taller than our colony's feed mill leg, which was the tallest object in all of Sibley County. An encounter with the homeless in Minneapolis, or the sight of a man and woman begging for money beneath an overpass while their small fire smoldered and snow drifted around them, filled me with despair and dread. Returning to our place that night, down the snow-streaked county roads, past gray dairies and mailboxes with Norwegian names, I sat in the minister's living room. I told him I was glad I had such a place to come home to, that we didn't have to live like the people in the big evil cities. David Vetter looked at me a moment and said something I did not expect: "Spoken like a true Pharisee," he said. "You've only been here a few short months, and already you're getting to be just like us."

Nightwatch: An Inquiry Into Solitude

Alone On The Prairie With The Hutterites