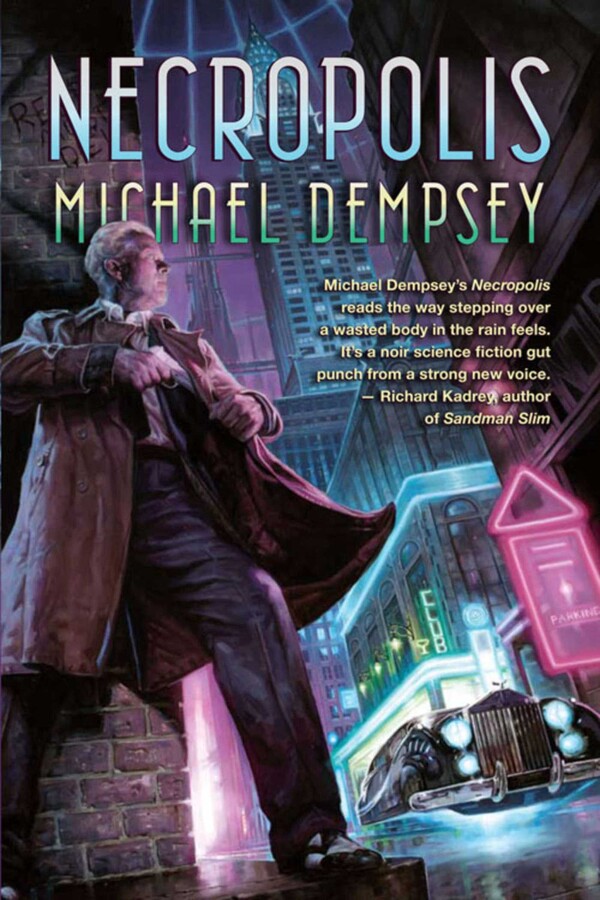 By Michael Dempsey
LIST PRICE $14.99
PRICE MAY VARY BY RETAILER

In a world where death is a thing of the past, how far would you go to solve your own murder? NYPD detective Paul Donner and his wife Elise were killed in a hold-up gone wrong. Fifty years later, Donner is back: revived courtesy of the Shift. Supposedly the unintended side-effect of a botched biological terrorist attack and carried by a ubiquitous retrovirus, the Shift jump-starts dead DNA and throws the life cycle into reverse, so reborns like Donner must cope with the fact that they are not only slowly youthing toward a new childhood, but have become New York's most hated minority. With New York quarantined beneath a geodesic blister, government and basic services have been outsourced by a private security corporation named Surazal. Reborns and infected norms alike struggle in a counterclockwise world, where everybody gets younger, you can see Elvis every night at Radio City Music Hall, and nobody has any hope of ever seeing the outside world. Lost in a sea of nostalgia, NYC becomes an inwardly focused schizophrenic culture of alienation and loss. In this backwards-looking culture where only some of the dead have returned, Donner is haunted by revivers guilt, and becomes obsessed with finding out who killed him and his non-returning wife. Little does he know, strange forces have already begun tracking him. Donner isn't the only one obsessed with the past.

By Michael Dempsey
LIST PRICE $14.99
PRICE MAY VARY BY RETAILER