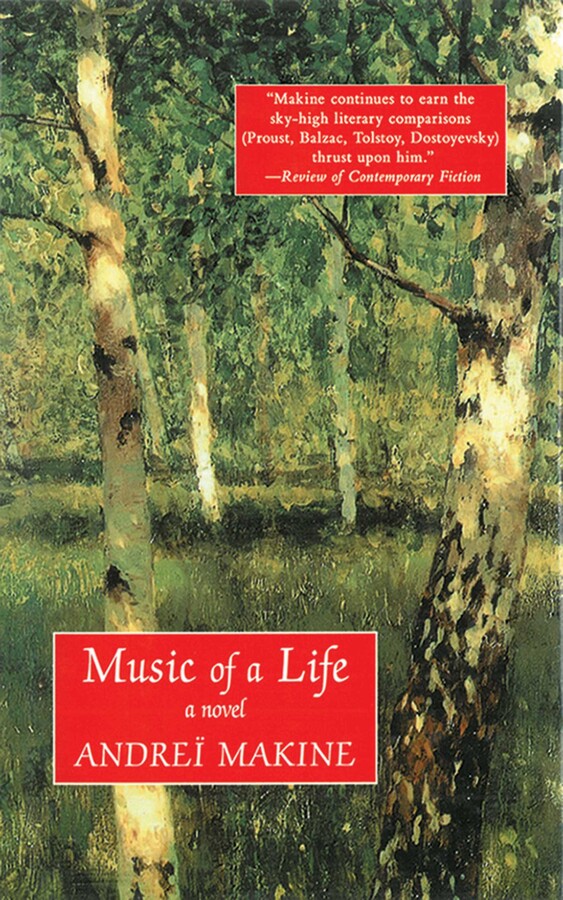 By Andreï Makine
LIST PRICE $10.99
PRICE MAY VARY BY RETAILER

A brief but extraordinarily powerful novel by the author of Dreams of My Russian Summers and Requiem for a Lost Empire, Music of a Life is set in the period just before, and two decades after, World War II.
Alexeï Berg’s father is a well-known dramatist, his mother a famous opera singer. But during Stalin’s reign of terror in the 1930s they, like millions of other Russians, come under attack for their presumed lack of political purity. Harassed and proscribed, they have nonetheless, on the eve of Hitler’s war, not yet been arrested. And young Alexeï himself, a budding classical pianist, has been allowed to continue his musical studies. His first solo concert is scheduled for May 24, 1941. Two days before the concert, on his way home from his final rehearsal, he sees his parents being arrested, taken from their Moscow apartment. Knowing his own arrest will not be far behind, Alexeï flees to the country house of his fiancée, where again betrayal awaits him. He flees, one step ahead of the dreaded secret police until, taking on the identity of a dead soldier, he enlists in the Soviet army. Thus begins his seemingly endless journey, through war and peace, until he lands, two decades later, in a snowbound train station in the Urals, where he relates his harrowing saga to the novel’s narrator. An international bestseller, Music of a Life is, in the words of Le Monde, “extremely powerful . . . a gem.”

By Andreï Makine
LIST PRICE $10.99
PRICE MAY VARY BY RETAILER