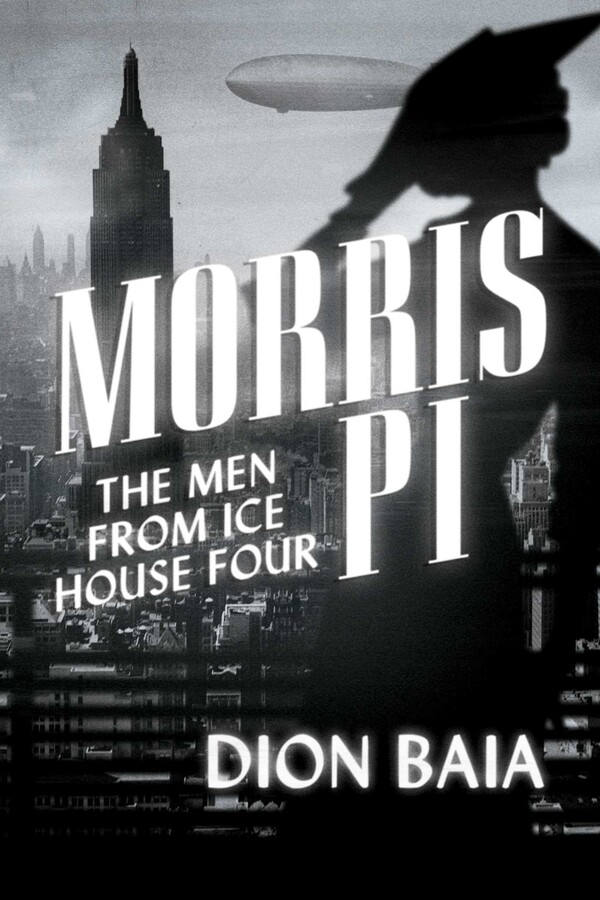 The Men from Ice House Four

By Dion Baia
LIST PRICE $17.00
PRICE MAY VARY BY RETAILER

While investigating the disappearance of a prominent tycoon’s young employee in New York City’s Harlem, Private Detective Walter Morris uncovers a horrifying and fantastical plot that brings the final days of World War II to the streets of the Big Apple.

New York City, 1945. The war in Europe is in its final days and life in the Big Apple may soon be back to normal. Harlem Private Detective Walter Morris is hired by the reclusive tycoon, Cuthbert Hayden, to find his maid’s missing daughter. Walter begins a journey into the dark and seedy underworld of the city—through a world of back-alley nightclubs, gangsters, double agents, serial killers, black market surgeons, and scientifically engineered monsters…and that doesn’t even scratch the surface.

Morris slowly picks apart the onion and stumbles across a horrifying plan to thwart the American fight in the war—a plot that brings Walter face to face with one of the most notorious mass murderers of all time, Doctor Josefe Mengele. Why is Mengele in New York? And what is the totten core? The answer to those questions and many more will change Walter’s life forever and leave a scar on the world—a wound from which it still hasn’t recovered.

Dion Baia was born in New Haven, Connecticut, where he grew up before moving to its suburb, Hamden. He graduated from SUNY Purchase College’s Conservatory of Film in 2001, and immediately began working in the industry—specifically, behind the camera in television at Fox News, doing in-studio audio on shows like Your World with Neil Cavuto, Hannity & Colmes, The Kelly File with Megyn Kelly, Hannity, The Story with Martha MacCallum, The Greg Gutfeld Show, and Kennedy, among others.

It was during this time at his day job that he first wrote his 2018 book Blood in the Streets, as well as Morris PI: The Men from Ice House Four, both as screenplays, in an effort to break out from behind the camera and transcend beyond a technical capacity into cinema. After having no luck getting eyes on these works, and now two others—an inner-city gothic horror script and a revenge western screenplay—he decided in 2012 to translate Blood in the Streets and Morris PI into novel form.

In 2011, Mr. Cavuto began using Dion in front of the camera on his show, where Dion acted as a kind of comic relief in order to help promote the new channel the Fox Business Network. He periodically appeared, performing small, self-written comedic vignettes and encouraging viewers to call their television providers to “Demand It” (“It” being FBN). That same year, he also began his podcasting career, and in 2014 cofounded the Saturday Night Movie Sleepovers, a nostalgic deep-dive into the films that helped shaped his life. He also graduated to contributing weekly to panel segments on Your World, which he still continues to do to this day.

In 2018 he published his first novel, Blood in the Streets, with Post Hill Press, and in 2020 costarred in the John Schneider comedic car chase adventure film, Stand On It!.

Dion currently lives in Westchester, New York, with his wife Helen-Grace; their son Babe, an opinionated Yorkshire Terrier; and their cat Tofu Roberta.

The Men from Ice House Four

By Dion Baia
LIST PRICE $17.00
PRICE MAY VARY BY RETAILER