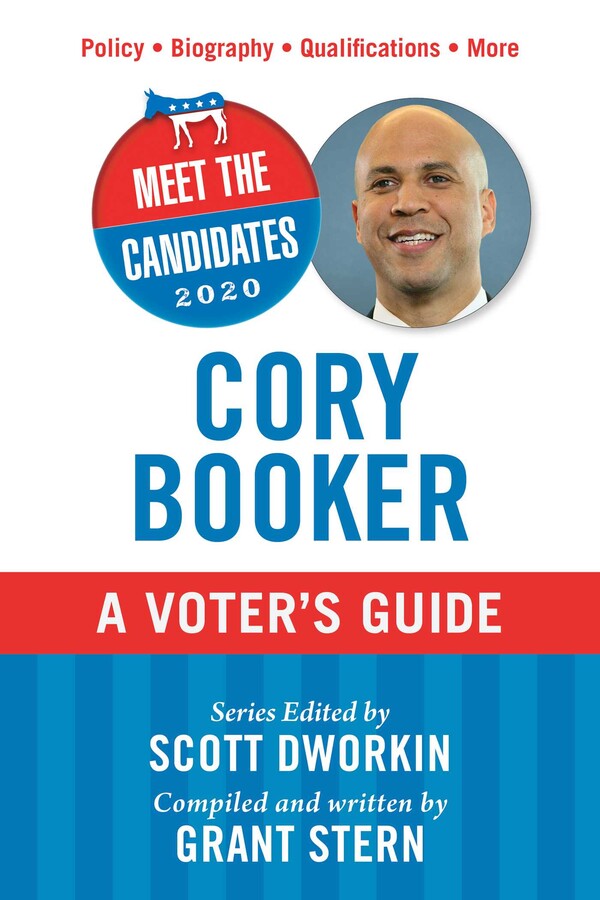 A primer on the policies and candidacy of the Democratic senator from New Jersey, who has made social and racial justice his foundation. Is he the right Democrat to take on Trump?

Cory Booker, New Jersey senator and former mayor of Newark, has a voting record measured a third most liberal in his time in the Senate. Meet the Candidates 2020:Cory Booker: A Voter’s Guide helps you understand exactly how liberal Booker is, where on the spectrum Booker sits among Democratic contenders for the presidency, and whether his positions are worthy of your vote.

Booker, a voice for social progress and equality and a critic of President Trump, is campaigning on the platform of an end to the war on drugs and drug reform, single-payer healthcare, education reform, environmental reform and the Green New Deal, and criminal justice reform. He sits on the Committee on Environment and Public Works, Committee on Foreign Relations, and the Senate Committee on the Judiciary, where he emerged as a strong voice in the Kavanaugh hearings.

The Meet the Candidates 2020 series is the informed voter’s guide to making a decision in the 2020 Democratic primary and presidential election. Each book gives an unbiased, political insider’s analysis of each contender, featuring: candidate interviews; an introduction by campaign adviser, Democratic Coalition co-founder, and Dworkin Report host Scott Dworkin; and compilation and writing by Occupy Democrats Editor at Large Grant Stern. In two hours of reading, you’ll understand their defining characteristics, credentials, campaign issues, challenges, presidential chances, and everything else you need to know to decide who should challenge Donald Trump. Whether it’s for Elizabeth Warren, Joe Biden, Bernie Sanders, Kamala Harris, Julian Castro, Cory Booker, or another, Meet the Candidates is what you need to make an informed vote for president in 2020.