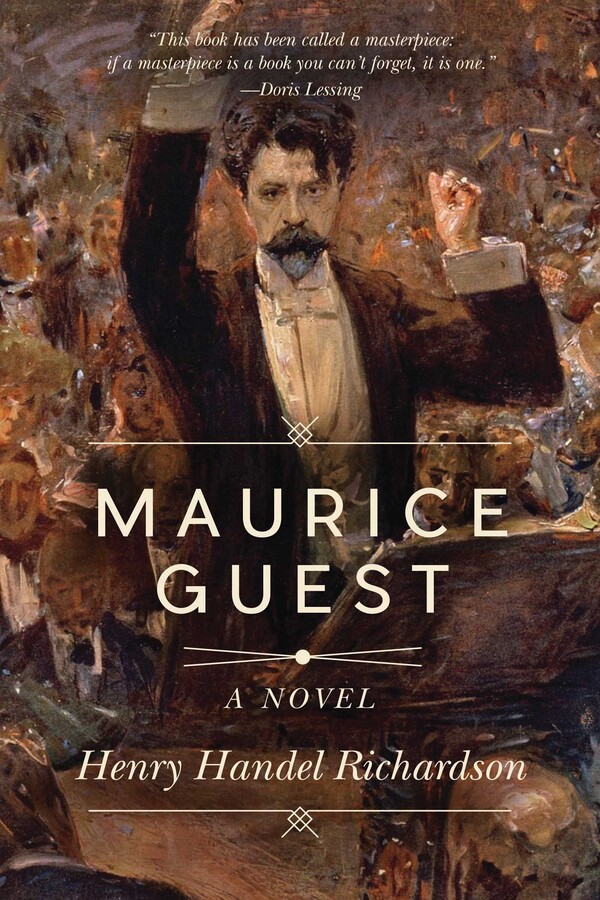 Maurice Guest comes to Leipzig, the music capital of Europe, to realize his dream of becoming a great pianist. However, in its bohemian and heady atmosphere, he encounters not exaltation and inspiration but coarseness, greed, and ambition. For his muse, he turns to Louise Dufraryer, an exotic and languid pianist. Louise has recently been deserted by her own obsessive love, the resident composer and reigning genius, Schilsky.

Now her capricious demands on Maurice’s time and energy destroy whatever slight chance he may have had at distinguishing himself. The more he slides in failure, the more striking the contrast between him and the absent Schilsky, who still holds first place in Louise’s thoughts and feelings. The degradation of their relationship runs its full course until jealousy and hatred are its only vital forms.

Maurice Guest was first published in 1908. Antonia White called it one of the greatest novels of the twentieth century.” As a study of the tragic power of desperate love, it ranks in the great tradition of the European naturalist novel.