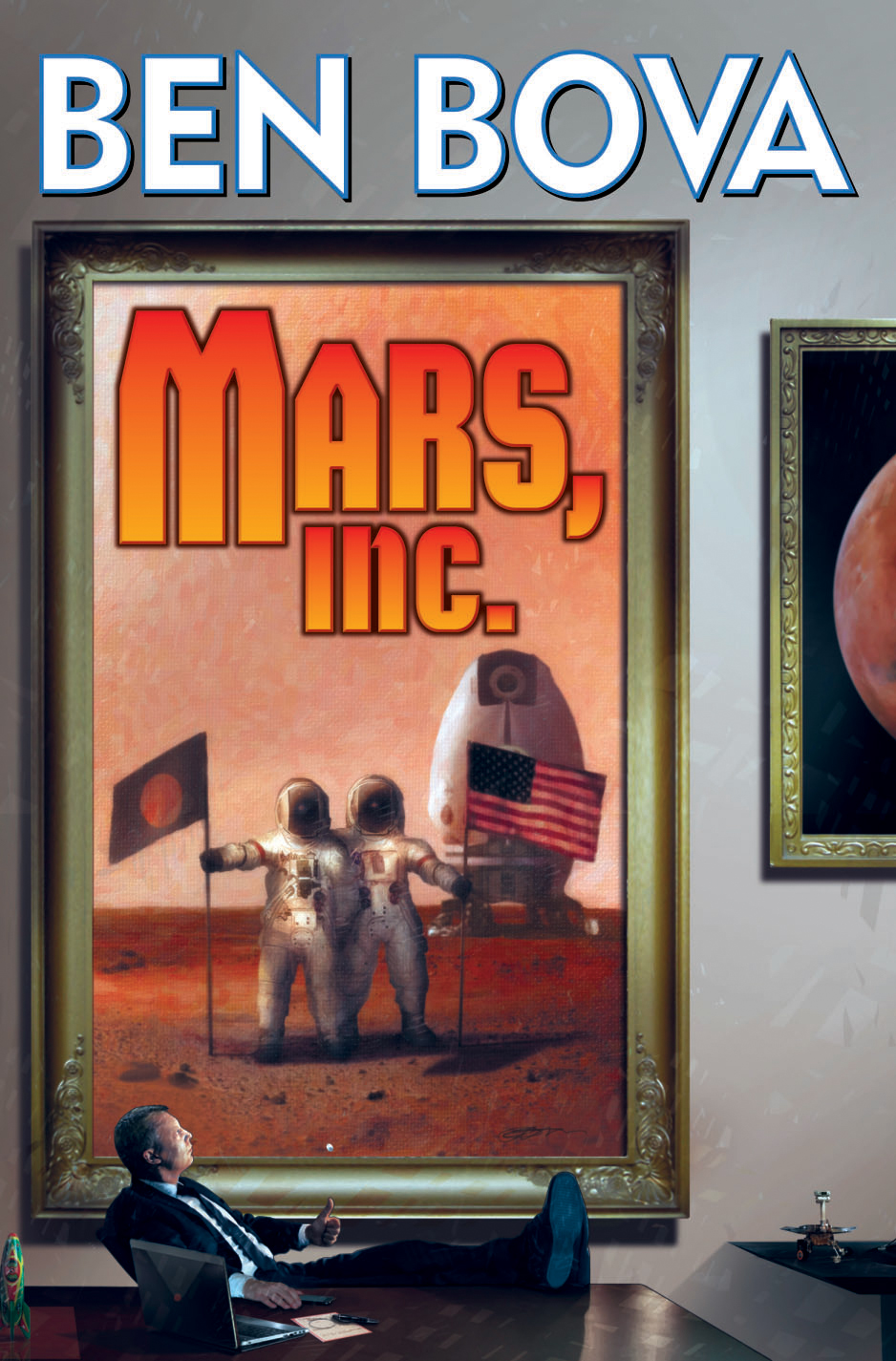 Part of BAEN
By Ben Bova
LIST PRICE $25.00
PRICE MAY VARY BY RETAILER

A new novel from Ben Bova, creator of the New York Times best-selling Grand Tour science fiction series. Bova is a six time Hugo award winner, and past president of the National Space Society.  Here, Bova returns to his most popular and best-selling subject: the quest for Mars!

How do you get to the Red Planet?  Not via a benighted government program trapped in red tape and bound by budget constrictions, that’s for sure.  No, what it will take is a helping of adventure, science, corporate powerplays, a generous dollop of seduction—both in and out of the boardroom—and money, money, money!

Art Thrasher knows this.  He is a man with a driving vision: send humans to Mars.  The government has utterly failed, but Thrasher has got the plan to accomplish such a feat: form a “club” or billionaires to chip in one billion a year until the dream is accomplished.  But these are men and women who are tough cookies, addicted to a profitable bottom-line, and disdainful of pie-in-the-sky dreamers who want to use their cash to make somebody else’s dreams come true.

But Thrasher is different from the other dreamers in an important regard: he’s a billionaire himself, and the president of a successful company. But it’s going to take all his wiles as a captain of industry and master manipulator of business and capital to overcome setbacks and sabotage—and get a rocket full of scientist, engineers, visionaries, and dreamers on their way to the Red Planet.

The man for the job has arrived.  Art Thrasher is prepared to do whatever it takes to humans on Mars—or die trying!

About Mars, Inc.:
“. . .perfectly enjoyable as an SF book (could Bova write anything that wasn’t enjoyable?), Mars, Inc. has that torn-from-the-headline vibe that’s obviously intended for a larger audience. . . . the bottom line? Mars, Inc. has inspiration, excitement, thrills, romance, a dash of satire—and is a good, fun read . . . .”—Analog

"The Hugo winner returns to his most popular subject: the quest for Mars."—Publishers Weekly

". . . escapist fantasy for rocket scientists and space engineers, those dreaming of these kinds of missions. Yet Bova’s story is rigorously realistic. . . . a fun read showing you do not need car chases or shootouts to deliver a fast-paced and exciting story."—Daily News of Galveston County

About the award winning novels of Ben Bova:
“Technically accurate and absorbing.  . ..”—Kirkus

“[Bova is] the science fiction author who will have the greatest effect on the world.”—Ray Bradbury

“Gives a good read while turning your eyes to what might be in the not so distant future, just like Clarke and Asimov used to do so well.”—SFX

Part of BAEN
By Ben Bova
LIST PRICE $25.00
PRICE MAY VARY BY RETAILER

More books in this series: BAEN