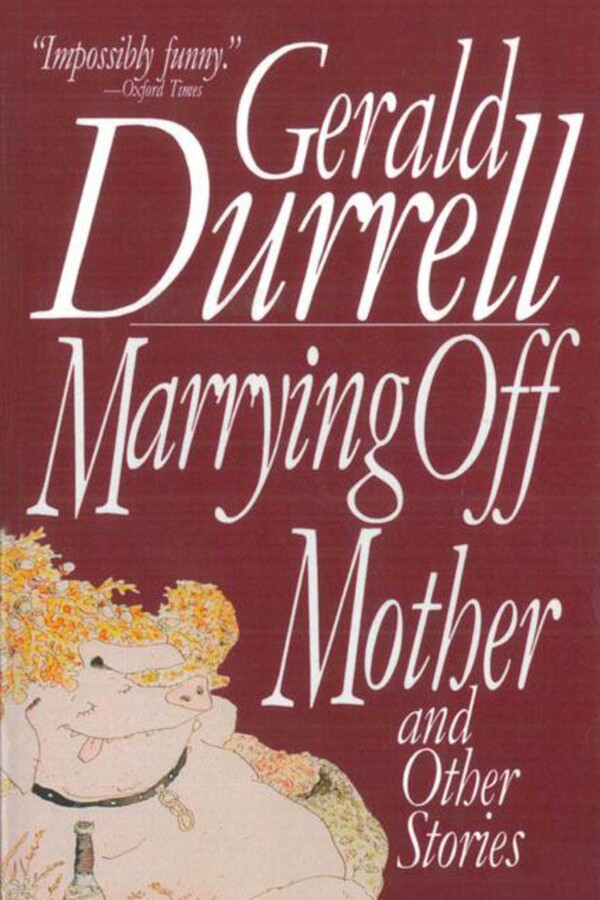 "These stories are full of romps, archness, and old-fashioned silliness."—Boston Globe.

A world-famous conservationist and humorist, Gerald Durrell shares eight irresistible stories that beg to be retold over and over again. Durrell’s wit is on-point and as said in the San Francisco Chronicle, “The old Durrell charm is still there.”

“All of these stories are true,” states Gerald Durrell in the preface to this newest collection of his fiction, but he quickly amends, “To be strictly accurate, some are true, some have a kernel of truth and a shell of embroidery.”

Ranging from the equator to the southern coast of England, Marrying off Mother and Other Stories covers a wonderfully eccentric cast of characters. Durrell returns to his Corfu childhood and reintroduces the members of the Durrell clan familiar from My Family and Other Animals. He also shares his picnic with a fragrant sow and prize truffler named Esmeralda in the Perigord; charms an aging belle in Memphis; stays with an alcoholic hangman in Paraguay; delivers a pornographic parrot to a clergyman in London; and dines with a gambling nun in Monte Carlo.
Skyhorse Publishing, as well as our Arcade, Yucca, and Good Books imprints, are proud to publish a broad range of books for readers interested in fiction—novels, novellas, political and medical thrillers, comedy, satire, historical fiction, romance, erotic and love stories, mystery, classic literature, folklore and mythology, literary classics including Shakespeare, Dumas, Wilde, Cather, and much more. While not every title we publish becomes a New York Times bestseller or a national bestseller, we are committed to books on subjects that are sometimes overlooked and to authors whose work might not otherwise find a home.

"These stories are full of romps, archness, and old-fashioned silliness."
— Boston Globe

"These stories are full of romps, archness, and old-fashioned silliness."
— Boston Globe