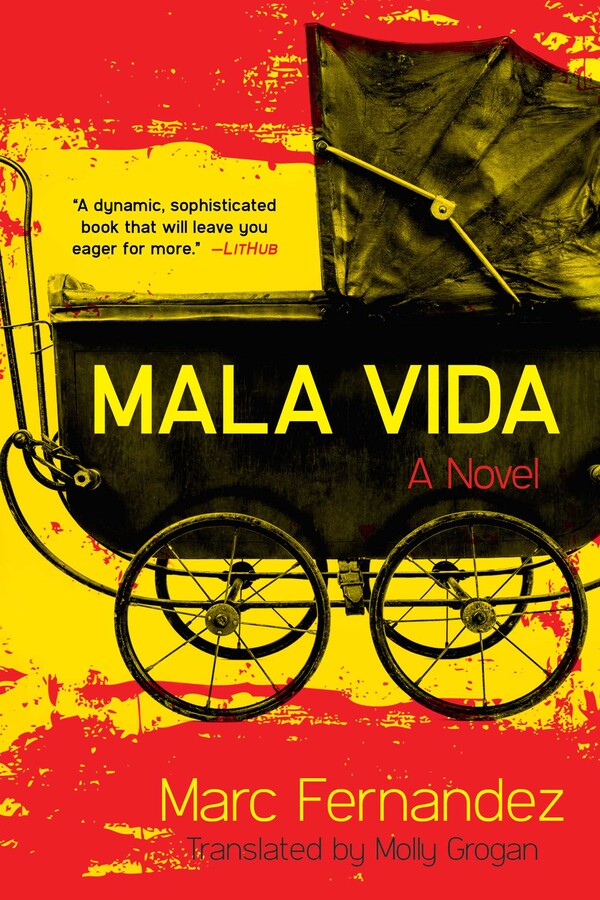 By Marc Fernandez
Translated by Molly Grogan
Trade Paperback
Paper Over Board eBook
LIST PRICE $15.99
PRICE MAY VARY BY RETAILER

Finalist for the Readers of Elle Magazine's Grand Prize (France)

Almodóvar meets Orwell in this acclaimed, fast-paced contemporary noir novel exposing the most shameful secrets of the Franco era.

Present-day Spain, a time of economic crisis and resurgent populist nationalism. The radical right has just won the election after twelve years of Socialist rule. In the midst of this political upheaval, a series of murders is committed, taking place from Madrid to Barcelona to Valencia. The victims include a politician a real-estate lawyer, doctor, a banker, and a nun. There is no obvious connection between them.

As the country prepares for a return to a certain moral order, radio crime reporter Diego Martin is trying to keep his head above water in anticipation of the expected media purge. When he decides to look into the first murder, he doesn't have the faintest clue that his investigation will lead far beyond his local beat and put his life at risk. For what he uncovers exposes the roots of a national scandal: the theft of babies from the victims of the Franco regime, crimes—never prosecuted—that were orchestrated by now well-connected citizens who will do anything to avoid exposure.

Marc Fernandez is cofounder and editor in chief of the magazine Alibi, dedicated to crime fiction. He has been a journalist for sixteen years and for much of that time covered Spain and Latin America. He has co-written several works of true crime. Mala Vida, his first novel, was a finalist the Grand Prix des Lectrices d'Elle. His second, The Guerrilla Social Club, has been published in France. He lives in Paris.

“A diabolically forceful crime novel that takes all the noir tropes and uses them in foreign territory to great effect . . . [The protagonist] name-checks James Ellroy, and this sprawling yet taut crime novel recalls Ellroy’s percussive style.”—Kirkus Reviews

“Gritty and very realistic . . . A fine novel of crime and conspiracy.”—Booklist

“Mala Vida is riveting in its adaptation of historical realities into a thriller atmosphere . . . often with the rhythm of a ticking stopwatch.”—Foreword Reviews

"Mala Vida is a brooding and powerful noir, equal parts social critique, personal journey, and scintillating mystery, from an author with substantial expertise in both Spanish history and the art of mystery fiction. . . .An unsettling look at contemporary Spain, its rightward shift, and demons from the Franco era that continue to haunt the country today. "—CrimeReads

“A dynamic, sophisticated book that will leave you eager for more."—LitHub

Fernandez has written one of the most damning exposes of a horror possibly perpetrated by the regime of Francisco Franco during his rule of Spain.”—Stacy Alesi's bookbitch.com

"A nice blend of historical fact and crime fiction.”—Melisendeslibrary.com

"If Orwell had met Almódovar, he would have written something like this."—Le Point

"Marc Fernandez proves himself to be a fearless storyteller, smartly blending historical fact with a crime fiction plot."—Le Monde, M (the magazine)

"The plot, at the intersection of contemporary politics and history, unfolds with a growing sense of pleasure and exoticism. The characters' color and verve is reminiscent of Almodovar."—Le Progrès

"Like a cross between a crime novel and reportage, the story of this dark and little known period during the Franco years cries out with truth."—Point de Vue

“Mala Vida is riveting in its adaptation of historical realities into a thriller atmosphere . . . often with the rhythm of a ticking stopwatch.”—Foreword Reviews

By Marc Fernandez
Translated by Molly Grogan
Trade Paperback
Paper Over Board eBook
LIST PRICE $15.99
PRICE MAY VARY BY RETAILER