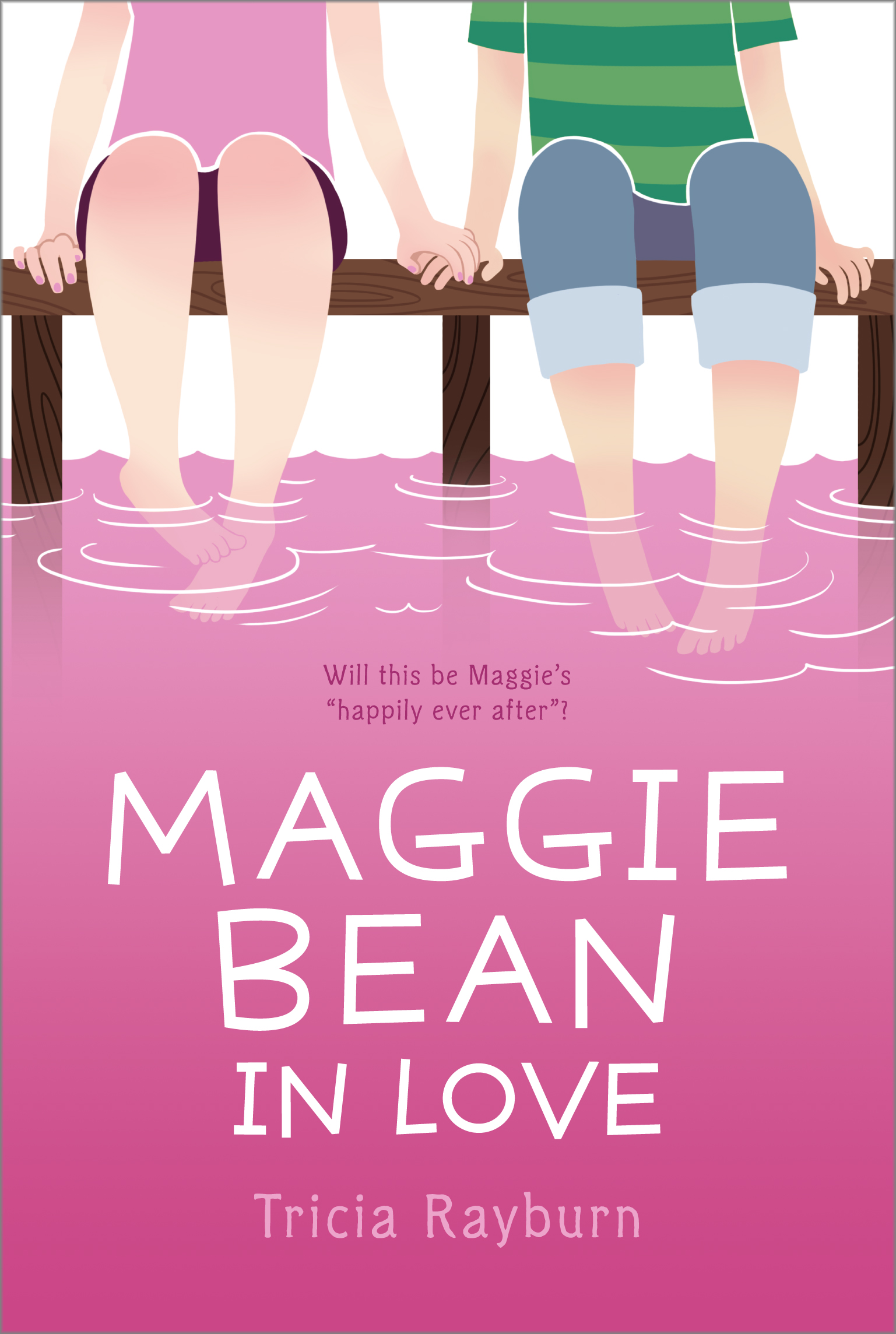 By Tricia Rayburn
LIST PRICE $6.99
PRICE MAY VARY BY RETAILER

At the start of 8th grade, Maggie Bean is really, truly, 100% happy. She's successfully maintained her weight, moved into a beautiful house her family actually owns, and -- best of all -- fallen in love. That's right--love. The real kind, with actual dates, hand holding, laughing and wishing every perfect moment would never end. Maggie wants nothing more than to bask in the joy of having a boyfriend, being a girlfriend and enjoying eighth grade. But eighth grade is serious -- it's one year closer to high school, college and the rest of her life, and Maggie has a lot to do: academic clubs, the swim team, the Patrol This weight-loss club... On top of that, she is striving to the best friend, daughter, and sister she can be (not to mention girlfriend). Balancing everything requires a lot of careful planning and organizing--and, this time, Maggie's Master Mult-Tasker might not be enough. Can she handle the pressure? Can she be everything to everybody--including herself? And will her new relationship survive while she's figuring it all out?

Maggie Bean in Love
1. Maggie Bean stood at the greeting-card end of the stationery aisle, biting her lip and carefully deciding which sentiment would leave the best impression. “Thinking of You” and “Just Saying Hello” were definitely more appropriate than “Happy Birthday” and “Get Well Soon,” but that didn’t make the selection much easier. On the outside, those cards, the ones decorated with purple flowers and smiling cartoon puppies, seemed perfectly, innocently sweet. But on the inside, with messages like “I treasure our time together” and “Your smile illuminates my soul” written in elaborate script, they were total sugar overload. And since Arnie and Maggie had probably already consumed enough sugar to fuel the Hershey’s factory for an entire year, none of those cards would work as the card—the one Maggie planned to give Arnie in honor of their very first date.

Maggie took the card Aimee held toward her, looked at it, and handed it right back.

“You didn’t even read it,” Aimee protested.

“It could be,” Maggie agreed. “Which is why the glitter is so unfortunate.”

Aimee’s mouth dropped open like they were eight years old and Maggie had just suggested Santa Claus was a figment of the mall. “You don’t like glitter?”

“Or feathers, sequins, plastic gems, and 3-D cutouts.” Maggie pointed to examples of what to avoid on the rack.

“Ah.” Aimee slid the card back in its slot. “Well, I hate to say it, Mags, but if you’re trying to find a boy card, you’ve got a tough job ahead of you. Boys don’t do cards.”

Maggie looked away from the rack to face Aimee.

“They do e-mail. IMs. Text messages. Sometimes phone calls—but only when absolutely necessary, and always under five minutes.”

“We give my dad cards all the time—”

“He’s your dad,” Aimee said simply. “Not a thirteen-year-old boy who wouldn’t even know how to seal an envelope if his mother didn’t lick it for him.”

“And you couldn’t have brought this to my attention half an hour ago?”

Aimee shrugged and grinned sweetly. “Who am I to stand in the way of true love?”

Her face burning red at the thought, Maggie swallowed and turned back to the rack. That was one greeting card category she’d eliminated immediately—no need to consider “You’re the love of my life,” “I never knew love until I knew you,” or “I love you, I love you, I love you!” when she and Arnie hadn’t even been to the movies by themselves yet.

“Could you grab some purple highlighters?” Maggie asked, somehow managing to think of something besides her almost-first boyfriend (fingers crossed) for one second.

“I need purple,” Maggie explained. “It’s the color I use for SAT vocabulary words.”

“The SATs are still four years away?” Maggie finished. “Yes.”

“Can I also grab People magazine for you? So you can enjoy a healthier work-life balance?”

“If you must.” Maggie grinned as Aimee headed down the aisle. They both knew her work-life balance was the best it’d ever been—and about to get even better.

Which was why the card was so important. Next to Aimee, Arnie was her best friend. They’d been through a lot together in the past year. After meeting at Pound Patrollers, where they’d bonded over being the only kids in a circle of middle-aged chocoholics, Arnie had helped Maggie survive embarrassing weight-loss meetings, chocolate relapses, and family turmoil. And two weeks ago, at her family’s house-warming party, he’d confessed what she probably should’ve known but had been too distracted to notice.

Arnie liked her. As more than a friend.

And now they were going out. Or, at least, they were about to go out, on a date.

Arnie had given her a beautiful silver bracelet with an aquamarine stone at her family’s housewarming party, and in honor of their first date, she wanted to give him something in return. Something that said, “Thank you for being my friend. Thank you for putting up with me when I wasn’t the easiest person to put up with, and for liking me despite everything I don’t like about myself. Thank you for being supersweet and funny and adorable. Thank you for being you, and for wanting to be with me. I promise to be the best girlfriend ever.”

Maggie looked up to see Anabel Richards and Julia Swanson, cocaptains of Water Wings, their school’s synchronized swim team, standing near the “I’m Sorry” greeting card section. They were still tall, thin, and dressed like they’d just left an InStyle cover shoot. Their skin glowed a deep, warm gold, most likely because they’d spent their summer vacations lounging on some European beach. This time last year, unexpectedly seeing them here would’ve been enough to make Maggie freeze. That, or run from the drugstore before they noticed her.

But that was then, and this was now. They were about to start eighth grade. Why not start with a clean slate?

“How was your summer?”

“And yours?” Anabel asked.

Anabel nodded, and her eyes darted toward Julia. When Julia continued to smile without speaking, Anabel gave her a quick elbow jab.

“Okay.” Julia exhaled sharply, like Anabel’s jab had reminded her to breathe. “We’ve been dying to know.”

Maggie paused. “Dying to know what?” She knew there was no way she had the information they’d apparently been waiting for.

Julia and Anabel exchanged wide-eyed looks, as though each silently begged the other to answer.

“About your boyfriend!” Anabel finally exclaimed.

So much for starting fresh. Immediately embarrassed for being put on the spot—and not even sure what they were talking about—Maggie felt her cheeks burn and her pulse race. A year later and the most popular girls in school still had this effect on her, like she still weighed more than the two of them combined, and longed to live up to their superficial standards.

Maggie spun around, relieved to see Aimee headed their way. When she turned back, she caught Julia and Anabel exchanging more looks, their eyes even wider than before.

“Which one?” Anabel repeated.

“There’s more than one?” Julia added.

“What happened to Mr. Perfect?”

While Maggie immediately pictured Arnie and wondered how on earth they’d heard about the recent development, Aimee waved one hand and rolled her eyes. “Please,” Aimee said, handing Maggie three purple highlighters and People magazine. “That was over months ago.”

“The Abercrombie surfer who did crossword puzzles with his grandmother, volunteered at homeless shelters, and worshipped you?” Anabel looked at Maggie, shocked. “What happened?”

Maggie’s heart sank slightly. She really wished it wouldn’t, because everything was so good, and she was so happy now, but she couldn’t help it. The last time she’d seen Julia and Anabel was in the drugstore at the beginning of the summer, right before she’d told Peter Applewood that she liked him—and learned that he didn’t feel the same way. That day, in Maggie’s defense and for Julia’s and Anabel’s benefit, Aimee had made Peter sound like Leonardo DiCaprio.

“They grew apart.” Aimee shrugged. “It happens. Especially when high school guys start asking you out.”

Maggie wished she could’ve enjoyed Julia’s and Anabel’s stunned disbelief, but instead, her heart sank again. It was true that Ben, her cute coworker at Camp Sound View, was in high school and had asked her out … but he’d also stopped talking to her the second he found out that she once ate chocolate the way other people breathe oxygen.

“And by the way,” Aimee added, as though letting Julia and Anabel in on a secret, “high school guys aren’t all they’re cracked up to be. Which is why Maggie had to move on to someone else.”

“But I’m so glad you had a great summer,” Maggie said quickly. Julia and Anabel looked like Aimee had just told them Maggie had won $100 million in the lottery and given away every penny.

“Maybe you can tell us all about it at school next week,” Aimee suggested. She picked up Maggie’s shopping basket and handed it to her.

Maggie knew Julia and Anabel were watching her and Aimee head for the register, eyes still wide and mouths open. Maybe later, once they were out of the store and out of interrogation range, she’d find the encounter funny. But right then, all she could think about was getting out.

Reaching the checkout, Maggie quickly unloaded her basket onto the counter. As the saleswoman rang up her school supplies, Maggie’s heart sank yet again. “I forgot it.”

“Impossible,” Aimee said automatically. “You have enough there to educate an entire school.”

“Arnie’s card,” Maggie groaned quietly. “I have to go back.”

“Mags. Seriously. Send him an e-mail.”

Maggie glanced over her shoulder. She knew Julia and Anabel couldn’t have gotten far. And even though the last thing she wanted was to risk any unwanted questions, she also couldn’t leave the store without Arnie’s card.

Thinking only of him, her cute, funny, almost-first boyfriend, she left the counter and strode back toward the stationery aisle. Anabel and Julia still stood where she and Aimee had left them, whispering fiercely, but Maggie just flashed a smile and grabbed the first card she reached in the “Thinking of You” section.

Later, once safely back home and thinking more clearly, she might regret the fast selection. After all, the picture of a heart-shaped piece of chocolate under the pink-scripted “You’re Sweet” was covered in silver glitter. But then again, since the inside of the card was blank, and she’d have to write out exactly what she wanted to say, she might not. Either way, she really couldn’t go wrong.

Because she was giving the card to Arnie, her very first boyfriend. 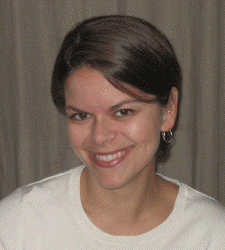 Tricia Rayburn lives on eastern Long island with her fiancé and crazy shih tzu. She tries to eat vegetables instead of candy but, in her weaker moments, loves Reese's Pieces. The Melting of Maggie Bean is her first novel.

By Tricia Rayburn
LIST PRICE $6.99
PRICE MAY VARY BY RETAILER