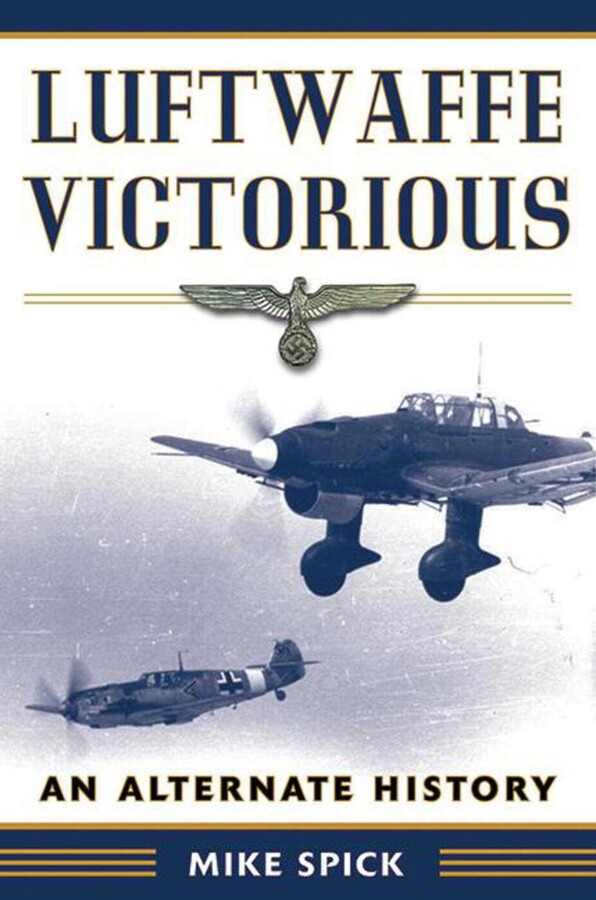 At the outbreak of World War II the Luftwaffe was considered by many to be the world’s most powerful air force. Driven by the new strategy of blitzkrieg, or lightning war, it stormed across Europe in a very short time. Opposing air forces were swept aside as the Luftwaffe blasted a path for the panzers and protected their flanks as they raced for the sea. Flushed with victory, its formidable reputation apparently justified, the Luftwaffe regrouped in occupied Western Europe for a final showdown with its one remaining enemyBritain. Supremely confident, the odds seemed to be on their side. But in the summer of 1940 they suffered a dramatic defeat during the Battle of Britain, and by May 1945 the Germans had surrendered to the Allies and the Third Reich collapsed.

What went wrong? How could things have been different? What if Göring, the brilliant yet flawed Luftwaffe commander, had died prematurely in September 1940? What radical alterations in the pattern of command would have transpired? What if a Luftwaffe strategic bomber force had become a reality?

In this engagingly written and thought-provoking addition to the world of alternate history, aviation enthusiast Mike Spick asks these very questions, envisaging an altogether different series of events that culminate in a dramatic new conclusion to the war.