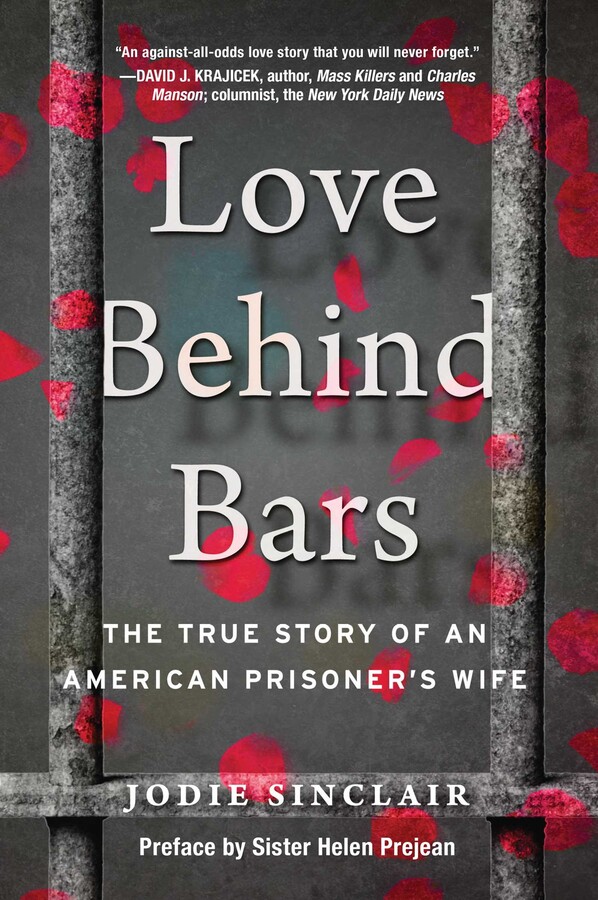 The Powerful, Poignant Story of Love, Courage, and Redemption from Death Row, Where an Indomitable Woman Challenged Corruption in Order to Free her Husband

When TV reporter Jodie Sinclair went to the Louisiana State Penitentiary, also known as the Death House at Angola, in 1981, she expected to report about the death penalty and leave. She never expected to fall in love. Billy Sinclair was an inmate at Angola, sent there for an accidental murder during a robbery gone wrong. After facing a trial which was skewed against him and being sentenced to death, he saw first-hand the corruption and abuse rife in the criminal justice system, and he began an unrelenting crusade for reform. When the pair married by proxy a year after meeting, Jodie took up Billy’s fight.

From then on, she lived with one foot in the outside world and one in the complex and dehumanizing bureaucracy of the prison world. This incredible memoir tracks her heroic twenty-five-year fight to save her husband from dying in prison, the professional setbacks she suffered for marrying a prisoner, and a pardons scandal in which she wore a wire for the FBI to help her husband expose corruption in the criminal justice system leading all the way to the governor's office, which put a target on Billy's back. It is the uplifting true story of a woman who stood by her man, and in doing so, exposed the horrors of our criminal justice system and became a voice for all those who have loved ones behind bars.

"He was a prison lifer, a convicted teenage killer raised amid despairing poverty who found personal redemption behind bars. She was an ambitious TV reporter whose posh childhood included an education abroad. A momentous interview at Louisiana’s Angola Prison set the mismatched pair on a riveting journey as Jodie Archer Bell—stung by the weak-kneed “shock” of irrational love at first sight for the quietly self-assured, handsome prisoner—upended her life to become the wife and fierce advocate of Billy Wayne Sinclair. Together, they embarked on a maddening, twenty-five-year odyssey to free Sinclair. Jodie Sinclair tells this singular story of unlikely love with an astute journalist’s eye for detail, tempered with dozens of their impassioned letters as they endeavor to understand their operatic romance. Along the way, she lays bare the casual cruelty of a penal system where bureaucratic whimsy or blatant corruption often “shreds lives in the name of justice.” Theirs is an against-all-odds love story that you will never forget.”
—David J. Krajicek, author of Mass Killers: Inside the Minds of Men Who Murder and Charles Manson: The Man Who Murdered the Sixties and weekly columnist for New York Daily News

“Jodie Sinclair’s searing story of love, endurance, and a decades-long battle for justice is an unforgettable saga. Not only is her book a powerful indictment of Louisiana’s criminal justice and prison system, but it’s a testament to Sinclair and her husband Billy’s struggles against a corrupt prison system. I was deeply moved by their courage and by their commitment to each other in the face of seemingly impossible odds.”
—Julia Flynn Siler, New York Times bestselling author of The House of Mondavi, Lost Kingdom, and The White Devil's Daughters

"A gripping read. Jodie Sinclair takes us on a 25-year quest to find redemption for her beloved husband. The harrowing tale of her battle for his freedom from one of America’s most notorious prisons reveals the beautiful humanity of so many incarcerated and unincarcerated individuals. It exposes many of the horrible flaws that plague our criminal justice system, crippling our country under the burden of mass incarceration and the grotesque stereotypes left in its wake. The Sinclair’s story challenges us all to examine what purpose prison serves in our society and to question how we view those who currently tread (or once trod) any of the countless prison big yards scattered across our nation. Is the system broken?  Is it designed to perpetuate pain and injustice? Can people who committed crimes change? Do they deserve a second (or third) chance to earn the right to be respected citizens with equal opportunity? Can they earn redemption? Read this and decide for yourself."
—Spencer Oberg & Vik Chopra, cofounders, Unincarcerated Productions

Praise for A Life in the Balance: The Billy Wayne Sinclair Story

"[A] blistering memoir . . . This is a powerful tale, and readers will be shaken by the sorrow, greed, and corruption they encounter within it."—Publishers Weekly

"A . . . vivid account of life beyond the  bounds of decency."—Kirkus Reviews

"There are plenty of academic studies detailing the inadequacies of the US criminal justice system. This is the inside story: the devastating tale of 35 years in Louisiana's prisons for a homicide that prosecutorial misconduct turned into a capital crime. . . . Sinclair's story puts a human face on the mind-numbing statistics about the millions of Americans whose lives are defined by jails and prisons."—Chicago Review

"By his actions, by his conduct, and by his personality, Billy Wayne Sinclair has convinced a lot of people that he has paid his debt to society and that he should now be released, and with A Life in the Balance: The Billy Wayne Sinclair Story he will no doubt convince many more."—The Lawyer's Bookshelf