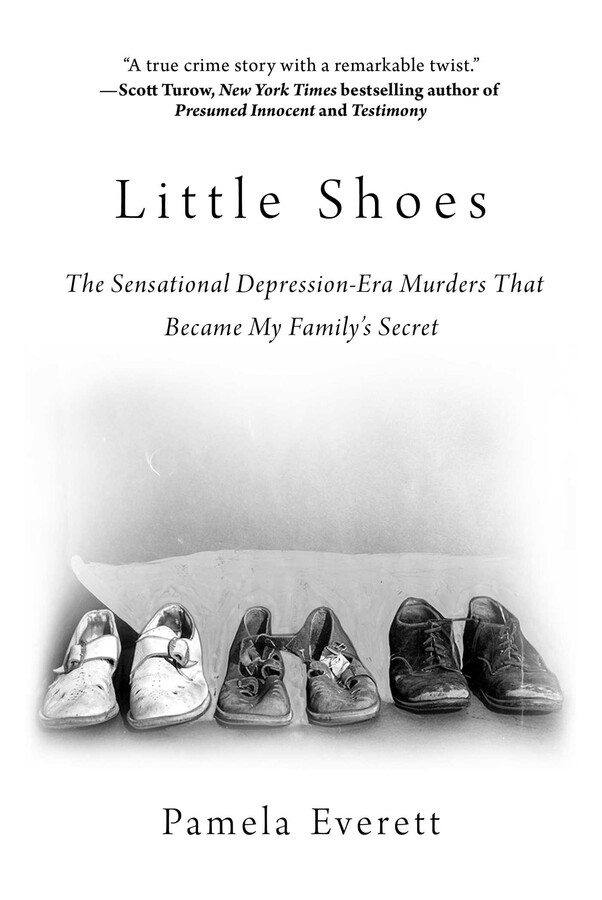 The Sensational Depression-Era Murders That Became My Family's Secret

In the summer of 1937, with the Depression deep and World War II looming, a California triple murder stunned an already grim nation. After a frantic week-long manhunt for the killer, a suspect emerged, and his sensational trial captivated audiences from coast to coast. Justice was swift, and the condemned man was buried away with the horrifying story.

But decades later, Pamela Everett, a lawyer and former journalist, starts digging, following up a cryptic comment her father once made about a tragedy in their past. Her journey is uniquely personal as she uncovers her family's secret history, but the investigation quickly takes unexpected turns into her professional wheelhouse.

Everett unearths a truly historic legal case that included one of the earliest criminal profiles in the United States, the genesis of modern sex offender laws, and the last man sentenced to hang in California. Digging deeper and drawing on her experience with wrongful convictions, Everett then raises detailed and haunting questions about whether the authorities got the right man. Having revived the case to its rightful place in history, she leaves us with enduring concerns about the death penalty then and now.

A journey chronicled through the mind of a lawyer and from the heart of a daughter, Little Shoes is both a captivating true crime story and a profoundly personal account of one family's struggle to cope with tragedy through the generations.

“This is a true crime story with a remarkable twist—two of the victims were the author’s aunts, whose short lives and painful deaths in 1937 were unknown to Pamela Everett until she was fifteen. A lawyer and former journalist, Everett dissects the past with skill and compassion, poignantly demonstrating how a crime of this magnitude ripples through the generations and how its pain is not erased by a rush to judgment of the purported killer.”
—Scott Turow, author of Presumed Innocent and Testimony
“Everett’s writing is clear, her style is easy to read. It’s hard to put the book down. Everett’s case is made and the reader hopes, right to the last chapter, that some saving grace will barrel through the prison and save Albert Dyer.… Little Shoes is disturbing in many ways, but Everett lays out the facts clearly and concisely. Everyone interested in fairness for all involved in such events should read this book.”
—Judith Reveal, New York Journal of Books

“With the skills of a journalist, training as an attorney, and a close family connection to two of the victims, Pamela Everett is uniquely qualified to tell about the sensational 1937 murders of the 'Three Babes of Inglewood.' She writes compellingly about the killings’ devastating effect on her family and how she navigated relatives’ deeply buried pain to help bring the story to light. Everett also raises provocative questions about the innocence of Albert Dyer, a man with a diminished mental capacity who was hanged for the murders. People often ask why Elizabeth Short’s family never discusses the Black Dahlia case. This book is the best answer I have seen in showing how families bury the emotional pain of a loved one’s horrific murder.”
—Larry Harnisch, LA historian and leading expert on the Black Dahlia case, with twenty-seven years at the Los Angeles Times

“Pamela Everett’s mesmerizing investigation into the murder of her two aunts—a crime that riveted our nation in the 1930s—is unlike any book I’ve ever read. Compelling from its opening sentence, Little Shoes takes readers on an unexpected journey that reveals a family’s secrets and poses new questions about the execution of a notorious serial child killer. An attorney/journalist, Everett seamlessly blends memoir with probing reporting, producing a disturbing portrait of a crime everyone assumed was long ago solved. Brilliantly done.”
—Pete Earley, bestselling author and Pulitzer Prize finalist

“Everett uncovered a horrifying tragedy in her own family and tells the story with perfect balance. A wrenching and astonishing true crime story, as relevant today as it was in 1937. A must-read for true crime buffs and criminal justice scholars alike.”
—Catherine Pelonero, New York Times bestselling author of Kitty Genovese and Absolute Madness

“Little Shoes is a riveting true story about a community’s rush to judgment and the potential execution of an innocent man, as real and timely today as it was in 1937. You won’t be able to put it down, and it will stay with you long after the last page.”
—John F. Hollway, Executive Director, Quattrone Center for the Fair Administration of Justice, and co-author of Killing Time: An 18-Year Odyssey from Death Row to Freedom

The Sensational Depression-Era Murders That Became My Family's Secret