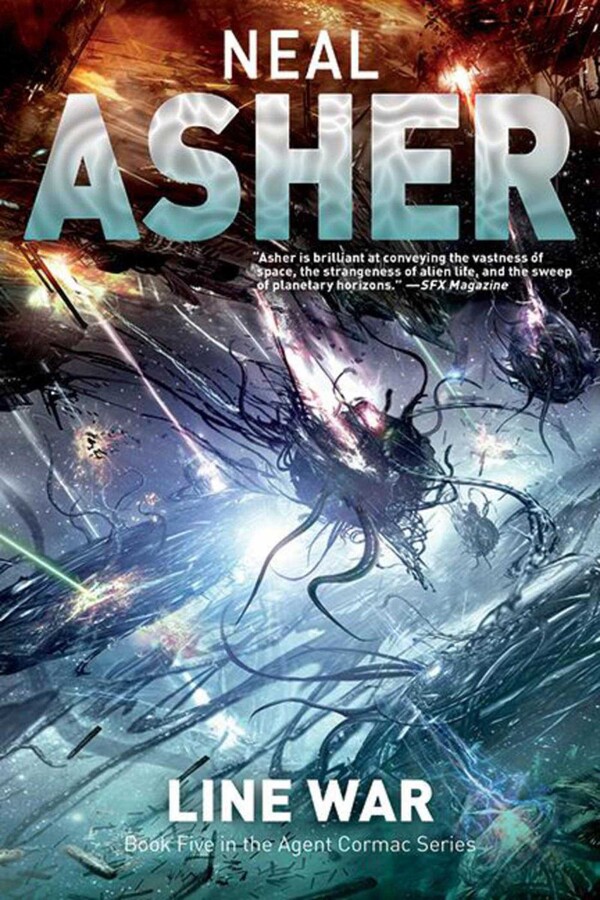 Asher is brilliant at conveying the vastness of space, the strangeness of alien life, and the sweep of planetary horizons.”
SFX Magazine

From the mind of Neal Asher and his Polity universe comes Line War, which has Agent Cormac once again on the trail, investigating an attack of his AI masters. When one of Erebus’s wormships kills millions on the world of Klurhammon for no tactical reason and the AI entity controlling the lethal Jain technology attacks the Polity, Cormac has to figure out the reasons behind these sinister motives.

When further attacks ensue, it brings some of the most dangerous individuals in the Polity to the front lines of the war. This includes Mr. Crane, the indefatigable brass killing machine who sets out for vengeance, and Orlandine, a vastly augmented haiman who herself controls Jain technology, seeks a weapon of appalling power, and finds allies in those who fought in an ancient war.

With death and destruction on the horizon, Mika, the scientist and dragon expert, is kidnapped and forced to wake the makers of the Jain technology from their five-million-year slumber. But are Erebus’s attacks not erratic and instead completely planned out? And could that spell the end of the Polity? Only Agent Cormac can figure it out.