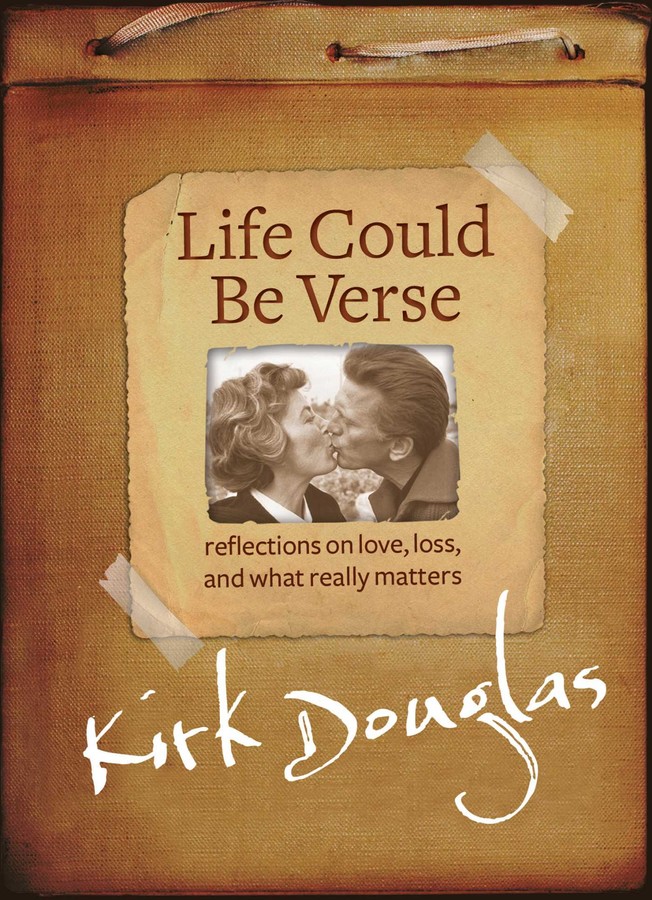 Life Could Be Verse

Reflections on Love, Loss, and What Really Matters

Discover the life and lines of Spartacus. . .

He is Spartacus. And a whole lot more. That rugged chin. Those broad shoulders. A swag epitomized in epic films such as Spartacus and The Bad and the Beautiful. Crowned one of greatest actors of all time, Kirk Douglas, whose son Michael continues to build on his Hollywood legacy, is more than legendary. He's a husband. A father. A philanthropist. A Renaissance man. At 97 years old, Kirk Douglas has embraced many roles. But poet?

Playing on his Yiddish roots, Life Could Be Verse--not worse--gives readers the best seat in the house to the intimate world of an acclaimed actor who has turned the silver screen gold. But his poems transcend pentameters--they are nostalgic celebrations of old Hollywood, of timeless lessons in life and love, reflecting an era when people had few coins in their pockets but an abundance of hope in the promise of the American dream.

Through poems, prose, and photographs, Douglas candidly shares it all as he chaperones us through the stages of his life, including the untimely death of his youngest son and the stroke that left him unable to speak. Still, Douglas doesn't dwell in the sadness. Instead, he tantalizes us with his words, his perspective on life, and some never-before-seen photographs and stories of Marlene Dietrich, Lauren Bacall, Brigitte Bardot and his most cherished leading lady of all, his wife of sixty years, Anne Buydens.

Life Could Be Verse is uncomplicated yet revealing, poignant yet playful. It's the life and the lines of Spartacus-an uplifting reminder that many times the story of our lives is the most entertaining script of all.

(The following is an original poem Kirk wrote about his famous son Michael Douglas):

He took a pause, too long for me

I waited and waited for him to answer

And finally he said, "Ultimately."

But the pause was all I heard

The silence was so loud

I was waiting for some kind word

Something that would make me proud.

How could I have been so dumb?

And I never heard

The answer in the pause,

When he spoke not a word.

I became a "good father,"

It took me too long to see,

When I needed him

More than he needed me.

Life Could Be Verse

Reflections on Love, Loss, and What Really Matters