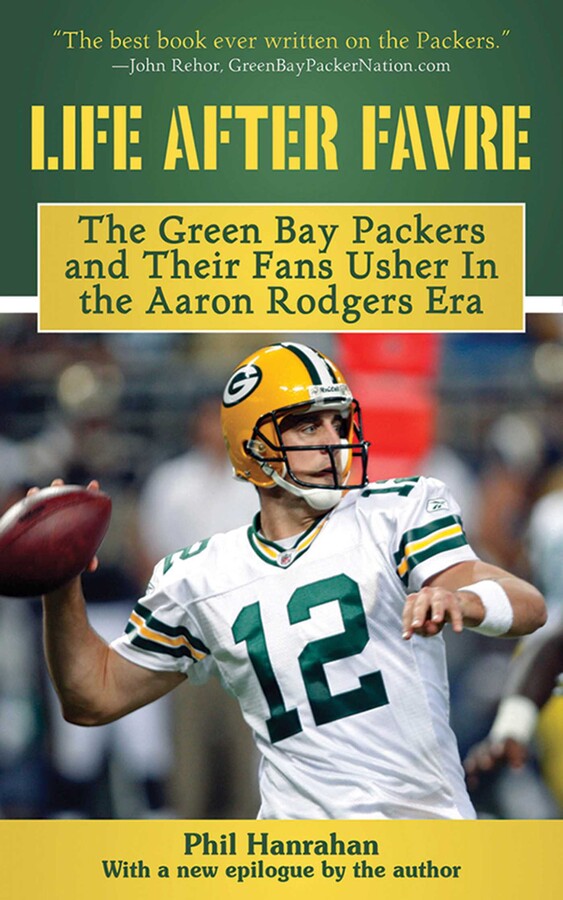 The 2008 football season was one of transition for the Green Bay Packers and their legion of loyal fans. For the first time in seventeen years, the Packers were entering the season without three-time league MVP Brett Favre under center. After a whirlwind summer of rumor and controversy, Packers’ management decided traded the thirty-eight-year-old gunslinger to the New York Jets, leaving Packer Backers” worldwide to cope with life after Favre.

Wisconsin native Phil Hanrahan moved from Los Angeles to Green Bay for the 2008 season. He watched games at Lambeau Field and followed new starting quarterback Aaron Rodgers as he attempted to follow in the footsteps of Favre, a Green Bay immortal. Immersing himself in the worlds of team and town, Hanrahan is reborn a full-blown Cheesehead; living in a hotel that decades earlier had served as the Packers offices, observing training camp practices, interviewing players, attending the Packers’ annual shareholders meeting, tailgating in arctic cold, shoveling snow at Lambeau for $8 an hour, celebrating Packer great Fuzzy Thurston’s 75th birthday at Thurston’s bar, and, at every turn, befriending the scores of die-hard Packers fans he encounters along the way.

Hanrahan also journeys far from Lambeau in his pursuit of adventures in Packer Land. He attends road games in Minneapolis and New Orleans and catches others on TV in small-town Wisconsin taverns. He watches one game in a bar and grill owned by rookie receiver Jordy Nelson’s parents in rural Kansas, another at Mabel Murphy’s, a year-round Packers bar located in Scottsdale, Arizona. He also visits Kiln, Mississippi, Favre’s hometown.

With energy, insight, humor, and vivid color, Life After Favre tells the story of a singular team and town. Hanrahan reveals the incredible scope and breadth of Packer Nation, and in doing so demonstrates how, when you bleed Packer green, even a 6-10 season can be something special.