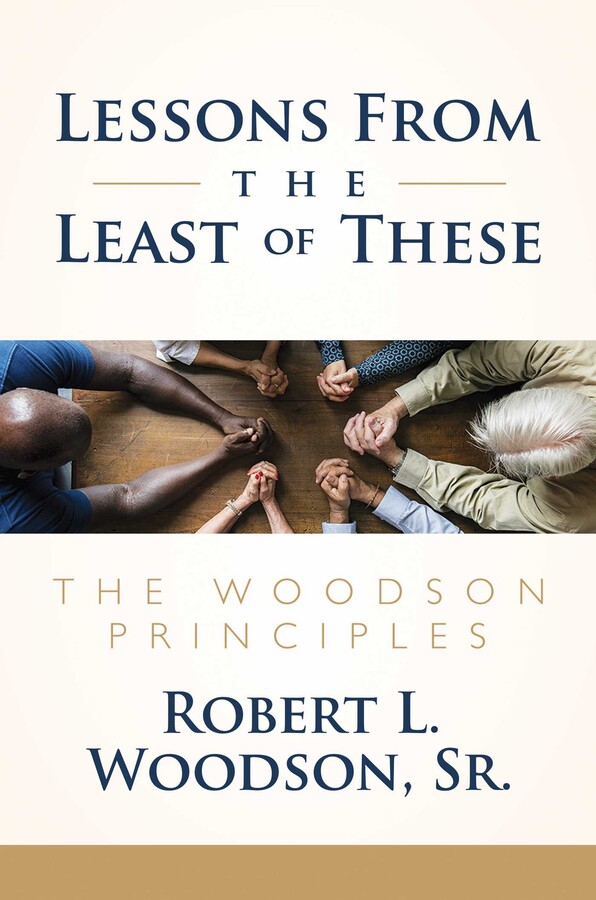 Lessons From the Least of These

As seen on Tucker Carlson!

Become the agent of your own uplift.

This book is about "the least among us," and the extraordinary power of grassroots leaders who are transforming the lives of forgotten men and women in the most toxic neighborhoods. The strategies they applied in healing the most desperate communities also hold the key to healing our divided and empty nation today. From the lessons he has learned from witnessing the work of committed neighborhood  leaders, Robert Woodson has gleaned ten fundamental principles that should be applied to uplift not only those who are at the bottom rung of society, but also people of means who experience the emptiness of life without meaning and purpose. Bob walks the reader through his discovery of each of these life-changing precepts and, along the way, we discover how each of  us can experience new value in our lives and be empowered to contribute to our world.

In reading, you will understand what it takes to overcome adversity and transform people from the inside out. You will feel inspired to adopt these longstanding, proven  values that have generated astonishing long-term results in reshaping lives and homes. Equipped with the information, you will discover a whole new way of approaching revitalization of the world you serve as well as your own life.

God does not choose the capable; He chooses the called and then makes them capable.

"I was brought to the work of urban community development through the teachings and philosophies of Bob Woodson. Those familiar with Mr. Woodson's lifelong work know that his legacy is best reflected in those he personally touches and the countless others he will influence with his Woodson Principles. Within the urban gardens of America, people like Bob Woodson have planted a family tree that sprouts the leaves of shared knowledge, experiences, and relationships that foster a common bond between friends and strangers alike."

"Bob Woodson's book debunks the utopian fantasies of people who presume to know what the poor need, using the wisdom and words of the poor themselves. I hope people listen to him, and more importantly, listen to the people who have been victimized for generations by terrible public policy."

"Bob is on the path to becoming an enjoyable Upton Sinclair—the Sinclair we always needed. He proves that with Lessons from the Least of These: The Woodson Principles. He exposes wrongdoing, humanely and without 'gotcha' tactics. He gives voice to the voiceless. He tells their stories. Give it a read—it's enthralling."

"Bob Woodson does not offer theory or speculation. He speaks from decades in the trenches, supporting self-help efforts to improve the quality of life for poor people—working from the bottom up, not the top down. The lessons are profound and instructive."

"After covering Bob Woodson's award-winning work for more than thirty years, this is the book that I long have hoped he would write. In troubled communities where way too much bad news has happened, Woodson has helped local residents to come together, grow effective leaders, and turn the bad news good. Along the way, he also has learned valuable, thought-provoking life lessons like those he has gathered in this book. The result is a valuable gift that appeals across partisan or sectarian lines in the pragmatic, problem-solving spirit he expressed to me years ago: It's not what's 'right' or 'left' that counts, but 'what works'."

Lessons From the Least of These